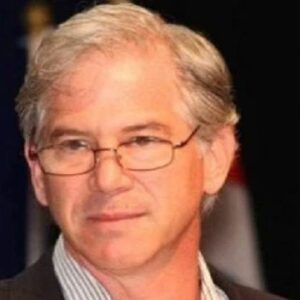 Andrew Stuart Fastow, who went by the name Andrew Fastow, was a criminally guilty corporate executive. He served as the chief financial officer of the energy trading company Enron Corporation in Texas until he was fired just before the company went bankrupt. One of the key architects of the organization’s “network of off-balance-sheet special purpose organizations” was him. Fastow cheated the business of tens of millions of dollars by illegitimately holding individual interests in these independent ghost entities. He was therefore accused of conspiring, committing wire fraud, money laundering, making false claims, committing securities fraud, and engaging in insider trading. He received a six-year prison term. 2011 marked the end of his prison sentence. After his release, Fastow—who is now a speaker—spoke before a number of groups. He once gave a presentation on corporate ethics at Miami University in Oxford and the Leeds School of Business at the University of Colorado Boulder. He has also spoken to students at a number of other universities, including the Leventhal School of Accounting at the University of Southern California, the University of Minnesota, the University of St. Thomas, the University of Houston Bauer College of Business, and the University of Texas.

Andrew Fastow began his career as a teller at the Continental Illinois National Bank and Trust Company in Chicago. He was thereafter employed by the Enron Finance Corp. in 1990. He was appointed the company’s chief financial officer eight years later.

Deregulation of the American energy markets in the late 1990s gave Enron several business opportunities. Fastow created an intricate network of businesses with the dual objectives of producing money for Enron and concealing the significant deficits in its quarterly balance sheets.

Fastow was able to make the company’s balance sheet appear debt-free through this method, despite the fact that it had once owed more than thirty billion dollars. Fastow had a financial interest in these funds on an individual level, and he eventually persuaded some of the biggest American banks to invest in his funds.

He also got in touch with the analysts at these companies and threatened to sack anyone who gave his company a bad review. Fastow’s strategy was so effective that its stock reached an all-time high of $90 the year before the business filed for bankruptcy.

Fastow was accused of fraud, money laundering, conspiracy, and other offenses on October 31, 2002. He consented to serve a 10-year prison term on January 14, 2004. However, because he had consented to work as an informant, he ultimately received a lesser sentence of six years. He completed his sentence and was freed in December 2011.
He agreed to work as a document review clerk for a Houston law company after being released.

On December 22, 1961, in Washington, D.C., the United States, Andrew Stuart Fastow was born to Joan and Carl Fastow. He attended New Providence High School before earning his Tufts University degree in 1983. He later graduated from Northwestern University with an MBA.

Fastow wed Lea Weingarten in 1984; she was the offspring of Miss Israel 1958, Miriam Hadar Weingarten. At Tufts University, the couple had their first encounter.

American entrepreneur Andrew Fastow has a net worth of $500,000. As the former chief financial officer of the Enron Corporation, Andrew Fastow acquired his wealth. Fastow was the subject of an investigation by the U.S. Securities and Exchange Commission in 2001, and a federal grand jury ultimately indicted him on 78 counts of fraud, money laundering, and conspiracy.