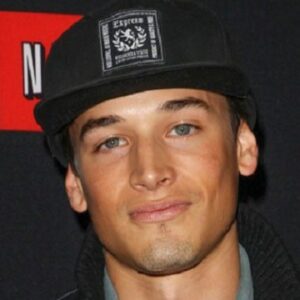 Andrew Gray is an actor from the United States who is best known for his part in the TV series ‘Power Rangers.’ If you like superhero movies, the ‘Power Rangers’ series should be at the top of your list! Five teens are transformed into Champions of Good and battle against all obstacles and evils, thanks to superpowers that allow them to learn not just martial arts but also other types of conflict. It is one of the longest-running American children’s television shows, having aired for twenty-one seasons. Troy Burrows, a.k.a. the Megaforce/Super Megaforce Red Ranger, is played by Gray. His dedication and artistic talent have been praised by critics and the fans alike as the series’ protagonist. Andrew Gray began his career as a model, and it was only afterwards that he decided to pursue acting. He is known for his distinct flair and laid-back demeanor. Gray has become a public celebrity as a result of the amazing success of the Ranger series. He has spoken at a number of conventions and conferences. The aspirant young man aspires to be a director one day!

Gray’s rise to popularity began in 2005, when he began working as a model. He began working for brands such as Hollister, Vanity Fair, and Dior, among others. He was also represented by Wilhelmina, a prestigious agency with offices in Los Angeles, New York City, and Miami, as well as other agencies in San Francisco, Italy, and Asia. Gray took the next significant step in his career when he signed with a commercial and theatrical agency following his highly successful modeling career. As he began to perform national and international advertisements, he gained even more recognition. As people began to identify Gray, he quickly became a global figure in the commercial world.

Gray appeared in the ‘Power Rangers Superforce: The Legendary Battle’ two years later, in 2015. Gray has now returned to school to finish his education. He aspires to work behind the camera one day and recognizes the importance of obtaining a formal education and training in order to perform at his best. Aside from that, he’s been auditioning for a few shows and is very active in public speaking conventions. He motivates, inspires, and guides his audience through his Instagram social media blog, BTC or ‘Beyond the Camera.’

Andrew Michael Gray was born in Sacramento, California, on February 4, 1987. Except for the fact that his mother is from Spain and his father is Native American, little is known about his upbringing.

Andrew’s net worth as an actor isn’t as high as his co-stars. According to The Cinemaholic, Andrew’s net worth is estimated to be approximately $2 million. Andrew is best known for his role in Nickelodeon’s Power Rangers: Megaforce as the red Power Ranger. In addition, he has his own clothing line, AMG Clothing. He’s a model, a music producer, and a manager all rolled into one.