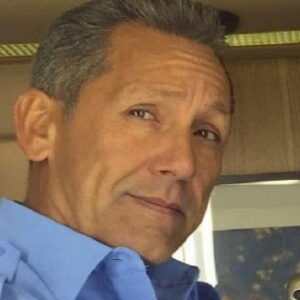 The well-known actor-turned-entrepreneur Angelo Pagan frequently made news for situations involving his personal life rather than his career. Almost every personal event in his life became a matter of conversation for his fans and other cinema enthusiasts, whether it was his tumultuous marriage to his first wife or his second marriage to actress Leah Marie Remini. In terms of his acting career, Angelo has been in a few films, including “Swordfish,” “Almost a Woman,” and “Dance with Me.” He has appeared in numerous television shows and advertisements in addition to movies. He was a member of the band “Salsa Caliente,” and he is the author of the successful album “No Tengas Miedo.” Additionally, he was one of the featured performers on a song that the band “C+C Music Factory” played.

On May 16, 1968, Angelo was born in Puerto Rico. Angelo’s family relocated to The Bronx in New York City not long after his birth, where he was raised. Angelo graduated from City College of San Francisco with a bachelor’s degree. He wanted to be an actor ever since he was in college.

He participated in nearly all of the stage productions his college theatre club put on to hone his acting abilities. He relocated to California at the age of 22 to further his acting career. He signed up for an entertainment agency there with the hopes of receiving modeling and acting offers from the organization.

He rapidly gained favor with magazine photographers because of his attractiveness. He soon began modeling, appearing on the covers of numerous fashion magazines. This opened the door for him to appear in a few advertisements, and soon after that, he was inundated with requests to play multiple roles in other TV series. However, the roles that were given to him were insufficiently important and were overshadowed by those played by other actors.

1989 marked Angelo’s big break when he appeared in the television series “Midnight Caller.” After debuting on NBC on October 25, 1988, the sitcom quickly gained a large following among both viewers and reviewers. The success of the television show had given Angelo’s career the boost it required.

Later, he made his big-screen debut in the love story “Dance with Me.” On August 21, 1998, the premiere of the movie made other well-known filmmakers take notice of Angelo. Even though he had a little part, he was able to outperform Jane Krakowski, Kris Kristofferson, and Vanessa Williams.

The King of Queens, a 1998 comedy series, was the next project he appeared in. Although Angelo joined the cast in 1999, the program premiered on September 21, 1998. He played five distinct roles during his six episodes of appearance. Hector, the envious lover of Leah Marie Remini’s Carrie Heffernan, was his favorite role of all the roles he portrayed. He appeared as this character in the episode “Affair Trade.”

Angelo got a lot of recognition and fame for his significant performance in the 2001 movie “Swordfish.” Warner Bros. Productions’ criminal thriller “Swordfish” was released on June 8th, 2001. Angelo portrayed the role of Torres in the movie. He had an appearance in the made-for-television film “Almost a Woman” that same year. Esmeralda Santiago, a writer from Puerto Rico, was the subject of the biopic.

Later, Angelo appeared frequently in the 2014 television series “Leah Remini: It’s All Relative.” Leah’s life and her experiences as a wife and mother were discussed in the TLC program.

Angelo is a musician as well and even had a brief musical career. He belonged to the musical ensemble “Salsa Caliente.” He has sung a couple of songs for the band while they were on tour. Additionally, the CD “No Tengas Miedo” (Don’t Be Afraid) bears his name.

Angelo started his own business in November 1999. His father-in-law, George Remini, and he now jointly own Vivian’s Millennium Cafe, which he first took over. The café was founded in 1963 and is situated in Studio City, California. It offers mouthwatering food and aromatic Puerto Rican coffee.

Personal Angelo is the father of three children from his first union. Little is known about his ex-wife or the cause of their divorce. Angelo’s alleged persistent infidelity is frequently cited as the reason for their divorce.

In 1996, Angelo met comedian and actress Leah Remini. They both met in a Cuban restaurant, where they later engaged in a lengthy and engaging chat. Soon, their friendship grew, and in 2002, Angelo finally asked Leah to marry him.

He took her to a romantic dinner in Hollywood where he proposed to her in order to make the occasion special. The pair advanced their romance by getting married in the same year. Their wedding was captured on camera and shown on the VH1 special channel. On June 16, 2004, they gave birth to their daughter, Sofia Bella.

Leah shockingly revealed in 2015 that her husband was having an affair with her. But when Leah and Angelo both vowed to reform their ways, the problem was remedied a year later. Leah acknowledged being a self-obsessed person, while Angelo admitted to cheating. The pair have been enjoying their marriage ever since they realized their flaws and made the necessary corrections.

An American actor and producer from Puerto Rico with a net worth of $25 million, Angelo Pagan. He is most known for his roles in the films Swordfish and Almost a Woman. He has also appeared on King of Queens numerous times, most notably in a sequence when he portrays a resentful boyfriend.