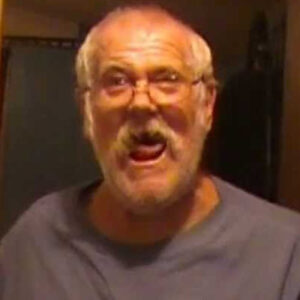 Charles Marvin “Charlie” Green Jr., also known as Angry Grandpa or AGP, is an Internet personality from the United States. Angry Grandpa Charles Marvin Jr. is proof that the Internet has a place for everyone in the globe. With films of his passionate rants, stormy monologues, and bizarre antics, this man, who is approaching 70, has found a particular place in the hearts of both young and old. His YouTube channel, ‘TheAngryGrandpaShow,’ has over 3 million subscribers who check in on a regular basis to see what he’s up to. His family and friends frequently appear on his channel, and they are as as popular as the grandfather himself. Grandpa’s Army, he calls his fans, and the youngsters among them, youngins. He has around 250K Twitter followers but isn’t active on Instagram. He enjoys cooking and is an example of how older Americans live their life, their issues, and a peek of their loneliness. Angry Grandpa is a shining example to his fellow geriatrics of how they may use the internet to fill in the gaps in their lives and remain popular despite their eccentricities.

Charlie uploaded his first video to YouTube in 2010, just as the site’s popularity was growing. He was this foresightful figure who saw the internet’s potential early on. He developed his trademark with this impassioned outburst against YouTube, which had taken down his first video due to bad language, from the very first video.

The following videos followed Charlie as he went about his daily routine, which included cooking, watching movies, and driving around in his automobile. He drew time-worthy short videos from these everyday activities, in which he fails word-association games, digs stuff out from neighbors’ trash, and even tries and fails to effectively experience forbidden narcotics.

There was a video of him celebrating his birthday with his family, playing with his favorite cat, and even yelling at his wife. Charlie eventually succumbed in to the craze of pulling pranks, and it quickly became his favorite pastime. He also used to make regular tirade videos about Justin Beiber, and he would give insightful responses to all of the hate comments he received like a boss.

His younger son Michael, who frequently schemes and executes funny pranks on grandpa, is almost always the man behind the camera. When Grandpa was hosting a yard sale, Michael triggered one of his violent outbursts by repeatedly calling the items garbage, which irritated Grandpa greatly! Michael tried to surprise Grandpa by jumping out of the tub and throwing a bag of flour on him in one of the channel’s most popular videos, but Grandpa outsmarted him and christened him PICKLEBOY, a name that has clung to him ever since. Bridgette Nicole West, his girlfriend, has been given the nickname PickleGirl to match Michael’s.

The channel’s most popular video features an irate grandpa breaking Michaels’ coffee table as well as a relatively new PS4 console! It’s understandable, given that he anticipated Michael to come over and assist him in baking Christmas cookies, which he clearly did not accomplish. The video has received over 28 million views thus far!

Charlie also has a second YouTube channel, Grandpa’s Corner, in addition to the original. Charlie primarily produces vlogs on Grandpa’s Corner, but he also conducts a Mailbox Monday feature in which he opens and personally addresses fan letters every Monday. There aren’t many angry rants on this channel, which currently has around 750K subscribers.

Angry Grandpa has been on various top-rated television talk shows and websites, including Dr. Drew, MTV’s Pranked, TruTV’s Most Shocking, Rude Tube, and Break.com. Other YouTube channels, such as Ray William Johnson’s, have featured his videos.

Some of the films on the channel have over 15 million views, turning the retired firefighter’s channel into a lucrative source of revenue. Angry Grandpa’s earnings from the channel alone are estimated to be in the millions of dollars. He has endorsements and product feature partnerships on top of his YouTube revenues, and he has lately moved out into the world of merchandising, bringing his net worth to a whooping $2 million in 2017.

The USP of Angry Grandpa

Grandpa’s reaction to everything in life comes out as a bitter old man who has seen it all and is looking forward to the end. He is obnoxious, noisy, and destructive. But he manages to weave all of these imperfections into a circle that also conveys a story of vulnerability. The two videos in his channel are true proof to this fact. The first is when his son Michael tells Grandpa about his new house, and the second is when he tells Grandpa that he has bought him his dream car. The presentation of emotions is simple and heartfelt, and it is sure to warm the hearts of the viewers.

Michael and his dad had a really special relationship which is very much clear from the videos. Grandpa would scream his head off over Michael’s words, and they would continuously prank each other. Michael, on the other hand, is the one who is responsible for turning his father into the internet superstar that he is, and he is highly interested in realizing his father’s dreams and ambitions.

Charles was born and reared in the Sherwood Forest area of Charleston, South Carolina. He worked for the North Charleston Fire Department as a firefighter. He has also worked in a variety of other occupations, including as a maintenance man and even as the owner of a small business. He has four children, two sons and two daughters, as well as six grandkids.

Tina Marie, his wife, and he divorced in 2012. Charles is currently dealing with Bipolar Disorder and is taking his medicine on a regular basis. He also had a hernia, which necessitated surgery. Charles was diagnosed with skin cancer in February 2017, according to a video. His channel issued a statement, as well as a statement stating that, despite everything, they will continue to upload videos. They’ve maintained their word and have been updating the feed with regular updates on his condition.

On December 10, 2017, he died of cirrhosis at his home in Summerville, South Carolina.

Angry Grandpa’s Net Worth is about $1.2 million.