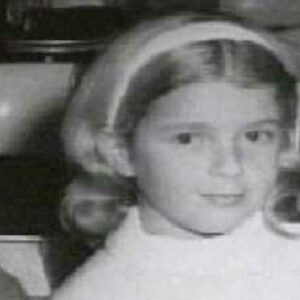 American child actress Mary Anissa Jones achieved fame in the role of Ava Elizabeth “Buffy” Patterson-Davis on the sitcom “Family Affair” on American television. When she was just six years old, she made her acting debut in a breakfast cereal commercial, which served as her first television feature. After a few years, she landed Ava Elizabeth “Buffy” Patterson-Davis, the most iconic character of her career, in “Family Affair.” She became somewhat of a kid star as a result of the series’ five seasons of success and long run. Even the doll she used in the show, which was manufactured by “Mattel,” became a best-seller in North America. Although she became well-known, Anissa’s young age was affected by her busy schedule, promotions, and the show’s merchandise, which included lunch boxes, paper dolls for Buffy, apparel, and a clothing line. Anissa wanted to pursue a career in movies after the show, but she had trouble landing the roles she wanted. She resumed her studies and cut her ties to show business forever. She had a number of personal issues and her away at the age of 18 from a combination of drug intoxication.

Anissa was born on March 11, 1958, in West Lafayette, Indiana, in the United States to John Paul Jones, a Purdue University teaching member and engineering graduate, and Mary Paula Jones, a zoology student (née Tweel). The Arabic meaning of Anissa, her middle name, is “Little Friend.”
When she was two years old, her mother signed her up for dance lessons.

After her brother John Paul Jones, Jr. was born, her family moved to Playa Del Rey, California. Her father began working as an aerospace engineer in Playa Del Rey, and she enrolled in Paseo del Rey Elementary School.

Anissa attended an open casting call for a 1964 breakfast cereal commercial with her mother in tow. She won the television ad, her first on-screen appearance. Later, she went to Orville Wright Junior High.

For their upcoming television sitcom “Family Affair,” producers Edmund Beloin and Henry Garson were looking for cast members. They were impressed by the eight-year-old Anissa’s acting abilities, which led to the series giving her the lead part of Ava Elizabeth “Buffy” Patterson-Davis.
From September 12, 1966, to September 9, 1971, 138 episodes of “Family Affair” aired on CBS over 5 seasons.

Her character, “Buffy,” was initially intended to be the elder sister of Johnny Whitaker’s Jody. After Brian Keith, who played Uncle Bill in the series, insisted on it, her character was later rewritten as Jody’s twin.
The little girl’s full-time job became filming “Family Affair” or its public marketing, which was frequently difficult because she frequently had to work seven days a week throughout the year. But all of that effort paid off, and by the time the show became successful in July 1969, Anissa was a household name, gaining recognition and popularity.

She fractured her right leg as a result of a playground injury she had in April 1969. Even that injury was created by the producers and incorporated into the series’ screenplay.
The toy maker “Mattel” created Buffy’s doll, Mrs. Beasley, which she was frequently seen carrying during the series as a result of Anissa’s growing popularity, especially among young girls. Buffy claimed that the doll spoke to her, and “Mattel” advertised it as a talking doll in keeping with that claim.

While the Mrs. Beasley doll was a top seller in North America, Mattel also produced two more dolls that were based on Buffy: the talking “Small Talk Buffy” doll, which included Anissa’s voice, and the “Tutti”-sized Buffy doll.

Anissa took involved in marketing efforts for many of the other “Family Affair”-related products that were released, including coloring books, lunch boxes, paper dolls, and a clothing line. A cookbook featuring Anissa on its cover first appeared in 1971.

She participated in a few more television shows while enjoying “Family Affairsuccess. “‘s In episode 15 of season 5 on December 26, 1967, she appeared as co-host of the one-hour American variety program “The Hollywood Palace.”

On March 11, 1968, NBC broadcast the eighth episode of Season 1 of the American sketch comedy television series “Rowan & Martin’s Laugh-In,” which featured her in the role of herself.

She played Carol Bix in the comedy movie “The Trouble with Girls,” which was released in 1969 and starred Elvis Presley. The American sitcom “To Rome With Love,” which was shown on CBS, featured her as Buffy in an episode titled “Roman Affair” the next year.

On February 25, 1971, she appeared on “The Dick Cavett Show,” which was hosted by renowned American TV personality, talk show host, and comedian Dick Cavett, alongside American singer-dancer-actor-comedian Sammy Davis Jr. and American classical pianist Garrick Ohlsson.
Anissa intended to enter the film industry after “Family Affair” ended abruptly, but she had trouble landing the roles she wanted.

The film’s director felt that because of the syndicated daytime reruns of “Family Affair,” her image as Buffy would still be fresh in audiences’ minds and that moviegoers might mistake the possessed character in the movie as Buffy, so she was passed over for the role of Regan MacNeil in the American supernatural horror film “The Exorcist,” which was later released in 1973.

Her ‘Family Affair’ co-star Brian Keith offered her a young adult role in his American sitcom ‘The Brian Keith Show (1972–1974), but she turned it down because she was no longer interested in acting on television.

After “Family Affair,” her career in the entertainment sector was effectively over. She subsequently started classes at Westchester High School in Los Angeles and began a new life away from the glitz and glamour of show business.

Her parents’ horrible divorce in 1965 began to disrupt her personal life at the same time. Stress for her and her brother’s custody was another factor. In 1973, the father was ultimately granted custody of the kids.
But shortly after gaining custody of the kids, her father passed away from heart disease, and her brother moved in with their mother. Anissa, on the other hand, moved in with a friend and began taking vacation days.

She was detained by the police when her mother reported her as a fugitive. She was kept in a youth detention facility by the state for several months before being allowed to live with her mother. Over time, she developed a drug problem and began shoplifting.

She dropped out of high school and spent some time working at the Playa Del Rey location of Winchell’s Donuts. She would frequently be recognized by customers since she had once been a well-known child star, which only made her feel worse.

She became eligible to manage her own acting earnings after turning 18 in March 1976, as well as certain US savings bonds that were up until that point held in a trust fund on her behalf. She then moved in with her brother Paul in a rented apartment.

On August 28, 1976, she overdosed on drugs and passed away in the US city of Oceanside, California, at the home of one of her friends, Helen Hennessy. She apparently partied in the beach town the night before with her new boyfriend Allan “Butch” Koven and other people. Her ashes were cremated and scattered over the Pacific Ocean.

Dr. Don Carlos Moshos was detained for illegally prescribing Seconal to Anissa six days after she passed away. There were 11 crimes against him, including second-degree murder. However, before the decision in the lawsuit was announced, which ruled Moshos 30% responsible for Anissa’s passing, he passed away on December 27, 1976, from cancer.

Anissa Jones is one of the wealthiest and most well-known TV actors. Anissa Jones’ net worth is roughly $1.5 million, according to our analysis of data from sources like Wikipedia, Forbes, and Business Insider.