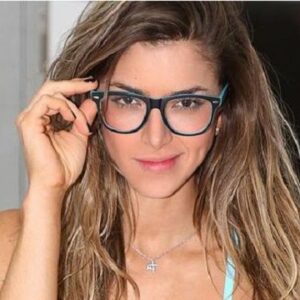 Anllela Sagra is a fitness model, personal trainer, bodybuilder, and social media presence from Colombia. She has risen to become one of the most powerful people in her business in recent years, thanks to her natural attractiveness and strict work standards. Her original ambition was to work as a regular model and fashion designer. She even graduated from the University of Colombia with a degree in fashion design. However, after meeting a fitness enthusiast at the gym, she decided to pursue a career as a fitness model. Female bodybuilders are still a relatively new notion in Colombia, where women’s muscles are not regarded as attractive. Despite this, Sagra began weight training and began to add muscle to her already slender frame. She was soon competing in fitness competitions and gaining followers on social media from all around the world. She has almost ten million Instagram followers and more than one million Facebook fans. She has 22.5 thousand followers on Twitter and 265 thousand subscribers on YouTube, two social media channels where she is rarely active these days. She has an app that is available on both the Apple App Store and Google Play.

Anllela Sagra was born in Colombia on October 6, 1993. Laura Sagra, her sister, is a well-known fitness model with over 408 thousand Instagram followers.

Sagra has wanted to be a model since she was a child. She chose to pursue fashion design at the University of Colombia after graduating from high school. She was only able to model on weekends. Colombians did not think women with muscles appealing, thus she was incredibly thin. She met a fitness trainer one day while going through her gym routine who would eventually change her view and life.

Anllela Sagra started working out seriously and gradually increased her time spent at the gym. As a result of her increased muscle mass, her modeling job became more erratic. Many of her friends, family members, and acquaintances noted the changes in her and urged her to stop because they were concerned that she would “damage” her body. She was, however, genuinely enthusiastic about exercise and had a specific objective in mind.

She competed in a fitness competition and came in third place a year and a half later. It actually astonished her because, as a newcomer to bodybuilding, she had not expected to do so well. She also received excellent remarks from judges and well-known members of the industry.

During this time, she was torn between being another another traditional model in Colombia and becoming the first Colombian fitness model. She was afraid of the backlash she would face if she became a fitness model, and she pondered if it would be worth it.

She eventually decided to take the plunge and pursue a career as a fitness model. Since then, she has declared that it was the best move she has ever made.

Her decision to document her transition from traditional modeling to fitness modeling and beyond proved to be a wise one in the digital era. Her celebrity increased quickly, and she quickly became one of the most well-known Instagram celebrities in her field. She used practically all of the social media sites that were available to her. She created a Facebook profile, a Twitter account, a Snapchat account, and even a website to promote herself. She started her YouTube channel on September 26, 2014, and the first video was released on February 24, 2016. Despite only posting content on YouTube on a periodic basis, she has 265 thousand subscribers.

Her Instagram posts attract millions of views and thousands of comments each time they are shared. To mention a few, she has been on the covers of ‘Fitness Curves,’ ‘Iron Man,’ and ‘Tendencia.’ She also appears in Olympia on a regular basis. 1Up Nutrition, a supplement company based in the United States, is Sagra’s sponsor.

Anllela Sagra has been dating Tomas Echavarria, a fellow bodybuilder and athlete, since 2015. He has starred in several of her fitness videos and has worked out with Sagra in a couple’s training session.

She has an estimated net worth of around $500k.