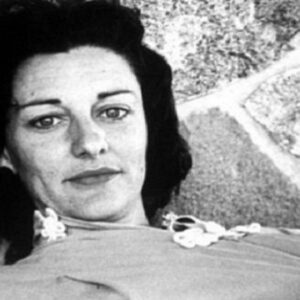 Anne Sexton was a well-known American poet who was noted for her deeply personal and confessional poems, which dealt mostly with her lengthy battle with depression, suicide impulses, and numerous intimate parts of her personal life. ‘Live or Die,’ a compilation of largely free-verse and rhythmic poetry published in 1966, was one of her best works. In 1967, she was awarded the Pulitzer Prize for this book. It’s worth noting that her writing began as a form of treatment, as her therapist pushed her to express herself through writing. Her psychiatric troubles inspired her to write and publish books, which she did through her poetry. She had a difficult background and struggled with mental health concerns throughout her life. Her mental health was exacerbated by a tumultuous marriage and the birth of her children. She had never known true happiness despite living a life of material prosperity. Her life was further complicated by a series of turbulent sexual affairs, which ended tragically at the age of 45.

Anne Gray Harvey was born on November 9, 1928, in Newton, Massachusetts. Ralph Harvey, a successful woolen maker, was her father, and Mary Gray Staples was her mother.

She grew up in a comfortable middle-class family in Weston, Massachusetts, yet she was dissatisfied with her existence. She had a close relationship with her maiden great aunt ‘Nana’ (Anna Dingley), who stayed with the family during her adolescence, despite the fact that she didn’t get along with her parents.

She used to despise going to school and struggled to concentrate. She married Alfred ‘Kayo’ Sexton II when she was 19 years old. Her first child was born in 1953, and her second was born in 1955.
She had her first breakdown after the birth of her first daughter and was sent to a neuropsychiatric hospital. Her sadness intensified with the birth of her second child, prompting her to seek treatment once more.

Her therapist encouraged her to begin writing about her thoughts and feelings while she was in therapy. This drove her to join other writing organizations, which led to friendships with a number of prominent poets, including Robert Lowell, George Starbuck, and Sylvia Plath.

Her literary career began when she attended a poetry workshop hosted by John Holmes. ‘The New Yorker,’ ‘Harpers’ Magazine,’ and ‘Saturday Review’ all published a number of her poetry. She later proceeded to Boston University to study, and she quickly learned the techniques of poetry, resulting in her becoming well-known.

At the Antioch Writer’s Conference in 1957, she met W.D. Snodgrass, a well-known American poet. They became fast friends, and he used to motivate and inspire her to write poems. Around this time, she met Maxine Kumin, with whom she became good friends and collaborated on four children’s books.

Anne Sexton acknowledged the impact Snodgrass had on her and her art in an interview. ‘Heart’s Needle,’ by Snodgrass, she stated, had a big influence on her. She also mentioned how everyone was critical of her and discouraged her. They used to think her writing style was too personal and candid, and they advised her to change it. However, Snodgrass’s works inspired her to continue writing in her own style.
Her poetry collection, ‘To Bedlam and Part Way Back,’ was published in 1960 and earned a lot of praise and excellent reviews.

Her mental troubles worsened in the late 1960s after she abruptly lost both of her parents. This had a negative impact on her career. She did, however, continue to write poems and have her work published. She also formed a jazz-rock band with a group of musicians that used to accompany her poetry with music. She also collaborated with Barbara Swan, a well-known American painter and illustrator, who illustrated many of her works.

She became well-known after the publication of her books ‘Love Poems’ (1969) and ‘Transformations’ (1971). One of her feminist works, ‘Transformations,’ showed her becoming less of a confessional writer and more of a critic of cultural processes, and more inclined to hunt for content outside of her own identity.

At a period when none of those issues were deemed appropriate for poetry, she wrote candidly about menstruation, abortion, incest, infidelity, and drug addiction. As a result, she became a hot topic.

‘Live or Die,’ for which Anne Sexton earned the Pulitzer Prize for Poetry, is her most well-known poem. Some of the poems are written in free verse, while others are written in rhyming couplets. The chronologically ordered poems are primarily on Sexton’s tumultuous relationships with her mother and daughters, as well as her treatment of her mental illness.

‘Transformations,’ a collection of poem-stories, was a bizarre rewriting of seventeen Grimms fairy tales, including ‘Snow White,’ ‘Frog Prince,’ and ‘Red Riding Hood.’ The retelling of these well-known stories was done in a very personal manner, which the critics praised.

‘The Awful Rowing Toward God,’ which she penned after her death in 1975, was published posthumously. Her meeting with a Catholic Priest motivated her to write this book since he had given her the willpower and drive to keep living and writing. In this book, she also examines many topics such as the existence of God and the meaning of life.

In 1967, Anne Sexton’s book ‘Live or Die’ won the Pulitzer Prize for Poetry.
She was a Royal Society of Literature fellow.
She received a Guggenheim Fellowship and held professorships at two prestigious American universities, Colgate University and Boston University.

At the age of nineteen, Anne Sexton married Alfred Muller Sexton II. They had two daughters together. The marriage was tumultuous, with insecurity and abuse. She also didn’t have a nice relationship with her children, and it’s been suggested that she abused them on multiple occasions.

Sexual assault by her parents during her childhood was seen to be one of the main causes of her mental problems, which resulted in fear and trauma from an early age.

She had given her doctor several tapes, which were disclosed after her death. According to the tapes, her inappropriate behavior against her daughters was revealed.

She was also accused of having an affair with one of her therapists, which remained a source of controversy throughout her life. This relationship is thought to have been the catalyst for her suicide in 1974.
On October 4, 1974, she committed suicide. She locked herself in her garage and started her car, poisoning herself with carbon monoxide.

Anne is one of the wealthiest poets and one of the most well-known. Anne Sexton’s net worth is estimated to be $1.5 million, according to Wikipedia, Forbes, and Business Insider.