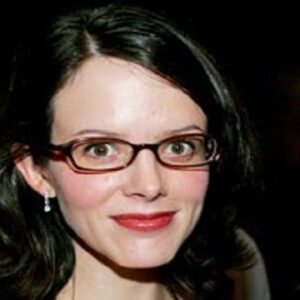 Anne Stringfield is best known as the second wife of legendary actor and comedian Steve Martin. She is an American writer and former staffer for the New Yorker magazine. When she met her future husband in the mid-2000s, she was working as a fact-checker for the journal. She was a freelance writer for the ‘Vogue’ magazine for a period of time. She has also published art and off-Broadway theatrical reviews. Her husband is a trustee of the Los Angeles Museum of Art, and is a dedicated art collector. Her marriage to Martin, who is nearly three decades her senior, made headlines in 2007, but the celebrity wife has largely avoided the spotlight in the years afterwards, with the exception of a few family outings.

Dr. James Stringfield and Margo Stringfield gave birth to Anne Powell Stringfield in Pensacola, Florida in 1972. Her father is a pulmonologist, while her mother works at the University of West Florida as an archaeologist. She has a younger sister and is the eldest child of her parents. She graduated from Davidson College in 1994 after attending Pensacola High School as a student.

Despite being married to a Hollywood star, Anne Stringfield is camera-shy and prefers to live a secluded life away from the paparazzi’s prying gaze. According to her spouse, she never accompanied him on the red carpet or to star-studded events. She even managed to escape the media after the birth of her daughter in December 2012, despite the fact that her husband, a first-time parent at the age of 67, was the center of attention. In June 2015, she received unanticipated media attention when she joined her husband to the Dolby Theatre in Los Angeles to accept the 43rd American Film Institute Life Achievement Award. Tina Fey, Martin’s co-actor and friend, made a joke about Stringfield’s uncanny resemblance to her in her speech, saying that he married “a woman who is the younger, thinner, smarter version of me.” Later, in response to the remark, Martin joked that she did look like Fey in an interview with ‘People.’ Aside from that, she has remained a media enigma.

While working as a fact-checker for the ‘New Yorker’ in the mid-2000s, Anne Stringfield met the comedian and actor for the first time. She was given the task of double-checking one of his comedic works, which required her to phone him multiple times. Before meeting in person, the two communicated over the phone for approximately a year. Stringfield apparently piqued Martin’s interest, despite the fact that he is an introvert despite his celebrity. He subsequently described her as “possibly the kind of beauty that drove the Romantic poet to write “the entire ‘violet by a mossy stone’ thing,” quoting a line from Wordsworth about their first meeting.

On July 28, 2007, the two secretly married after three years of dating in a surprise party at Steve Martin’s Los Angeles home. The majority of the 75 guests, including his close friends Tom Hanks and Eugene Levy, comic Carl Reiner, and magician/actor Ricky Jay, were uninformed of the marriage and had just come to celebrate. Senator Bob Kerrey of Nebraska presided over the wedding ceremony, which took place under the stars in the open air. The maid of honor was Anne Stringfield’s sister, and the best man was Lorne Michaels, creator of ‘Saturday Night Live!’ Martin was previously married to British actress Victoria Tennant from 1986 to 1994, which was Stringfield’s first marriage. He is also said to have dated a number of high-profile celebrities, including Bernadette Peters and the late Carrie Fisher, as well as artist Cindy Sherman. Following their wedding, the couple spent their honeymoon in the West Indies.

At the age of 40, Anne Stringfield gave birth to their first child, a daughter called in December 2012. Despite being married for nearly a decade, the 67-year-old comedian became a parent for the first time. Martin gave interviews to various TV shows and magazines about his experience becoming a father at that age, which made headlines in the entertainment sector. In an interview, he stated that he would have made a terrible dad in the past, but that now that he is no longer worried about his job, he can spend as much time with his daughter as he wants. The name of the girl was also kept a mystery for a long time, with Martin joking on The Late Show With David Letterman in April 2013 that ‘Conquistador’ was one of the names they were considering. Stringfield, on the other hand, has only made a few media appearances with her kid since her birth.