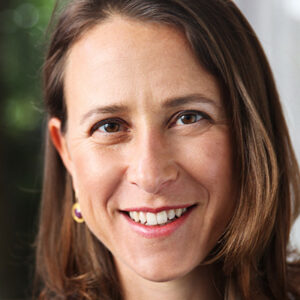 Anne E. Wojcicki is a well-known American entrepreneur and the CEO and co-founder of the personal genomics start-up ’23andMe.’ She is a pioneer in bringing genome mapping to the general public for the purpose of tracing linage and medical treatment. Both of her parents were eminent educators. She was previously married to Sergey Brin, co-founder of Google. She and her husband were once one of Silicon Valley’s most powerful couples. Their marriage, however, ended after two children, and Wojcicki began dating New York Yankees slugger Alex Rodriguez. Their relationship garnered widespread attention on social media due to their disparate backgrounds. This did not stop Wojcicki from living her life freely. She is a strong advocate for women’s equality and a successful entrepreneur. In 2008, Times Magazine named her saliva-based personal genome test kit the ‘Invention of the Year.’ She has a clear vision for what she wants to accomplish and was named ‘The Most Daring CEO’ in the October 2013 issue of the American business magazine ‘Fast Company.

Anne Wojcicki was born in San Mateo County, California, to Stanley and Esther Wojcicki on July 28, 1973. Her mother was of Jewish ancestry, whereas his father was of Polish ancestry. Susan and Janet are her sisters. Susan rose to the position of CEO at You Tube, while Janet is a renowned anthropologist and epidemiologist at the University of California.

Her parents were both educators. Anne grew up on the Stanford University campus with her sisters, where her father was a physics professor. Her mother was a journalist and a member of the board of directors of ‘Creative Commons,’ a non-profit organization. She was athletic and learned figure skating and ice hockey on campus at a young age.

She joined her sisters at Gunn High School in Palo Alto, California. The school administration recognized her writing ability and command of the language, and she was appointed editor of the school magazine, ‘The Oracle.’ She enjoyed writing about sports and was awarded a scholarship for her efforts.

Anne Wojcicki continued her education at Yale University, where she studied biology. Her passion for sports persisted throughout her university years. Throughout her youth, she participated in competitive ice skating and was a member of the university’s women’s ice hockey team. She earned a bachelor’s degree in biology in 1996 and went on to conduct molecular biology research at both the National Institutes of Health and the University of California, San Diego.

From her earliest years, Anne believed in gender equality and dedicated herself to achieving her own goals, both on and off the job. Her mother was the most influential person in her life and was primarily responsible for instilling in her the confidence to believe in herself and pursue her own life mission.

Anne Wojcicki began her career as a health care investment analyst at ‘Passport Capital,’ a San Francisco-based investment firm, where she spent ten years. During this time period, she concentrated on biotechnology institutions, as she was intrigued by the prospects of biotechnology. However, she was dissatisfied with the work culture and lack of concern for health care on Wall Street and decided to resign in 2000.

Initially, she considered taking the MCAT in order to practice medicine. However, her passion for biotechnology won out and she ended up conducting research in the field. In 2006, she co-founded the personal genomics and biotechnology company ’23andMe’ with Linda Avey, another biologist. The company is named after the 23 pairs of chromosomes found in a single normal human cell.

Personal genomics, biotechnology, and genetic testing are the focus of the start-up in Mountain View, California. It got off to a strong start under Wojcicki’s leadership as the company’s CEO. Their saliva-based personal genome test kit was named the ‘Invention of the Year’ by Times Magazine in 2008. Additionally, in their October 2013 issue, the American business magazine ‘Fast Company’ named Anne Wojcicki ‘The Most Daring CEO.

Today, ’23andMe’ has amassed one of the largest databases of personal genetic information in the world in order to empower its customers to take control of their healthcare through the concept of ‘Own Your Own Data.’ Their company website, 23andMe.com, contains a wealth of information for both customers and researchers.

The company also launched a standalone $ 99 Ancestry Service, which allows anyone interested in tracing their genetic lineage to do so by providing a saliva sample. Wojcicki aimed to diversify her clientele by expanding into a global market comprised of numerous races. However, the project has come under fire for a lack of genetic data on the world’s diverse population. Following that, she began a series of programs to expand her database to include as many ethnic groups as possible, including coloured races.

Wojcicki has long felt that scientists are not recognized in the same way that other celebrities are. She desired to infuse the world of science with a sense of glamour and thus co-founded the ‘Breakthrough Awards’ in the United States of America to honor eminent scientists.

Wojcicki established a name for herself in biotechnology research and co-founded the start-up ’23andMe’. In 2008, Times Magazine named her saliva-based personal genome test kit the ‘Invention of the Year.’

Anne Wojcicki was a finalist for the 9th Annual ‘Crunches Award’ in the category of ‘Founder of the Year’ in 2016.

She was named ‘The Most Daring CEO’ by the American business magazine ‘Fast Company’ in their October 2013 issue.

Anne met Sergey Brin, co-founder of Google, at the home of her sister, who was also a Google employee. In May 2007, she married Sergey in a private ceremony attended by approximately 60 guests. Together, they established themselves as one of Silicon Valley’s most powerful couples. They are the parents of a son named Beji Wojin and a daughter named Chloe Wojin.

Anne and her husband began living apart in 2013 following the spread of rumours that he was dating Google Marketing Manager Amanda Rosenberg. Finally, in 2015, they divorced and went their separate ways.

She later began dating Alex Rodriguez, the New York Yankees’ slugger. The baseball player has previously been linked to Madonna, Kate Hudson, and Cameron Diaz, among others. Their relationship catapulted Wojcicki into the social media spotlight due to her striking contrast to Rodriguez’s previous girlfriends. Anne, on the other hand, claims that she does not follow herself on social media and is therefore unaffected by what others say about her. Their relationship lasted approximately a year.

Anne Wojcicki is an American entrepreneur and businesswoman with an estimated net worth of $800 million. Anne Wojcicki was born in July 1973 in San Mateo County, California. She co-founded and serves as CEO of personal genetics company 23andMe.

Apart from being the CEO of ’23andME’ and a mother of two, she is a real estate investor and the owner of ‘Bumble,’ a farm to table, kid-friendly cafe.

To manage the numerous facets of her life. Wojcicki is a night owl and an early riser. She adores coffee and strives to get a minimum of seven hours of sleep each night.