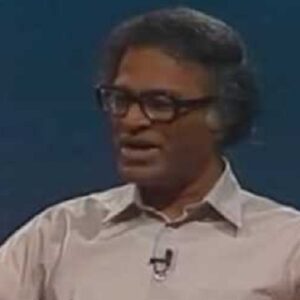 Anthony de Mello was a psychotherapist and a Jesuit priest from India. He was also a well-known religious figure, public speaker, and author. He was born into a Roman Catholic household in pre-independence India and decided as a child to become a Jesuit priest, eventually joining the order at the age of sixteen. He was initially highly rigid in his theological convictions and refused to investigate other religions. During his tertianship in Spain, where he attended a 30-day retreat, he engaged meditation and contemplations as instructed by his faith and had his first mystical experience. Later in life, he established himself as a successful retreat guide and director. Following that, beginning in the mid-1970s, he began to stray from his earlier dogmatic beliefs and examine alternative religions. He went on to write a number of spiritual books and host a number of spiritual retreats and conferences. He is renowned today for his unusual approach to priesthood, which drew on Eastern and Western mystical traditions.

Anthony de Mello was born into a Catholic family on September 4, 1931, on the outskirts of Mumbai, then known as Bombay. His father, Frank de Mello, was a railway worker from Goa. Louisa (née Castellino) de Mello was his mother. He was the eldest of five children born to his parents.

Anthony was the eldest son of his parents and was affectionately known as Tony by his friends and family. As a result, it was assumed that he would follow in his father’s footsteps and join the Indian Railways, earning enough to support the family.

Tony, on the other hand, was spiritually oriented since childhood and aspired to be a Jesuit priest. He was drawn to the order because of the system’s emphasis on discipleship.

Tony was accepted to Stanislaus High School when the time came. He was a bright young man who excelled in social situations at school. His ambition to join the Jesuit order, on the other hand, remained unchanged.
Simultaneously, he was acutely conscious of his responsibilities as the family’s eldest and only son, and he was deeply distressed by them. He informed his mother that he would pray to God to provide her another kid so that Tony could focus on his objective.

His mother, on the other hand, was in her forties and didn’t seem to mind. She did, however, become pregnant in 1943 and gave birth to his younger brother Bill on July 29, 1944.
Bill De Mello subsequently expressed the difficulty that thirteen-year-old Tony was going through in his book, ‘Anthony De Mello: The Happy Wander: A Tribute to My Brother.’

He must have been relieved when he discovered it was a boy. His parents, on the other hand, did not take his ambitions seriously, and in his senior year of high school, he enrolled in a career counseling course while also re-announced his intention to join the Jesuit order.

His mother pleaded with him to reconsider his decision, worried that she would no longer be able to see her son if he joined the order, but he eventually yielded. Finally, Anthony de Mello joined the Society of Jesus in the Vinalaya seminary on the outskirts of Bombay in July 1947.

Anthony De Mello easily acclimated to life at the seminary after joining the Order. He had a great recall and was a voracious reader. According to ‘Spiritual Guidance,’ a set of instructions produced by St. Ignatius Loyola, the founder of the Jesuit order, he also practiced meditation and contemplation.

He was initially dogmatic in his theological convictions and refused to investigate other religions with an open mind. He was a firm believer in the sanctity of the Catholic faith.

“Our Mother Church is just, and you are guilty,” he informed one of his sisters when she came to visit him. You must not have any doubts about that, and you must remember that the Pope is infallible.” It’s unclear why he made such a forceful declaration, but it demonstrates how much he valued his religion.

De Mello was transferred to Barcelona, Spain, to study philosophy in 1952. He stayed for three years and learned Spanish as well as Ciceronian Latin. It’s worth noting that, while English was his mother tongue, he also spoke French, Marathi, and a few other languages.

During his tertianship in Spain, he is said to have had a strong mystical experience while attending a 30-day retreat under Fr. Calveras, S.J., a world-renowned authority on conducting the Spiritual Exercises of St. Ignatius. It provided him with a deep understanding of St. Ignatius’ spirituality.

He was given several tasks upon his return to India, which he fulfilled with utmost sincerity. Simultaneously, he devoted himself to his faith, performing the ceremonies with utmost commitment. De Mello was finally consecrated as a priest in March 1961.

He was then sent to Loyola University in Chicago to study psychology and counseling. In 1964, he graduated with a Master’s degree in pastoral counseling from there. During this time, he was particularly affected by the works of prominent psychologists Carl Rogers and Fritz Perls.

De Mello then went to India and began working in Jesuit seminaries. He was immediately entrusted with directing the Jesuit novitiate through their necessary 30-day silent retreat. He was afterwards promoted to retreat director.

He discovered over time that the novitiates were unable to benefit from retreat since they were essentially pent up with their underlying psychological issues. As a result, he began counseling them, a method that was not yet common in Jesuit society.

De Mello later founded the Institute of Pastoral Counselling at De Nobili College in Poona, India, in 1972. It was then relocated to a new location and called Sadhana Pastoral Counselling. His first retreats quickly became highly successful, drawing a large number of spiritual searchers.

De Mello began to be interested in different religions in the mid-1970s. He became particularly interested in Vipassan, a Buddhist meditation technique, and therefore became acquainted with Buddhist philosophy.
He soon began to ask himself a slew of questions, many of which ran counter to his seminary education. He began to reflect on the human condition and diverse religious approaches to this fundamental topic.

He began to ponder if Jesus Christ’s solution to humanity’s plight differed from those of previous great leaders such as Buddha, Krishna, Moses, Confucius, Lao Tzu, or Muhammad. Simultaneously, he remained as devoted to his own beliefs as he had been before.

His first book, ‘Sadhana – A Way to God,’ was published in 1978. It was written in English and covered a variety of spiritual principles and exercises as taught by Saint Ignatius, as well as numerous practices from other religions. The book was an instant success.

He quickly gained a reputation as a public speaker, and he began to be invited to many conferences in India and overseas. For instance, his second book, ‘Wake Up! Spirituality for Today,’ was based on a 90-minute talk he gave in front of a live audience.

He presented a fuller insight of what he thought about spirituality in ‘The Song of the Bird,’ released in 1982. According to him, merely employing old ways passed down from masters is not spirituality unless it may result in a person’s inner transformation.

His charisma was contagious, and he readily persuaded his audience to donate to the impoverished. He also pushed them to learn Vipassan meditation from Satya Narayan Goenka, a Burmese-Indian instructor.
Jiddu Krishnamurti, a well-known Indian philosopher, lecturer, and writer, had a significant influence on him. Apart from that, Mahatma Gandhi’s thoughts and spirits, as well as Bertrand Russell’s philosophy, made an indelible impression on his mind.

One of de Mello’s most inspiring books is ‘One Minute Wisdom,’ which was published in 1985. The book offers over 200 parables and lessons on how to live a full yet simple life, and it guides the reader to a new level of thought that leads to love and harmony.

Anthony de Mello traveled to the United States of America in May 1987 to deliver spirituality courses via a satellite linkup with 600 institutions in the United States and Canada. He met his brother Bill at Fordham University in the Bronx, New York City, on June 1st.

At the University canteen, the two brothers ate dinner together. While Anthony de Mello was apparently healthy, he complained of stomach pains after supper, while the two brothers sat together. He chose to retire early when his medications failed to assist.

As a result, the two brothers hugged and agreed to meet at his retreat in India later this year. Anthony de Mello died of a heart attack the next night, June 2, 1987. His body was discovered on the floor of his room the next day.

The Congregation for the Doctrine of the Faith, led by Cardinal-Prefect Joseph Ratzinger (later Pope Benedict XVI), performed an assessment of his works eleven years after his death, in 1998. Some of his beliefs, particularly his perspective on Jesus Christ, were found to be incompatible with Catholic religion.
Despite this, de Mello is as popular as ever, and the Sadhana Institute of Pastoral Counselling, which he founded, continues to strive for the betterment of humanity, carrying on his legacy.

Anthony de Mello’s net worth is believed to be between $1 million and $8 million dollars. He has amassed enormous money as a result of his principal profession as a writer.

Many suspected foul play in De Mello’s untimely death because he had no history of heart disease and had been cleared by top heart specialists in the United States only a few months before his death.