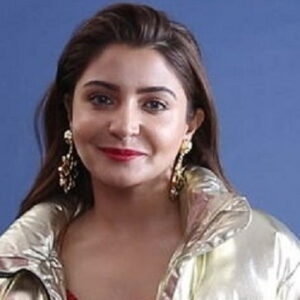 Anushka Sharma is an Indian actress and film producer who has risen to become one of the country’s most well-known and well-paid actresses. In the film ‘Rab Ne Bana Di Jodi,’ she made her acting debut alongside Bollywood superstar Shah Rukh Khan. She’s since worked with two more Bollywood superstar Khans: opposite Amir Khan in ‘PK’ and Salman Khan in ‘Sultan,’ both of which are among her highest-grossing flicks. She has appeared with Shahid Kapoor in ‘Badmaash Company,’ Ranveer Singh in ‘Band Baaja Baaraat,’ and ‘Ladies vs Ricky Bahl,’ Akshay Kumar in ‘Patiala House,’ and Ranbir Kapoor in ‘Bombay Velvet,’ and ‘Ae Dil Hai Mushkil,’ among others. Through her production business Clean Slate Films, she has also produced the films ‘NH10,’ ‘Phillauri,’ and ‘Pari.’ She owns her own line of women’s clothing and has endorsement arrangements with a number of well-known brands. She supports gender equality and animal rights as a philanthropist.

Colonel Ajay Kumar Sharma, an army officer, and Ashima Sharma, a homemaker, gave birth to Anushka Sharma on May 1, 1988, in Ayodhya, Uttar Pradesh. Karnesh Sharma, her older brother, is a film producer who formerly served in the Merchant Navy.
She was born and raised in Bangalore, where she attended the Army School before graduating from Mount Carmel College with a bachelor’s degree in arts. She originally intended to pursue a career in modeling or journalism, and after completing her education, she relocated to Mumbai to look for modeling prospects.

Anushka Sharma started off as a model. She was signed to Elite Model Management, where Prasad Bidapa, a style consultant, developed her. She took acting classes and auditioned for roles at the same time. She made her runway debut for designer Wendell Rodricks’ Les Vamps Show at Lakme Fashion Week, and was then chosen as his finale model for the Spring Summer 2007 Collection.
She had already done campaigns for businesses including Silk & Shine, Whisper, Nathella Jewelry, and Fiat Palio by the time she did her screen test at the Yash Raj Films studio. She refused to conduct an impromptu audition and instead prepared for a day, and the studio offered her a three-film deal.
In Aditya Chopra’s love film ‘Rab Ne Bana Di Jodi,’ she made her acting debut as Tani Sahni, a young wife to a middle-aged man played by Shah Rukh Khan (2008). She garnered nominations for the ‘Filmfare Award’ for ‘Best Actress’ and ‘Best Female Debut’ for her performance.
Following that, she starred alongside Shahid Kapoor, Vir Das, and Meiyang Chang in the crime comedy ‘Badmaash Company’ (2010), which garnered mixed reviews. Later same year, she acted in ‘Band Baaja Baaraat,’ her third film with Yash Raj Films, with rookie Ranveer Singh, earning her a second Filmfare nomination for ‘Best Actress.’
She went on to star alongside Akshay Kumar in the sports drama ‘Patiala House’ (2011), receiving critical acclaim for her vivacious performance. In the same year, she starred alongside Ranveer Singh in the comedy-drama ‘Ladies Vs Ricky Bahl,’ which was a moderate box office success despite mixed reviews.
She earned the ‘Filmfare Award for Best Supporting Actress’ for her supporting role in Yash Chopra’s last film, ‘Jab Tak Hai Jaan’ (2012), opposite Shah Rukh Khan and Katrina Kaif.
In Vishal Bhardwaj’s political satire ‘Matru Ki Bijlee Ka Mandola,’ she portrayed the lead part (2013). Pankaj Kapur, Imran Khan, and Shabana Azmi also acted in the film, which earned mixed reviews from critics.
The religious parody ‘PK’ (2014), in which Rajkumar Hirani played television journalist Jagat ‘Jaggu’ Janini opposite Aamir Khan as an alien, was a huge hit in India and around the world. She founded her own production company, Clean Slate Films, based on the success of the film, which debuted with the release of the thriller ‘NH10’ (2015), in which she played the lead part.
In Anurag Kashyap’s highly anticipated historical crime drama ‘Bombay Velvet’ (2015), she labored hard to portray Rosie Noronha, a jazz singer, but the film failed to impress critics. In Zoya Akhtar’s ensemble comedy-drama ‘Dil Dhadakne Do,’ she played a dancer aboard a cruise ship alongside Anil Kapoor, Shefali Shah, Priyanka Chopra, and Ranveer Singh. She then starred alongside Salman Khan in another Yash Raj Films production, the romantic sports drama ‘Sultan’ (2016), in which she played wrestler Aarfa Hussain. She rehearsed for the job for six weeks and learnt Haryanvi, but critics were unconvinced by her physique, despite her “spirited” performance.
She also starred in Karan Johar’s blockbuster romance film ‘Ae Dil Hai Mushkil’ in 2016, alongside Ranbir Kapoor and Aishwarya Rai, as Alizeh Khan, a free-spirited girl trapped in a loveless relationship. She was nominated for a Filmfare Award for Best Actress for her performance, and with two hit films under her belt, she was acclaimed as the year’s most successful Bollywood actress.
In 2017, she acted in two films: Imtiaz Ali’s romance ‘Jab Harry Met Sejal’ with Shah Rukh Khan and the fantasy comedy ‘Phillauri,’ which she also produced. Both films were a financial failure at the box office.
The supernatural horror film ‘Pari’ (2018), which she produced and starred in, was a critical disappointment, but she was commended for her risk-taking approach and willingness to explore alternative routes. She has roles in Shah Rukh Khan’s ‘Zero,’ Varun Dhawan’s ‘Sui Dhaaga,’ and Rajkumar Hirani’s Sanjay Dutt biopic ‘Sanju,’ which stars Ranbir Kapoor.

‘Rab Ne Bana Di Jodi,’ Anushka Sharma’s debut film, was a major commercial success, becoming the second-highest grossing Bollywood film of 2008. ‘Jab Tak Hai Jaan,’ her next film with Shah Rukh Khan, was the third highest-grossing Bollywood film of 2012.
‘PK,’ starring Aamir Khan, was her first top-earning picture, grossing over $7 billion (US$110 million) globally. Both of her 2016 films, ‘Sultan’ and ‘Ae Dil Hai Mushkil,’ were box office successes, with the former placing among the top grossers in Indian cinema.

In 2013, Anushka Sharma won the ‘Filmfare Award for Best Supporting Actress’ for her role in ‘Jab Tak Hai Jaan.’ For ‘Rab Ne Bana Di Jodi,’ ‘Band Baaja Baaraat,’ ‘NH10,’ Dil Dhadakne Do,’ and ‘Ae Dil Hai Mushkil,’ she won six additional Filmfare nominations for ‘Best Actress’ and ‘Best Supporting Actress.’
‘GQ’ magazine called her “Woman of the Year,” ‘Vogue’ magazine named her “Game Changer of the Year,” and PETA India named her “Person of the Year” in 2017. PETA had previously dubbed her the “Hottest Vegetarian Celebrity” in 2015.

Anushka Sharma and cricketer Virat Kohli have been dating since 2013, when they met while filming a commercial. Their affair and claimed breakup had been a huge topic in the headlines until the pair finally married on December 11, 2017 in a secret ceremony in Italy.

Anushka Sharma has a estimated net worth of $36 million.

A photograph of Anushka Sharma appeared on the wall in the film ‘Lage Raho Munnabhai’ two years before her film debut.