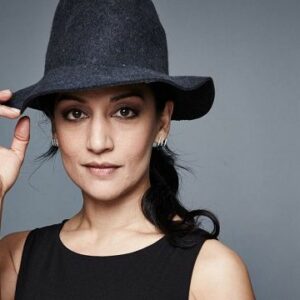 Archie Panjabi is a British actress best known for portraying Kalinda Sharma on CBS’s political drama ‘The Good Wife’. Critics lauded her portrayal of Kalinda as one of the most sophisticated and unique characters in television history. She has received numerous accolades for her outstanding performances in television series and feature films such as ‘The Good Wife,’ ‘A Mighty Heart,’ and ‘Yasmin.’ Sir Ridley Scott, the British film director, praised her as a ‘unusual talent; she is a smart and sensitive actress who can make anything fly’. She never looked back after making her acting debut in the critically acclaimed film ‘East is East’ and eventually rose to stardom. She is a management graduate who spent part of her childhood in Mumbai (Bombay), India and identifies as ‘Part Bombayite, part British’. ‘I enjoy roles that require me to transform myself,’ she says of acting. Apart from acting, Archie is passionate about humanitarian work and actively participates in society through a variety of international organizations.

Archie Panjabi was born on 31 May 1972 in Edgware, Middlesex, England to Sindhi emigrants Govind and Padma Panjabi. Her ancestors originated in Sindh, which is now part of Pakistan. Archana Panjabi is her given name.
She is trained in the ballet dance form and has aspired to be an actress since she was a child. In 1996, she earned a bachelor’s degree in management studies from Brunel University in England (BSc.). She was later awarded an Honorary Doctorate of Letters.

Archie Panjabi made her television debut as Joyoti in the series ‘Siren Spirits.’ She made her feature film debut as Meenah Khan, a rebellious and tomboyish football fan in the hit comedy film ‘East is East.’ The film received a 10-minute standing ovation at the Cannes Film Festival and was nominated for a BAFTA for Best Film in 2000.

In 2004, she starred in the Academy Award-winning film ‘Yasmin,’ which was written by Oscar-winning writer Simon Beaufoy. In 2005, she received the prestigious ‘Shooting Star Award’ for this film at the prestigious Berlin International Film Festival. She won numerous awards for her performance in this film, including one at the 2006 Reims Festival.

In 2006, she starred as Gemma, a mischievous, witty, and astute assistant in Ridley Scott’s romantic comedy based on Peter Mayle’s novel.

In 2007, she co-starred with Angelina Jolie in the film ‘A Mighty Heart’ as reporter Asra Nomani. The film is based on the true story of Daniel Pearl, a Wall Street journalist.

From 2004 to 2006, she voiced several characters in the British animated series ‘Postman Pat’. She also voiced characters in the video game series ‘Dead Space: Extraction’. She appeared on the ‘BBC Four World Cinema Award

Show’ in February 2008 and starred as an MI5 agent in the 2009 French film ‘Espion(s).’ In 2015, she made a guest appearance on ‘Brooklyn Nine-Nine,’ and in 2016, she appeared in four episodes of the television show ‘Shetland.’ She is currently starring as Nas Kamal in the NBC drama series ‘Blindspot’.

Archie Panjabi appeared in the 2002 international blockbuster film ‘Bend It Like Beckham,’ which earned Golden Globe and BAFTA nominations. She was nominated for a ‘BBC Mega Mela’ for her outstanding performance in the film.

From 2009 to 2015, she starred as Kalinda Sharma on the television show ‘The Good Wife’. In 2010, she starred as Saamiya Nasir in the British comedy film ‘The Infidel,’ and as pathologist Tanya Reed Smith in the BBC Two drama ‘The Fall,’ in 2012.

Archie Panjabi was named best actress at ‘The Mons International Festival’ in 2005 for her performance in ‘Yasmin’. She won ‘The Chopard Trophy’ for her acting performance in ‘A Mighty Heart’ at Cannes in 2007.

Since 1998, Archie Panjabi has been happily married. Her husband is tailor Rajesh Nihalani, and the couple appears to have a strong bond.

Archie Panjabi and Julianna Margulies of ‘The Good Wife’ were rumored to be feuding. Archie left the show following the sixth season, filming a goodbye scene with Julianna in the season finale. According to some sources, the two actresses shot the scene separately and then collaborated on the edit.

Archie Panjabi was the first ‘Pratham USA Ambassador’ for the Indian educational movement. She participated in the international campaign for polio eradication alongside Rotary International, Unicef, and The Gates Foundation.
She is also involved in Amnesty International’s ‘Stop Violence Against Women’ campaign to change the ‘no recourse to public funds’ rule for distressed women.

She walked in a fashion show to raise awareness about cardiovascular disease. She also participated in Harvard University’s prestigious ‘Artist in Residence’ program, where she shared her acting expertise.

Archie Panjabi is a British actress with a $3 million net worth. Panjabi was born in London in May 1972 to two Indian Sindhi Hindu immigrants. Panjabi holds a degree in management studies from Brunel University and is also classically trained in ballet.

Ridley Scott, the renowned director, is a huge fan of hers. Archie Panjabi was named one of ‘The New York Times’ magazine’s ‘Eight Actors Who Transform Television into Art’ in one of their cover stories. At the age of 26, she portrayed 14-year-old Meenah Khan in the blockbuster film ‘East is East’!