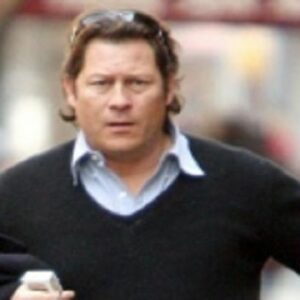 French philanthropist and financier Arpad Busson reside in London. He started his career working with Dubin Swieca in the hedge fund industry in 1986. He also worked as a marketing representative for Tudor Investments, owned by Paul Tudor Jones. Busson, the founder and current chairman of the EIM Group, is a passionate philanthropist who supports numerous charitable initiatives all around the world. He is the chairman of the board of directors and a trustee for the children’s charity Absolute Return for Kids (ARK). He also founded the Theodora Children’s Trust, among other things. The Elton John AIDS Foundation is also supported by French businessman. Through his charity organizations, Busson has benefited hundreds of thousands of individuals (from all age categories) to date. He now serves as an example for other wealthy people who desire to support charitable causes. Busson is a multimillionaire, with a net worth of €150 million as of 2013, according to the French business publication “Challenges.”

In 1986, Busson started working with Dubin Swieca in the hedge fund industry. He afterward went on to work as a marketing representative for Tudor Investments, owned by Paul Tudor Jones. He established the EIM Group in the year 1991.

Then, in 2013, the Swiss-listed investment company Gottex Fund Management Holdings and the French financier combined their businesses. Two years later, after Joachim Gottschalk left the role, Busson was appointed as the interim executive chairman of Gottex.

Arpad Busson is the chairman of the board of directors and a founding trustee of the children’s charity Absolute Return for Kids (ARK). He had previously held the position of organization chairman. He did, however, resign from the role in 2009, but he continues to serve as the chairman of ARK US and a member of the board. ARK is renowned for assisting children who are victims of abuse, disease, handicap, and poverty.

ARK provides funding for initiatives that improve the health and education of disadvantaged children in South Africa, Eastern Europe, and the UK. Busson is also a founder member of the Theodora Children’s Trust, a non-profit organization that sends “Giggle Doctors,” or special entertainers, to visit children in hospitals to bring them music, laughter, and enchantment. Busson also supports the Elton John AIDS Foundation addition to these.

France’s Boulogne-Billancourt welcomed Arpad Busson on January 27, 1963. He was the son of Florence Harcourt-Smith and Pascal Busson. In terms of his romantic relationships, Busson began dating the Australian model Elle Macpherson in 1996. Up until 2005, the couple and their children Arpad Flynn Busson and Aurelius Cy Andrea Busson shared a residence.

Following this, in 2007, the French businessman began dating Uma Thurman. In 2008, the pair made their engagement public, however, they broke it up in 2009. They later made amends, though, and in 2012 welcomed a daughter named Luna. The pair split up once more in 2014. Busson and Thurman argued over their daughter’s custody later in 2017. Thurman ultimately won the right to the child’s primary physical custody.

French investor Arpad Busson has a $1 billion total net worth. Arpad Busson, a French native, received his education at the Institut Le Rosey in Switzerland. The French Army then hired him as a physician. He first experienced tabloid celebrity after serving his Army term when he was romantically linked to actress Farah Fawcett.