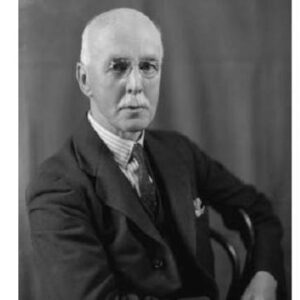 Sir Arthur Harden was a well-known biochemist in England. In 1929, he was awarded the Nobel Prize in Chemistry for his work on sugar fermentation and the functions of fermentative enzymes. The problem of yeast cell chemistry has always piqued his interest. His previous research into the effects of light on carbon dioxide and chlorine mixes aided him in applying these techniques to the study of bacteria and alcoholic fermentation. For more than 20 years, Harden explored the chemistry of sugar fermentation by yeast juice. Carl Neuberg’s finding of carboxylase in yeast was confirmed, as was the examination of peroxidase and invertase. He also looked into how inorganic salts affect fermentation. This contributed to a greater understanding of intermediate metabolic processes and laid the groundwork for many biologists working in related domains. Harden also wrote studies about antiscorbutic and antineuritic vitamins, as well as their prevalence in food and beverages. He discovered that yeast can produce the antiberiberi factor, and that by eliminating sugars, organic acids, and proteins from lemon juice, he could create a concentrate with increased antiscorbutic action that might be used to treat newborn scurvy. He published and edited numerous chemistry textbooks during the course of his career. He also worked on a study of Dalton’s notebooks with Sir H. E. Roscoe.

Arthur Harden was born on October 12, 1865, in Manchester, Lancashire, England. Albert Tyas Harden, a Manchester businessman, was his father, and Eliza Macalister was his mother. He was the eldest of eight daughters and the only son.

Throughout his life, Harden remained true to his family’s nonconformist and austere values.
He attended a private school in Victoria Park from 1873 to 1877.

He attended Tettenhall College in Staffordshire for the next four years.
In 1882, he enrolled at the University of Manchester’s Owens College and began studying under Sir H.E. Roscoe.

Arthur Harden earned a first-class honours degree in chemistry in 1885.
In 1886, he was awarded the Dalton Scholarship in Chemistry, and for the next year, he worked at Erlangen with Otto Fischer.
He obtained his PhD degree in 1888. The production and characteristics of -nitrosonaphthylamine were the subject of his dissertation.

A Career of Arthur Harden

Harden became a junior lecturer at the University of Manchester after earning his Ph.D. He was eventually promoted to senior lecturer and demonstrator.
‘A New View of the Origin of Dalton’s Atomic Theory,’ co-authored by Harden and Roscoe, was published in 1896.

In 1897, he released a report on the composition of Flinders Petrie’s bronze and iron tools.
Harden joined the British Institute of Preventive Medicine (Lister Institute) in 1897 as head of the chemistry section and began his studies in microbiological chemistry.

He was named Head of the Biochemical Department in 1907. He held this job until 1930, when he retired.
His book ‘Alcoholic Fermentation,’ based on his fermentation findings, was released in 1911.

Harden co-edited ‘The Biochemical Journal’ with W.M. Bayliss from 1913 until 1938.
He was named Emeritus Professor of Chemistry by the University of London in 1912.

The capacity of yeast juice to ferment glucose was altered by the addition of cooked yeast juice, according to Arthur Harden and William John Young. They also discovered that when phosphate is coupled with glucose, fructose, or mannose, a hexose diphosphate is formed, which can be degraded by phosphatase in the juice.

The discovery of phosphate esters in fermentation liquors by Harden was significant because it drew other researchers’ attention to phosphorus compounds as intermediates in fermentation and muscle respiration.

He was elected a Fellow of the Royal Society of London in 1909.
He was knighted in 1926, the highest honor bestowed on a British citizen.

In 1929, Arthur Harden and Hans von Euler-Chelpin, a Swedish biochemist, shared the Nobel Prize in Chemistry for “their discoveries on the fermentation of sugar and fermentative enzymes.”

Harden married Georgina Sydeny Bridge, a Christchurch, New Zealand resident, in 1890. They didn’t have any children.
Harden’s wife died in 1928, just two years before he left the Lister Institute.
Arthur Harden died on June 17, 1940, at his house in Bourne End, Buckinghamshire, UK, of a degenerative nerve ailment.

In the years 2020-2021, his net worth increased dramatically. So, at the age of 75, how much is Arthur Harden worth? Arthur Harden’s main source of income is as a successful actor. He is from the United Kingdom. Arthur Harden’s net worth, money, salary, income, and assets have all been calculated. his Net worth is $1 million-$5 million.