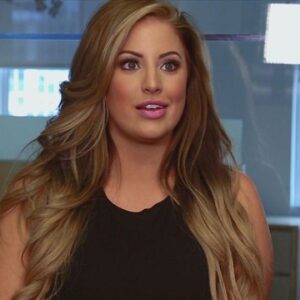 Ashley Alexiss is a well-known model and television personality. Stop thinking she’s just another attractive face with a reed thin body. Ashley has a gorgeous face, but she represents real women with a substantial breast and a healthy body, not the Barbie-emulating, size-zero worshiping masses. She’s a popular plus-size model with gorgeous curves that pop off the pages of magazines. She is also a successful entrepreneur and the founder and CEO of a swimwear line bearing her name. She is a great blend of beauty and intelligence, and in addition to modeling and business ventures, she also stars in a reality TV show. She is quite active on social media and has a large following that has already surpassed one million followers. Ashley is all focused on proving to the world that plus-sized models are here to stay, and that the fashion industry’s idea of beauty is progressively evolving because to pioneers like her.

Ashley began modeling in 2006, when she was still in high school. Despite having a gorgeous face, she struggled to find modeling jobs as a plus-sized girl. All of the rejection and body shaming just strengthened her resolve to achieve and challenge the shallow modeling industry’s perceptions.

When she was chosen as the cover model for the Exposure 101 2010 Calendar, she had her first taste of fame. Ashley’s smoking sexy poses in the calendar drew everyone’s attention, and the media gushed over her. She’s been published in prestigious publications such as Sexy Skin Magazine, New England Hiphop, Playboy, Maxim, American Honey, and RG Magazine since then.

In 2011, she was selected Model of the Week by Top Models Weekly. She was also a top 15 finalist in Playboy Intimates in 2011 and the third finalist in the Playboy Miss Social Campaign in 2010. She was also the Girl Next Door for Playboy South Africa in 2011 and had a full pictorial feature in the magazine. She has been on numerous lists of sexy plus-size women.

Singe Eyewear, Pink Lipstick Lingerie, and Starwear Bikinis have all used her as a brand ambassador.
Ashley has also appeared in music videos for Thirteen Yards to Victory, Andrew Bees, Erick Emmanuel, and Yeshua Alexander, among others.
She and her mother Velvet feature on the Oxygen Network’s reality show “Fix My Mom” on a regular basis.

What is it about Ashley Alexiss that makes her so unique?

The most remarkable thing about Ashley Alexiss is that she isn’t your typical lovely face. There’s more to that beautiful face and those seductive curves than meets the eye. Ashley has shown her admirers that with the correct amount of hard work and determination, everything is achievable.

She has completed various professional training courses to strengthen her modeling and acting skills, including Film Acting, Soap Opera Acting, and Dancing, which encompasses genres such as Hip Hop, Tap, and Jazz.
Ashley continued modeling into her late teens and early twenties, but she also returned to school to pursue graduate degrees in business and communication.

In 2015, she earned her MBA from Kaplan University in Florida, where she had previously earned a Bachelor’s degree in Communications. She also held her own breast cancer awareness campaign in the form of a fashion show in 2011.

She is an opinionated individual who isn’t scared to speak her mind. She is well-known for her Twitter clashes with proponents of body shaming.

She is an inspiration to females who don’t have the ideal figure according to mainstream industry norms, demonstrating that it is still possible to achieve success while being yourself.

Ashley created her own swimwear line in 2014, touting it as “tailor-made” for plus-size ladies. She wears them personally and photographs them on a regular basis for her Instagram account. She is now the CEO of her own business, and her success is increasing by the day.

Ashley grew up in Boston and was born there. Northeast Regional Metropolitan High School was her alma mater. Velvet is her mother’s name, while her father’s name is unknown. It’s unclear whether Ashley has any brothers or sisters. She began dating Travis Yohé, a businessman, a few years ago, and he recently proposed to her on a boat with the most exquisite tear drop diamond ring. The pair is presently searching for the ideal place and organizing their wedding.

Ashley is one of the wealthiest models and one of the most popular. Ashley Alexis’ net worth is estimated to be $1.5 million, according to Wikipedia, Forbes, and Business Insider.