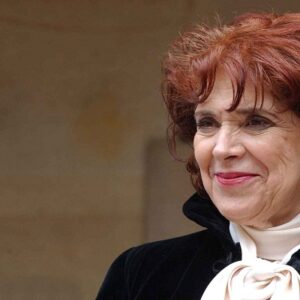 Algerian author, essayist, and lecturer Assia Djebar Her feminist and post-colonial views on Algerian society were well-known around the world. All of her writings were built on the foundation of these beliefs. She was born in 1936 and reached adulthood amid the height of Algeria’s independence struggle against the French. She spent the war years in Morocco and Tunisia interviewing refugees to show the world the harmful impacts of colonialism. Her first four works, published between 1957 and 1967, are all anti-colonial and anti-patriarchal. She has persevered throughout her life, despite the fact that anti-patriarchal sentiments in a Muslim society are divisive. In fact, for her debut novel, she used the pen name Assia Djebar to keep her writings hidden from her orthodox father. Assia Djebar has been a voice for female emancipation from her debut work. She established herself as one of the most important female writers of the twentieth century after a long and award-winning career.

Assia Djebar was born on June 30, 1936, in Algeria, to Tahar Imalhayène and Bahia Sahraoui. Her real name was Fatima-Zohra Imalayen. Her father worked as a French instructor. He taught at the same primary school that Assia attended, Mouzaiaville dans la Mitidja.
She attended a boarding school in Bilda where she focused on Quran study. In her class, she was one of only two females.

She attended College de Bilda for her secondary schooling, where she was the only Muslim in her class. She went on to study in Paris after that.

Early childhood circumstances shaped Assia Djebar’s role as a Muslim feminist. Much of her work is concerned with patriarchy’s negative qualities and the limitations it places on women.

debut novel was published in 1957. It was titled ‘La Soif,’ which translates to ‘The Mischief.’ For fear of her father’s disapproval, she wrote this novel under the pen name Assia Djebar. This was the first novel written by an Algerian woman to be published outside of the country. It depicted infidelity and seduction among Algeria’s upper crust.
‘Les Impatientes,’ her second novel, was published in 1958. It also delved into the inner workings of Algeria’s upper crust.

Djebar returned to Algeria after the war. She taught history at the University of Algiers throughout her time here. She finally rose to the position of chief of the French department.
She also dabbled in filmmaking in her spare time as a lecturer. Her film ‘Nouba Des Femmes du Mont Chenoua’ was released in 1978.

She returned to writing in 1980 with a new work. ‘Femmes d’Alger dans Leur Appartement’ was the title, which translates to “Women of Algiers in Their Apartment” in English. It was about males and women’s inequalities in post-colonial Algeria.

Djebar migrated to the United States in 1995. She taught French Literature at Louisiana State University and afterwards at New York University throughout her stay there.
Djebar published eight additional novels between 1995 and 2008. Gender inequality in Algeria was a common subject in all of them.

Djebar’s anti-patriarchal and anti-colonial political beliefs served as the foundation for her writings. Her name is synonymous with the Feminist literary movement.

Her first novel, “The Mischief,” was released in 1957 and is considered one of her most important works. By having an affair, the female protagonist asserted herself and her sexual urges in this tale. It was in direct opposition to conventional Muslim attitudes on women. It was noteworthy because Djebar took on the alias Assia Djebar to avoid her father’s fury. Her bravery in publishing this novel despite the odds demonstrates her strong female spirit.

‘The Children of the New World,’ published in 1962, and its 1967 sequel, ‘The Nave Larks,’ are two more of her important works. The portrayal of post-colonial Algerian society in these two works is crucial. These novels acted as a social critique, highlighting the need for reform in Algerian society. The majority of the changes centered on gender equality.

In 1996, Djebar received the Neustadt International Prize for Literature. It was in recognition of her contribution to the field of world literature.
In 2000, she was awarded the German Book Trade’s Peace Prize.

Djebar married Ahmed Ould- Rouis in 1958. He was a member of Algeria’s anti-French resistance movement. After a while, the couple got divorced.
In 1980, she remarried to Malek Alloula, a poet.

To keep her writing from her father, Triva Assia Djebar began under a pen name.
She blocked the publication of a collection of poetry because she felt they were too anti-war.

Assia is one of the wealthiest novelists and one of the most well-known. Assia Djebar’s net worth is estimated to be $1.5 million, according to Wikipedia, Forbes, and Business Insider.