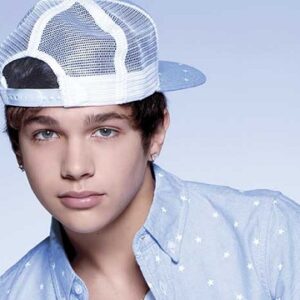 Austin Mahone’s transformation from a talented nobody to a YouTube sensation and ultimately a teen pop idol has all the makings of a contemporary fairytale. A young person from La Vernia, which has neither bowling lanes nor movie theaters, defies the odds and rises to renown around the world thanks to his talent. Doesn’t that sound a little bit unbelievable? But very little seems implausible when you are as extraordinarily skilled as this young man is.
Mahone is currently one of the most sought-after young music stars, with hordes of followers and cameras everywhere he goes. Let’s look at his incredible rise to fame as he prepares to release his first full-length album.

Austin Mahone was raised by his mother in San Antonio, Texas when his father passed away when he was just 16 months old. Music has always been a passion for her son, according to Michele Mahone, and the young Mahone rapidly mastered the guitar, drums, and piano on his own.

Mahone began posting regularly on YouTube in 2010, and over time, he developed a following thanks to some hilarious sketches and talented song covers. His wildly successful cover of Justin Bieber’s “Mistletoe” was the turning point in his career because it catapulted him into the spotlight.

Some dubbed Mahone the “new Justin Bieber,” and even before signing a record deal, he shot to No. 38 on the “Billboard Social 50” chart, which ranks musicians according to how well-liked they are on social media.

There were drawbacks to the rising popularity, though.

Mahone’s ability to pursue education was severely hampered by his famous status, and he was forced to leave high school. His mother eventually left her position as a mortgage banker to balance homeschooling her kid and overseeing his profession.

Mahone had the ultimate fanboy experience before his career peaked when he ran into his idol, Taylor Swift, in a Nashville coffee shop. Keep up the good job and never give up on the dream, Taylor advised him. The young celebrity was one of the opening acts for Taylor Swift on her “Red Tour” a year later, in 2013! We don’t know what else to call that rise if it isn’t meteoric!

Why Austin Mahone Is So Unique?

YouTube was only the first step for Mahone toward bigger things, unlike many other internet musical sensations who stop there. By the end of 2011, he was holding local performances and concerts, and a devoted group of supporters known as “Mahomies” cheered him on in each filled venue. Mahone’s first single, “11:11,” which was made available on iTunes in 2012, peaked at No. 19 on the Billboard Heatseekers music chart. In the meantime, the growing fan base had amassed millions of followers across all social media channels, and record labels were about to start calling.

Mahone secured a deal with Chase/Universal Republic Records in the middle of 2012, and his second song, “Say Somethin,” was then made available. The song was an instant hit with teenagers and peaked at No. 34 on the Billboard Pop Songs Chart, making it a smash hit. The best was yet to come because the third year was all about solidifying this newfound prominence, whereas the first two years were about a career that was progressively peaking.

The onslaught continued after that. Mahone received the ‘Artist To Watch For’ Award at the ‘MTV Video Music Awards’ that same year for his popular song, ‘What About Love. Mahone started the first headlining tour of his career, the MTV Artist To Watch Tour, in October 2013.

Mahone’s second EP, “The Secret,” which he released in May 2014, debuted at an astounding No. 5 on the “Billboard 200.” Following the success of his most recent track, “Dirty Work,” Mahone released a mixtape as a Christmas present for his fans and worked with the Jump Smokers and Pia Mia.

Past Fame of Austin Mahone

What then would Austin Mahone actually be like? Is he simply another snide celebrity who enjoys causing trouble and acting inappropriately? You’re going to be sorely disappointed if your concept of worship comprises moody pop stars with a history of drug abuse and tumultuous relationships. Mahone is not the stereotypically possessed, self-destructive young heartthrob.

“I don’t want to be that person who needs help and goes to rehab. I’m concentrating on the music “Mahone speaks with an uncommon level of awareness for his age. Perhaps the lack of a father figure helped him develop maturity and responsibility at such a young age. It might be Austin’s responsibility to “man up” and avoid making too many foolish blunders, in contrast to most of his contemporaries.

“I sensed a lot of pressure on me and thought, Okay, I must go hard now. In a voice that hasn’t yet lost its boyishness, Mahone explains, “I’ve got to be the man of the house, make the money, and provide for my family.

So, this isn’t the type of celebrity that grabs attention for his embarrassing breakups and public breakdowns.

Mahone further asserts that he is on very good terms with both of his former lady loves, Camila Cabello and Becky G, as if to emphasize the point. Even though there have been reports of a split, it remains a mystery why Becky appeared on his 2015 mixtape “This Is Not The Album” if there is any truth to the rumors.

Mahoneism has captivated the world for the past five years. What will the celebrity do next, then? Would an album be released any time soon, given his two EPs, a plethora of Singles, and tours to his name? Austin claims that a full-length album is imminent, which alone ought to be cause for celebration for “Mahomies” everywhere.

When questioned once about what inspired him to write music, Austin Mahone encapsulated it in the following few words: “I’m hoping that everyone would enjoy and be able to relate to the songs. I want to create music that people can like and listen to repeatedly.”

It is straightforward but elegant, much like the man.

American pop artist Austin Mahone has a $5 million dollar fortune. In 2010, he started posting videos of himself singing, and he immediately amassed a sizable following. He’s frequently compared to Justin Bieber. On Facebook, he has more than 2.7 million fans, and he has 2.7 million followers on Twitter. More than 500,000 people have subscribed to his YouTube account, and his videos have had over 90 million views since their start. Mahone also released the mixtapes This Is Not the Album in 2015 and ForMe+You in 2016, as well as the EP Dirty Work (+Remix) in 2017. His singles “Lady” (with Pitbull) and “Creatures of the Night” (with Hardwell) both peaked at number one on the US Dance chart. His tune “Mmm Yeah” (containing Pitbull) was well-liked in various nations.