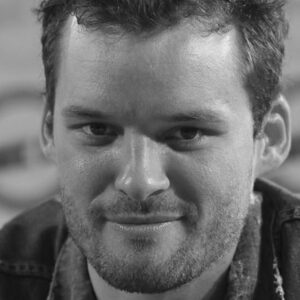 Austin Nichols is an American actor best known for his role as Spencer in the AMC zombie drama ‘The Walking Dead.’ Austin, who was born and raised in Texas, aspired to be a skier, but after an injury forced him to stop, he followed a creative writing degree, but grew weary of it and moved to California to try his hand at acting. He was fortunate in terms of his first acting break, since he was discovered by a talent management while gate-crashing a party at the Sundance Film Festival. Early in his career, he landed a role in the large budget apocalyptic film ‘The Day After Tomorrow,’ and he began to attract the attention of producers and directors. He starred alongside Kirsten Dunst and Paul Bettany in the romantic comedy ‘Wimbledon,’ in which he played tennis pro Jake Hammond. When movies didn’t pan out, Austin turned to television, where he appeared in a number of successful shows including ‘Friday Night Lights’ and ‘The Informers.’ He then went on to apply for a part in ‘The Walking Dead,’ which would become his largest claim to fame to date.

Austin Nichols was born on April 24, 1980, in Michigan, to a radiologist father, David Nichols, and a water skier mother, Kay. Austin’s family relocated to Texas when he was one year old, and he and his older sister Ashley were raised there. During his childhood, his mother had a tremendous influence on him since he was drawn to trick water skiing and believed it was a cool career to be in. He wanted to follow in his mother’s footsteps and become a professional in the sport. In the adventure sport, his mother was a multiple national champion and an international champion.

Nichols went to Casis Elementary School and began water skiing when he was just two years old. As he grew older, he was already a big name in the sport. He was so proficient that at the age of 13, he was ranked third in the national junior trick water skiing rankings. He also happened to participate in the Olympics as a member of the American national junior squad and was serious about pursuing a career in the sport. But when he damaged his shoulder in a tournament in Florida, all of his goals came crashing down. His skiing career came to an end at that point.

Later, he attended McCallum High School and tried his hand at basketball, but the injury to his shoulder prevented him from competing with other players. He eventually gave up his sports ambitions and focused on his second interest, writing, by the time he got to college. He earned a Bachelor of Arts in English from the University of South California at the time, and he was already interested in acting. He moved to Los Angeles after graduation to pursue an acting career.

He auditioned for few roles here while at USC and landed some small parts in shows like ‘Wolf Lake,’ ‘Family Law,’ ‘Watching Ellie,’ and ‘CSI.’ But he wasn’t happy with the jobs he was getting, and when gate-crashing a Sundance Film Festival party, he was noticed by a manager who saw something in him and signed him to his talent agency. Austin Nichols had already completed two small-budget pictures, ‘Durango Kids’ and ‘Holiday in the Sun.’

He auditioned for more opportunities after joining the talent agency, and landed a two-episode appearance on ‘Six Feet Under.’ Even though he had average appearance, his acting talent was evident in even the minor roles he played. Austin’s performance in the 2003 independent film ‘The Utopian Society’ gained widespread critical acclaim, with several reviews hailing him as’stellar’ and ‘raw.’ Needless to say, the picture was a commercial and critical success, launching Austin’s career in Hollywood.

The Day After Tomorrow, a big-budget environmental film addressing the perils of global warming, was his next appearance. Despite the fact that the picture was panned by critics all over the world, it did well at the box office, and Austin’s performance was praised. His next picture, ‘Wimbledon,’ received positive reviews but a lackluster box office success. Austin had to learn to play tennis from the ground up in order to prepare for the role.

In the mid-2000s, he worked on two more projects, ‘Glory Road’ and ‘Thanks to Gravity,’ both of which were moderate box office successes and gained critical acclaim. He learned to play basketball like a pro for the role in ‘Glory Road,’ and he succeeded in establishing himself as a devoted actor who would leave no stone unturned in making his character seem as authentic as possible.

The film ‘The House of Usher,’ based on a story by legendary writer Edgar Allen Poe, was released in 2006. Austin’s performance was praised for his ability to depict a tormented heroin addict with panache. Despite the fact that he was achieving success, Austin was becoming dissatisfied with the state of the film industry. In pursuit of anything intriguing to do, he turned to television, where he was cast in HBO’s ‘Deadwood.’

He secured a deal with HBO and also starred in the HBO series ‘John from Cincinnati,’ which premiered in 2007 but was subsequently canceled due to low viewership and critical acclaim. Austin was devastated since he had been looking forward to this role. For the part, he had to learn to surf for three months straight. Austin had established himself as a capable actor who was dedicated to his parts and could perform miracles if the appropriate work came his way by that time.

In the following years, he continued to appear on television, first in ‘Friday Night Lights’ in 2007 and then in ‘One Tree Hill’ in 2008. He also directed a few episodes of the latter, but it was his role as Spencer Monroe in the smash drama series ‘The Walking Dead’ in 2015 that changed his life. The Walking Dead is a post-apocalyptic show focused on zombie apocalypse. Austin was originally cast as a guest star, but his character was later promoted to a regular.

Austin Nichols is a crazy movie buff who owns over a thousand films in addition to being an actor. He claims to be interested in learning all there is to know about a film, including who composed the soundtrack, authored the screenplay, and directed it. Nichols is a strange man, according to one of his ex-girlfriends, who claims he watches more than 20 movies a week.

When he has nothing better to do, he wanders into a movie theater or switches on his DVD player and watches any movie he can get his hands on. Nichols has been dating Sophia Bush, his ‘One Tree Hill’ co-star, and has asked for his role on the show to be extended so that he can spend more time with her.

Aside from relationships, he has been one of Jake Gyllenhaal’s closest pals since the two met on the production of ‘The Day After Tomorrow.’ Nichols was arrested for drunken driving in Michigan in August 2007 after driving his automobile the wrong direction.

Austin Nichols net worth: Austin Nichols is a $4 million dollar actor from the United States. Austin Nichols, who was born on April 24, 1980 in Ann Arbor, Michigan, is best known for his roles on One Tree Hill and John from Cincinnati. The Day After Tomorrow and Wimbledon are two of his most well-known cinematic roles.