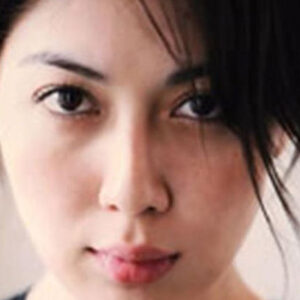 Ayako Fujitani is an actor, writer, director, film critic, translator, and occasional musician from Japan. Steven Seagal, an Aikido Black Belt and Martial Arts trainer, is her father. Ayako is well known for her critically acclaimed film ‘Tokyo.’ She has also appeared in a number of other films, including ‘Shiki-Jitsu’ and ‘Man from Reno.’ She is a well-known fiction and non-fiction author, and many of her writings have appeared in a variety of publications. She has translated one of her favorite novels, David Small’s ‘Stitches: A Memoir,’ from English to Japanese, in addition to directing, acting, and writing.

Ayako Fujitani’s full name is Ayako Faith Fujitani, and she was born on December 7, 1979, in Osaka, Japan. Steven Seagal and Miyako Fujitani, Aikido instructors, are her parents. Kentaro Seagal, Ayako’s brother, is also an actor. Annaliza, Dominick, Arissa, Savannah, and Kunzang Seagal are her other half-siblings from her father’s side. When Ayako was a toddler, her parents divorced. Her mother was granted custody of Ayako, and the two of them settled in Osaka, Japan.

She had always loved movies and had been since she was a child. Zombie movies, horror movies, and art films were among her favorite genres. Ayako decided to become an actor and director after being heavily affected by the films she watched. When Ayako sung songs for the band ‘Father’s Girls,’ created by her favorite novelist, Ramo Nakajima, her vocal talent came to the fore. She studied acting, filmmaking, and English language in Los Angeles, California, the United States. At the age of twelve, she also won a beauty pageant, which led to a modeling career.

Ayako made her film debut at the age of thirteen. ‘Gamera-Guardian of the Universe,’ a cult classic fantasy film, starring her. She was dissatisfied with her performance in the movie and resolved to improve her acting abilities.
She then went to the United States to study acting. She also began learning English and wrote her first novel, ‘Touhimu,’ during her workshop days. She’d also written a number of essays and film reviews for the magazine Roadshow a few years before.

Ayako was 21 years old when filmmaker Hideaki Anno approached her about making a film based on her novel ‘Touhimu.’ She not only agreed to give the copyrights, but she also agreed to star in the film, titled ‘Shiki-Jitsu.’
Both the novel and the film were commercial failures, but the film received great accolades from reviewers. She continued to appear in a number of art films, which shifted her image from Gamera to that of a young artist.
Following that, Ayako appeared in the 2003 French film ‘Sansa.’ She appeared in films such as ‘Ikusa,’ ‘Private Detective No.5,’ and ‘Captain Tokyo’ throughout the next few years.

Ayako, on the other hand, went to the theater. ‘Hiking for Human Life,’ ‘Rope,’ ‘Kung Fu John,’ and ‘The Black Cat’ are some of her theatre plays. With her debut television series, ‘Drama Factory Program,’ she became a director in 2006.  Ayako’s fame as an actress grew even further in 2008, when she starred as Hiroko in Michel Gondry’s anthology film ‘Tokyo.’ The actor-director team was blown away by each other’s work and expressed a desire to collaborate again.

Their professional bond was deepened when they produced ‘How to Blow Up a Helicopter- Ayako’s Story,’ a short documentary about Ayako’s life. She managed to strike a perfect balance between writing and acting. Ayako authored the script for Ermenegildo Zegna, a short film, in 2014. She also starred in Dave Boyle’s film ‘Daylight Savings,’ which was released the same year. In ‘Man from Reno,’ Ayako collaborated with Dave once more. She acted in a few more films after that, including ‘Kazemi,’ ‘Tatsu Lion,’ and ‘The Last Ship.’

Ayako starred as a kid artist in Gamera-Guardian of the Universe, a Japanese fantasy film based on the role of a huge monster named Gamera. The Gamera film series included this film. Ayako debuted as Asagi Kusanagi, who acquired a mystical pendant by chance and used it to form a spiritual bond with the monster. On March 11, 1995, the picture was released. The picture was visually appealing, but its content fell short of expectations. Ayako later appears in Gamera 2: Attack of Legion (1996) and Gamera 3: The Revenge of Iris (1997), the film’s two sequels (1999).

The Patriot: In this American action picture, Ayako appeared alongside her father, Steven Seagal. She played Ayako Seagal, Dr. Wesley McClaren’s assistant, who was played by her father. On July 10, 1998, the picture was released globally. The crowd scorned the film, and it tanked badly at the box office.

Shiki-Jitsu: This film is based on Ayako’s novel ‘Touhimu,’ in which she chronicles her adventures in the United States. She has also spoken about her tumultuous connection with her father. The film was dubbed “dark” by critics because it depicted the mental pain that comes with suicidal thoughts. The film was released in theaters on December 7, 2000, and was a box office success. At the 13th International Film Festival in Tokyo, the film was also honored with the Best Artistic Contribution award.

Tokyo: This is an omnibus featuring three different stories, one of which Ayako worked on, ‘Interior Design,’ directed by Michel Gondry. Hiroko, played by Ayako, is a character in the film who is attempting to make a livelihood in a foreign city, Tokyo. She and her spouse, a budding director, recently relocated there. As the story progresses, Hiroko begins to feel unappreciated for her efforts. The director cleverly employs a piece of useless wooden furniture to convey her emotional state. On May 14, 2008, the film had its world debut at the Cannes Film Festival. The film garnered largely positive reviews.

Ayako portrayed the lead in this mystery thriller, which had its world premiere on June 15, 2014 at the Los Angeles Film Festival. Ayako portrayed Aki, a famous novelist on the lookout for a mystery man with whom she had once slept. The narrative thickens as this plot collides with another, in which an unknown guy is killed by a county official inadvertently.

In 2006, Ayako married Spanish screenwriter Javier Gullon. Ayako’s current net worth is estimated to be 1.6 million US dollars as of October 2017.

Ayako Fujitani is one of the wealthiest TV actresses and one of the most popular. Ayako Fujitani’s net worth is estimated to be $1.5 million, according to Wikipedia, Forbes, and Business Insider.