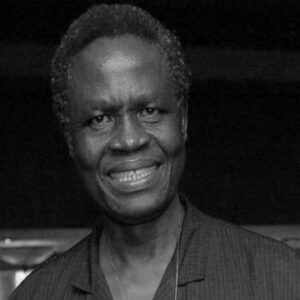 Nigerian educator, author, inventor, and social and political activist Ayodele Oluwatuminu Awojobi He was born into a middle-class household and rose to become one of Africa’s most powerful figures. He was a talented student who excelled in academics and was also known as a brilliant dramatist, earning him the moniker ‘Macbeth.’ He received scholarships for his graduate and post-graduate degrees, as well as funding for his doctoral degree from the University of London, after completing his school education with excellent results. With his revolutionary study in the topic of ‘Vibration,’ he went on to earn a Doctor of Science degree in Mechanical Engineering. Even while working full-time as a full-time professor and university lecturer, he transmitted knowledge at various levels. Because of his straightforward and successful teaching style, his pupils dubbed him ‘Dead Easy’ on campus. He was an inventor as well as a teacher, and he envisioned his country becoming more technologically advanced with Autonov I, a hybrid vehicle he built that could achieve high speeds in seconds. As a social and political activist, he spoke out against what he saw as Nigeria’s corrupt leadership, and authored several books on the subject. He was a wonderful educator who dedicated his entire life to the creation of a fair and informed society.

He was born in Oshodi, Nigeria, on March 12, 1937, to Chief Daniel Adekoya Awojobi, a Nigerian Railway stationmaster, and his wife, Comfort Bamidele Awojobi, a minor trader.

He attended St. Peter’s Primary School in Faji, Lagos, from 1942 to 1947. He then joined at the CMS Grammar School in Lagos, where he excelled academically and gained the moniker “Macbeth.”

Ayodele Awojobi excelled in mathematics and physics, but he also acquired a strong interest in the arts, joining the school’s literary and debate group. In 1955, he received an unprecedented eight distinctions for passing with straight A’s.

Later, he studied for his General Certificate of Examinations, GCE (Advanced Level), at the Nigerian College of Arts, Science, and Technology in Ibadan, where he received distinction in all subjects in 1958.

He graduated from the Nigerian College of Arts, Science, and Technology in Zaria with a master’s degree in mechanical engineering in 1962. In the same year, he received a scholarship from the federal government to continue his education at the University of London. He finished the course and received his PhD in Mechanical Engineering in 1966.

A Career of Ayodele Awojobi

Ayodele Awojobi returned from England in 1966 and was appointed as a professor at the University of Lagos’ Faculty of Engineering. His teaching approaches won him the admiration of his engineering students, and he quickly became well-known on campus.

He quickly advanced through the ranks of the institution, eventually becoming the department’s head of mechanical engineering.
Ayodele Awojobi later returned to London to complete his doctorate and returned in 1974. He was named associate professor of Mechanical Engineering at the University of Lagos upon his return.

He was awarded the degree of Doctor of Science one week after being hired as associate professor (DSc). As a result, he was immediately appointed as a professor of Mechanical Engineering at the institution.

In the early 1970s, his inherent desire to learn led him to work as a quizmaster on national television. He hosted the quiz show ‘Mastermind,’ in which participants faced questions on a variety of themes on a weekly basis.

Ayodele Awojobi was also an innovator, and while teaching at the university, he successfully transformed his own family automobile, an Opel Olympia Rekord, from right to left drive.

He continued his studies with motor engines and was able to re-design the vehicle such that it could move forward and backward with all four pre-existing gears. This allowed the hybrid car, which he dubbed ‘Autonov 1,’ to reach its top speeds in a matter of seconds when traveling in reverse.

He was also a political activist who voiced his concerns in national publications and magazines, even filing a lawsuit against the Nigerian government for what he perceived to be widespread election manipulation.
He was also a well-known novelist who, over the course of his career, published several political books outlining his ideological battles against what he saw as a corrupt federal government.

Ayodele Awojobi was a brilliant inventor. His own family car was modified from right-hand drive to left-hand drive. He also created a hybrid vehicle that could travel forward and backward in both directions using all four pre-existing gears. ‘Autonov 1’ was the vehicle’s name.

At Imperial College London, Ayodele Awojobi became the first African to be awarded a ‘Doctor of Science’ degree in Mechanical Engineering. He obtained the degree at the age of 37, which is a significant achievement because the degree is only given to scholars under the age of 40 on rare occasions.

He married and had children with Iyabode Mabel Awojobi.
At the age of 47, he died on September 23, 1984. He was laid to rest in Lagos’ Ikorodu Cemetery.

Ayodele is one of the wealthiest activists and one of the most well-known activists. Ayodele Awojobi’s net worth is estimated to be $1.5 million, according to Wikipedia, Forbes, and Business Insider.