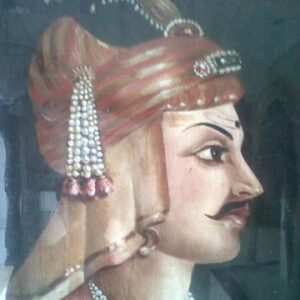 More Facts of Baji Rao I

Bajirao I was the fourth Maratha Chhatrapati (Emperor) Shahu’s Peshwa (Prime Minister). He is recognized with expanding the Maratha Empire, particularly in the north, as a brave warrior. He was born into a Marathi Chitpavan Brahmin household and was also known as Bajirao Ballal and Thorale (“Elder”) Bajirao. From an early age, Bajirao used to join his father on his campaigns as the first Peshwa of Chhattrapati Shahu. He grew up to be a bold and daring warrior, inheriting his father’s strength and valor. He rose to prominence as a result of his military prowess while still a youngster, and at the age of 20, he was named Peshwa. He proved to be an exceptional cavalry leader in this capacity, taking charge of his forces and helping to dramatically extend the Maratha Empire. Bajirao was known for his military prowess, and he excelled in battle by employing quick tactical movements. He fought in several key wars and is said to have never lost a single one. He was a well-liked figure who had earned the respect of his men and the people. Bajirao was noted for his love for his half-Muslim wife Mastani, in addition to his accomplishments as a warrior.

Balaji Vishwanath and Radhabai’s son Bajirao was born on August 18, 1700, into a Marathi Chitpavan Brahmin household. Chimnaji Appa, his younger brother, was his only sibling.

His father was Chhatrapati Shahu’s first Peshwa. He used to join his father on military campaigns as a small lad, and the Maratha cavalry generals provided him with excellent training. He grew up to be a disciplined and highly talented fighter thanks to his father’s wise teaching.

In 1716, Maharaja Shahu’s army-in-chief Dabhaji Thorat secretly arrested his father. Bajirao chose to go to jail with his father and stayed with him for two years till his release. In 1718, he traveled to Delhi with his father.

Vishwanath, his father, died in 1720. Even though Bajirao was only 20 years old at the time, Chhatrapati Shahu declared his selection as the new Peshwa right away.

Bajirao was a tall, well-built man with exceptional military skills despite his youth. Many in the Maratha court were envious of his elevation to the prestigious position of Peshwa at such a young age, but it didn’t take Bajirao long to show that Shahu had made the right choice in appointing him.

He placed his sights on expanding the Maratha Empire from the start. In 1723, he launched his first big war, conquering Malwa and then Gujarat. He then proceeded to capture most of central India, even daring to invade imperial Delhi.

On his advice, the Maratha Empire’s administrative capital was eventually relocated from Satara to the new city of Pune in 1728. Chhatrapati Shahu had a great deal of faith in Bajirao, who bravely challenged the Mughals and helped to reduce their hold on the Indian subcontinent.

Over the course of his two-decade career, Bajirao led various military campaigns. As part of the Maratha Empire, he is credited for founding the Scindias (Ranoji Shinde) of Gwalior, Holkars (Malharrao) of Indore, Gaekwads (Pilaji) of Baroda, and Pawar’s (Udaiji) of Dhar.

The valiant warrior was a master of military tactics and battle. He fought in 41 major fights, as well as many lesser ones, and is said to have never lost combat. He is most known for defeating Bangash Khan, the Mughal army’s most valiant leader.

Bajirao was recognized for his military tactics, and the Battle of Palkhed, which he fought against Hyderabad’s Nizam-ul-Mulk, is regarded as a remarkable example of his outstanding military strategy execution. The Marathas eventually overcame the Nizam, and Bajirao was acclaimed as the hero of the Marathas’ decisive triumph.

Bajirao’s first wife, Kashibai, had two kids with him: Nanasaheb and Raghunathrao.
His second marriage was to the Muslim wife’s daughter of Maharaja Chhatrasal of Panna. Mastani was a stunning and courageous woman who was adept at horseback riding, spear throwing, and swordsmanship.

Mastani, on the other hand, was never welcomed by Bajirao’s mother or brother since she was half-Muslim. This union also produced a schism in the orthodox Hindu community of Pune at the time.

Krishnarao was the name given to Mastani’s kid at the time of his birth. The couple’s son, however, was not allowed to be raised as a Hindu by conservative Hindus. As a result, the boy was given the name Shamsher Bahadur and was raised as a Muslim.

On April 28, 1740, Bajirao died of sickness. Mastani passed away not long after. She committed suicide, according to tradition, however, the actual circumstances of her death remain unknown.

Bajirao’s tale has inspired a number of books, television shows, and films, the most well-known of which is Sanjay Leela Bhansali’s ‘Bajirao Mastani’ (2015).

Bajirao’s estimated net worth is $ USD 3 million, according to online sources (Wikipedia, Google Search, Yahoo Search). His primary source of income is as a general officer.