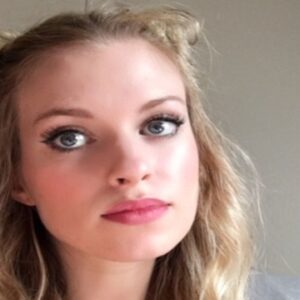 Barbara Dunkelman, often known as BlawnDee, is a Canadian voice actress and internet personality who rose to prominence as part of the Rooster Teeth production studio in Austin, Texas. She is currently the company’s Director of Social and Community Marketing. She is also the Program Director for the Rooster Teeth Expo, popularly known as RTX. She’s the executive producer and principal host of the “Always Open” podcast, which frequently features her friends and coworkers as special guests. She’s been a prominent voice actor on the 3D web series RWBY since 2013, and she’s also done motion capture work. In the 12th season of the comedy sci-fi online series Red vs. Blue, she began voice acting and later penned the episode “Head Cannon” in the 14th season. Rooster Teeth Shorts, Immersion, Day 5, Ten Little Roosters, and The Eleven Little Roosters are some of the live-action projects in which she has appeared. She co-founded the podcast Internet Box, which won three Podcast Awards in 2012, 2013 and 2015. She and her coworker Jack Pattillo were featured in Microsoft’s “Xbox Live Stories” in May 2013.

Barbara Dunkelman initially became aware of the comedy sci-fi web series ‘Red vs. Blue’ when she spotted her elder brother and his friends watching it on the computer in their basement during her teenage years. She was immediately fascinated on the online series and signed up as a community member at the Rooster Teeth website in 2004 as a fan of Mario and Zelda. The website, which is known for its active online community, provided a safe haven for the adolescent girl who wanted to participate in all aspects of the web series.

She went to the Toronto Red vs. Blue (RvBTO) fan event the next year. She returned to the event in subsequent years, where she met and formed friends with a number of members of the community. She began working as a co-host and coordinator at fan gatherings in 2008. She also worked as a hostess for WatchMojo.com, a Canadian video content provider, for a few months in 2010. She attended the first Rooster Teeth Expo (RTX) in 2011 as the event’s volunteer coordinator.

With Rooster Teeth staffers Michael Jones, Ray Narvaez, Jr., Lindsay Jones, and Kerry Shawcross, as well as community members Andrew Blanchard, Mike Kroon, and Dylon Saramago, she co-founded the podcast show ‘Internet Box’ in September 2011. She quickly rose to the top of the Rooster Teeth community site’s most-followed members. In December of that year, she was hired as the company’s community manager, responsible for organizing RTX alongside Gustavo Sorola, one of the company’s founders. She was also in charge of establishing community features and maintaining the company’s social media platforms.

Barbara Dunkelman, who began as a fan, not only became a paid employee, but also proved to be a great asset, performing voice acting, motion capture, and even script writing. In reality, she has achieved celebrity status as a result of her popularity.

A large number of fans devote time and effort to creating fan art and writing fan fiction about her. She is best known, though, for her awful puns, which have given her the moniker “Barbara Pun-kelman.”
She has been interested in video games and humor since she was a teenager, and she frequently expresses her pride in being a woman in the gaming and entertainment sector.

She’s been referred to as a “booth babe” on occasion, meaning that she was employed solely for her good looks. She calls herself a feminist and frequently speaks out against the unfair treatment of women on the internet and in the gaming industry. She is also not afraid to discuss her political opinions on the internet.

Barbara Julie Dunkelman was born on July 2, 1989, in Montreal, Canada’s Québec province’s main city. She has an older brother and a younger brother and comes from a Jewish family. She earned with a Bachelor of Commerce degree in Marketing from Concordia University’s John Molson School of Business in June 2011. Rooster Teeth sponsored her H-1B visa once she got a job there, and she went to Texas as a result. She is now a United States permanent resident. She is presently dating Aaron Marquis, who works at Rooster Teeth as a voice actor and writer.

Barbara Dunkelman is a $400 thousand net worth Canadian voice actress and internet personality. Barbara Dunkelman was born in July 1989 in Montreal, Quebec, Canada, and now lives in the United States. She earned a marketing degree from Concordia University in 2011 and went on to co-found the award-winning podcast Internet Box.