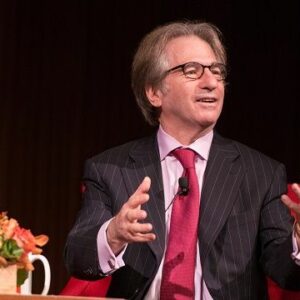 Barry Charles Scheck is a well-known American attorney who rose to prominence as a member of O.J. Simpson’s criminal defense team, helping to secure his acquittal in the highly publicized murder trial. He is a co-founder and director of The Innocence Project, as well as a professor at Yeshiva University’s Benjamin N. Cardozo School of Law. Scheck, widely regarded as one of the finest criminal defense attorneys in the world, has also served as president of the National Association of Criminal Defense Lawyers and taught legal ethics, forensic science, and trial practice to law students, lawyers, and judges. One of the most notable characteristics of Attorney Barry Scheck is that he never shies away from high-profile cases and approaches them with integrity and prudence. While his association with the Simpson team somewhat tarnished his reputation, the majority of his career has been devoted to the pursuit of worthwhile causes, including the service of those who are most in need. Regarding Scheck’s accolades, he is the recipient of the National Trial Lawyers Lifetime Achievement Award. He has also received a gold medal from the New York State Bar Association. Scheck also holds several honorary degrees and has been named one of the 100 Best Lawyers in the United States multiple times.

After completing his law studies, Barry Scheck worked for the Legal Aid Society in the Bronx for five years. When he was hired as a clinical law professor at New York’s Cardozo School of Law, he gained a major break. This position also offered him sufficient freedom to follow his interests.

Scheck was the attorney for the famous Hedda Nussbaum case in 1987. In addition to defending her, the attorney-assisted in having the allegations against her withdrawn. He also achieved Joel Steinberg’s arrest in the case ‘Nussbaum vs. Steinberg’.

After joining the O. J. Simpson defense team and defending him in the 1995 trial, Scheck became the lead attorney in the case of British au pair Louise Woodward and defended her in her murder trial.

In 1985, he was also instrumental in clearing John Kogut, Dennis Halstead, and John Restivo of rape and murder charges against Theresa Fusco. Upon receiving negative DNA results, Scheck confirmed their innocence.

From 2004 to 2005, Scheck served as president of the National Association of Criminal Defense Lawyers. Currently, he teaches at the Benjamin N. Cardozo School of Law. He is also the director of both the Center for the Study of Law & Ethics and the Trial Advocacy Program’s Clinical Education.

In 1992, Barry Scheck and Peter Neufeld, his law partner, co-founded the Innocence Project. The Project is essentially a non-profit organization committed to utilizing DNA evidence to exonerate wrongfully condemned criminals. So far, the Innocence Project has successfully reversed 343 erroneous convictions.

In 1971, he graduated from Yale University with a Bachelor of Arts in American Studies and economics. Later, he earned a Master of City Planning (M.C.P.) and a Juris Doctor (J.D.) from the University of California, Berkeley.

Regarding the Attorney’s romantic status, he is married to Dorothy Rick. The couple has an actress daughter, Olivia Morgan Scheck.

Barry is one of the wealthiest and most popular attorneys. According to our research, Wikipedia, Forbes, and Business Insider, Barry Scheck has an estimated net worth of $1.5 million.