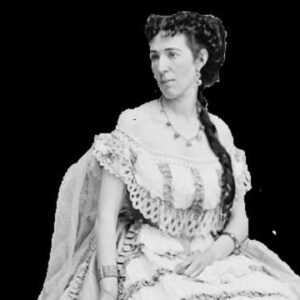 During the “American Civil War,” Isabella Maria Boyd, also known as “Belle Boyd,” was one of the most well-known Confederate spies. She was also called “Cleopatra of the Secession” and “Siren of the Shenandoah.” She began spying when she was a teenager. She did her spying from the hotel run by her father, Benjamin Reed, in Front Royal, Virginia. Her job was to get important information and supplies to the troops in the South. Since she was still in her teens, the Union troops were less likely to think she was a spy. But when the press found out about her work, she was often jailed, though only for a few months each time. In 1862, she gave Confederate General Stonewall Jackson important information that helped his troops take back the town of Front Royal. This was the most important thing she did as a spy. When she moved to England, she wrote a book called “Belle Boyd, in Camp and Prison.” She also tried acting when she was in England. In her later years, she went on a lecture tour across the United States and talked about how she was a spy during the “American Civil War.”

She was the oldest child of Benjamin Reed Boyd and Mary Rebecca (Glenn) Boyd. She was born on May 9, 1844, in Martinsburg, Virginia, which is now in West Virginia. Her dad ran a store.

She was full of life, brave, funny, and spontaneous, and she always had a strong will. She had a very happy, carefree childhood, which was marked by the fact that she was always in charge of her siblings. As a child, she was not allowed to ride a horse at a family party, but as a tomboy with a sense of adventure, she did just that.

After her early schooling, she went to Baltimore’s “Mount Washington Female College” in 1856 and stayed there until 1860.

Even though most people in Martinsburg sided with the Union, her family was very committed to the Confederate cause. While her father joined the Virginia infantry, she started a fund-raising campaign to help the Confederates as soon as the “American Civil War” started.

After a fight in the town of Falling Water, Union troops arrived in Martinsburg on July 3, 1861. When the Union took over Martinsburg, Belle Boyd hung out with the soldiers and got as much information from them as she could. She then sent the information to the Confederate officers through messengers.

Union soldiers heard that she had Confederate flags in her room, so on July 4, 1861, they went to her family’s house to check it out and raise their own flag. But she and her mother told the group that they couldn’t come into the house. After this, there was a fight, and when one of the soldiers yelled insults at her mother and tried to force his way in, Belle Boyd pulled out a gun and shot and killed the soldier.

She had to go through a trial, and after an investigation, the Union officer in charge decided that what she did in that situation was the right thing to do, so she was let go on defensive grounds. Even though she was freed, her house was kept under close watch, and sentries watched her movements as well as the house.

Instead of being scared, she took advantage of the situation and used her best flirting skills to get one of the soldiers, Captain Daniel Kiely, interested in her. She got a lot of useful information from him, and her slave Eliza Hopewell told the Confederate soldiers about it.

When her first spying plan was found out, she was caught and told that she could be put to death. Instead of freaking out, she realized that she needed to find better ways to talk to people.
She decided to help the South and became a spy for Confederate Generals P.G.T. Beauregard and Stonewall Jackson, giving them information and medical supplies.

Eventually, the press found out where she was and what she was doing. Because of her courage and zeal, they called her “Cleopatra of the Secession,” “Rebel Joan of Arc,” “Siren of the Shenandoah,” and “La Belle Rebelle.” The fact that she became famous so quickly got her locked up, but she was released after a week and went back to her spy work.

In May 1862, she hid in a closet while Union General James Shields and his staff talked in a nearby hotel. She found out that the general is supposed to move from Front Royal, Virginia, to the east. She rode through Union lines and gave the information to Confederate Colonel Turner Ashby that night. She did this by carrying fake documents to fool the sentries.

In May 1864, she was on her way to England to deliver Confederate documents there when a Union naval ship stopped her ship. She was charged with espionage and sent to prison.

She fell in love with Samuel Hardinge, a Union officer who was also one of the people who kept her in prison. Samuel Hardinge was sent to prison for helping Belle Boyd because of the relationship, which led to their marriage and gave them a daughter.

In 1864, she moved to England and began to work as an actress there. She also tried writing about the things she did and saw during the war.
In 1865, she wrote a book called “Belle Boyd, in Camp and Prison.” In it, she talked about how her husband Hardinge helped.

In 1866, “The Lady of Lyons,” her first play, was performed in Manchester. After that, she moved back to the US and did a play called “The Honeymoon” in New York in 1868. The next year, she retired.

In 1886, after a long time away from the stage because of money problems, she came back.
In her later years, starting around 1887, she traveled around the United States and gave exciting talks about being a spy during the war.

The general thanked her by sending her a note and then giving her the titles of captain and honorary aide-de-camp. The “Southern Cross of Honor” was also given to her.

Samuel Hardinge, her first husband, died in 1866. On November 11, 1869, she moved back to the US, and that same year, she married John Swainston Hammond, a former Union officer. They had four kids together, but they split up in 1884.

In 1885, she married a young actor named Nathaniel Rue High.
On June 11, 1900, she died of a heart attack in Wisconsin. She was in Kilbourne City, which is now called Wisconsin Dells. She went there while on a tour of the United States to talk to members of a GAR post. She was laid to rest at the “Spring Grove Cemetery” in Wisconsin.

Belle is one of the wealthiest War Heroes and is on the list of the most well-known War Heroes. Belle Boyd’s net worth is about $5 million, according to our research, Wikipedia, Forbes, and Business Insider.