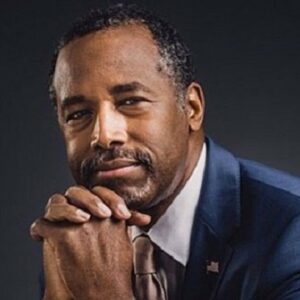 Ben Carson, an accomplished author and retired American neurosurgeon, was the first person to successfully separate conjoined twins who were linked at the head. Other doctors had tried before, but most of the time one or both of the babies did not make it through the surgery. Separating conjoined twins at the head is a high-risk technique since the twins frequently share vital blood arteries that, if ruptured, could result in death. In 1987, Ben Carson and his team of surgeons made history by successfully separating the Binder twins, Patrick and Benjamin, who both lived to enjoy separate lives. It’s difficult to believe that this amazing neurosurgeon was once a failing student in school. Childhood for little Ben, who was raised by a single mother, was difficult, and he looked destined for mischief. Sonya, while being uneducated herself, urged her children to study hard and kept the lad out of trouble. He developed into a fantastic student who went on to medical school under her guidance. He eventually rose to prominence as a world-renowned neurosurgeon specializing in the separation of conjoined twins. Carson is also a best-selling author with a keen interest in politics.

On September 18, 1951, in Detroit, Michigan, Ben Carson was born Benjamin Solomon Carson. Sonya Copeland and Robert Solomon Carson had two sons together. His father was a World War II veteran and a Baptist minister who later worked as a laborer at a Cadillac factory. When he was 13 years old, his mother dropped out of school to marry. When Ben was eight years old, his parents split, leaving his young mother to raise her two sons alone.
Sonya juggled two to three jobs at a time to make ends meet, which caused the family to struggle. Ben had no interest in studies as a child and was becoming violent as a result of his upbringing in poverty. His mother imposed a tougher schedule on her sons and pushed them to work more in class.
Ben began to take his studies seriously under his mother’s guidance, and he quickly rose to the top of his class. He attended Yale University and majored in psychology after graduating with honors from Southwestern High School.
He proceeded to the University of Michigan Medical School to pursue his dream of becoming a doctor. He discovered his passion for neurosurgery while at the university and went on to earn his M.D. in this specialty.

In 1977, he joined the prestigious Johns Hopkins Hospital in Baltimore as a neurosurgery resident after graduating from medical school. He showed excellent eye-hand synchronization from the start and quickly established himself as a capable surgeon.
In 1983, he was requested to join the Sir Charles Gairdner Hospital in Perth, Australia, because the country lacked neurosurgeons with experience in the discipline at the time. Carson accepted the chance despite his reservations about moving so far away from home.
He returned to Johns Hopkins in 1984, and at the age of 33, he was appointed director of pediatric neurosurgery at Johns Hopkins Hospital, as well as co-director of the Johns Hopkins Craniofacial Center.
In 1987, he led a team of surgeons through a difficult procedure to separate two 7-month-old craniopagus twins, making history. Because of his repute, he was consulted on this issue from Germany! His crew successfully separated the lads, and he lived up to his reputation.
In 1994, he was summoned to South Africa to separate the Makwaeba twins, who were conjoined at birth. Despite the greatest efforts of the surgeons, the procedure was unsuccessful, and both babies perished.
In 1997, he traveled to Zambia with his team to operate on the Banda twins, Luka and Joseph, who had their heads linked at the tops. The surgery took 28 hours, but neither of the boys suffered any brain damage as a result of it.
In 2003, he was tasked with separating adult conjoined twins Ladan and Laleh Bijani, both 29 years old Iranian women. Carson and a team of 100 people carried out the complex procedure, which proved to be more challenging than they had anticipated. Unfortunately, both women died soon after their operations.
He has written many books, including ‘Gifted Hands’ (1996), ‘Think Big’ (2000), ‘The Big Picture’ (2006), and ‘Take the Risk’ (2008), in addition to his job as a neurosurgeon (2009).

He was the first neurosurgeon to successfully separate conjoined twins who were linked at the head on September 4, 1987. He oversaw the 22-hour surgery to separate the conjoined twin boys with a team of 70 doctors and medical personnel. This was the first time in the world that both babies survived an operation of this kind.

In 2000, he was honored with the Jefferson Awards’ Award for Greatest Public Service Benefiting the Disadvantaged.
In 2008, he was awarded the Presidential Medal of Freedom, the highest civilian honor bestowed by the United States. He has also been awarded honorary doctorates from prestigious universities.

When they were both students at Yale University, he met Lacena “Candy” Rustin in 1971. In 1975, they married and had three sons together. Carson was diagnosed with prostate cancer in the early 2000s and has now recovered entirely. In 1994, he and his wife co-founded the ‘Carson Scholars Fund,’ which awards scholarships to students who demonstrate “intellectual achievement and humanitarian traits.”

Ben Carson’s estimated net worth is about $30 Million.