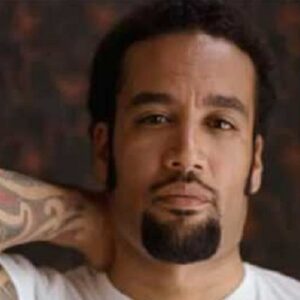 Ben Harper is a dynamic singer-songwriter from California, United States. He grew up in a musical family, listening to a wide range of music that was popular at the time. He became interested in blues, folk, reggae, soul, and R&B, all of which inspired his singing to such an extent that it is difficult to label him. He effortlessly embraced all musical styles and was well-liked by both critics and the younger generation. Along with masters like Charlie Musselwhite, he is credited with resurrecting the blues. As a lyricist, he wrote words that touched the hearts of countless music fans with their sincerity and earnestness. He’s not only noted for his singing abilities, but he’s also a fantastic guitarist. He gained a following not just in the United States, but also in Canada, Europe, Australia, and New Zealand. He is also well-known for his activism, which he is praised for around the world. He’s won two Grammy Awards, and critics say he could have won more accolades and had more commercial success if he hadn’t experimented so much.

Ben Harper was born to Leonard and Ellen Chase in Pomona, California. When his parents divorced, he was only five years old. His mother’s family raised him and his two brothers, Joel and Peter.

Leonard Cohen, Taj Mahal, John Darnielle, and David Lindley were among the artists who attended his grandparents’ music store, ‘The Folk Music Centre and Museum.’

He saw Bob Marley, the reggae legend, perform in Burbank, California when he was nine years old. This spectacular concert affected his music and left a lasting imprint on his young mind.

Ben Harper’s first gig was when he was twelve years old. He began by playing the slide guitar in the style of American blues vocalist Robert Johnson, then transitioned to the Weissenborn slide guitar.
Taj Mahal, a Grammy-winning blues musician, invited him to visit Hawaii, which was his first huge break. In 1990, they collaborated on the album ‘Follow the Drinking Gourd.’

In 1992, he recorded the album ‘Pleasure and Pain’ with Tom Freund, a singer-songwriter and multi-instrumentalist. This limited edition album helped him land a long-term deal with Virgin Records.

His debut album, ‘Welcome to the Cruel World,’ was published by Virgin Records in 1994. He was now a well-known folk performer in California, and he was backed by a band called the ‘Innocent Criminals.’

In 1993, he was asked to perform at the ‘Rencontres Trans Musicales of Rennes,’ a three-day annual music festival in France. It was his first time performing on a large stage.

He published the album Fight For Your Mind’ in 1995. The album garnered positive reviews, with critics praising the singer’s attempt to blend folk, rock, reggae, and heavy metal genres.
In the 2002 documentary ‘Standing in the Shadows of Motown,’ a history of ‘The Funk Brothers,’ he was one of the featured performers.

In 2004, the artist took part in the ‘Vote for Change’ concert tour to raise money for a campaign to encourage people in key swing states to vote in the 2004 presidential election.

In 2004, he also assisted in the live recording of the song ‘Oppression’ for the album ‘For The Lady,’ which was dedicated to Burmese opposition leader Aung San Suu Kyi, who was detained at the time.

In 2010, he established the band ‘Fistful of Mercy,’ which featured singers such as Dhani Harrison and Joseph Arthur, and published their debut album, ‘As I Call You Down.’
Ben Harper was a co-producer on Natalie Maines’ first solo rock album, ‘Mother,’ which was released in May of 2013.

‘Diamonds on the Inside,’ Ben Harper’s 2003 CD, featured mostly songs written by him. It went double platinum in Australia and New Zealand and reached No. 19 on the Billboard 200 Chart.

In 2006, the vocalist released a two-disc album called ‘Both Sides of the Gun.’ The album debuted at No. 7 on the Billboard 200 Chart and was a commercial success in Australia as well.

Following a successful tour of Australia, New Zealand, France, Portugal, Germany, and Switzerland, he was crowned ‘Artist of the Year’ by the French magazine ‘Rolling Stone’ in 2003.

He won Grammy Awards in two categories in 2005: ‘Best Pop Instrumental Performance’ for his song ’11th Commandment,’ and ‘Best Traditional Soul Gospel Album,’ for his album ‘There Will Be a Light.’

Between 1996 and 2013, Ben Harper married twice, first to Joanna and later to Laura Dern, but both marriages ended in divorce. From his previous marriages, he has four children: Charles, Harris, Ellery Walker, and Jaya.

Stock investments, property holdings, and endorsement deals with ‘CoverGirl’ cosmetics have contributed to his estimated net worth of $215 million. Aside from these, he owns a football team and several eateries in Washington.

Ben Harper is a $10 million dollar singer-songwriter from the United States. Ben Harper was born in Claremont, California, and began playing the guitar in elementary school before focusing on slide guitar in his early teens. The Folk Music Center and Museum, his family’s folk music shop, eventually became the foundation for his first professional employment.

‘I truly make an effort to live up to my promise,’ said this well-known artist. That does not imply that I am the same person as in my songs.’
This well-known singer-songwriter made a brief appearance in David Lynch’s mystery film ‘Inland Empire.’