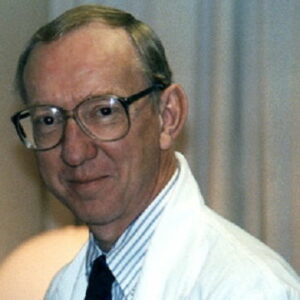 More Facts of Bengt I. Samuelsson

Bengt I. Samuelsson is a Swedish biochemist who shared the Nobel Prize in Physiology or Medicine in 1982 with Sune K. Bergström and John R. Vane “for discoveries involving prostaglandins and related physiologically active chemicals.” Samuelsson met his tutor, Sune K. Bergström, while studying medicine at the University of Lund. Bergström was working on prostaglandins at the time. Samuelsson had originally intended to focus on cholesterol metabolism, but he quickly changed his mind and joined Bergström’s team. Later, he accompanied his instructor to Stockholm’s Karolinska Institute, where he completed both his medical and graduate studies. Following his graduation, he returned to his old university as an Assistant Professor of Medical Chemistry and resumed his study alongside Bergström. Samuelson was able to characterize the molecular structure of prostaglandins and prove that the molecule is formed from arachidonic acid after years of arduous research. He eventually focused on the transformation products of arachidonic acid, which led to the discovery of endoperoxides, thromboxanes, and leukotrienes. He also demonstrated how prostaglandins are formed when this acid reacts with oxygen. Scientists from all around the world praised him as the creator of the scientific field Lipid Mediators at a symposium in 2014.

Anders Samuelsson and Kristina Nilsson Samuelsson had Bengt Ingemar Samuelsson on May 21, 1934, in Halmstad, southwest Sweden. His parents raised him as their only child.

Bengt had his early schooling in public schools in the area. Later, he enrolled at the University of Lund to pursue a degree in medicine. He decided to pursue cholesterol metabolism and its response mechanisms for his graduate studies after getting his B.S. in biology.

Sune Bergström, a professor of physiological chemistry at the University of Lund who was researching on prostaglandins at the time, took him in instead.

Bergström recruited a group of graduate students at the University of Lund and began his research on prostaglandins. One of them was Samuelsson. Their team identified two prostaglandin chemicals, E1 and F1, in 1957 using countercurrent fractionations and partition chromatography.

Bergström became a professor of chemistry at Karolinska Institute in Stockholm a year later, in 1958, and took his entire research team with him. Samuelsson accompanied him.

They continued their prostaglandin study at Karolinska. Samuelsson maintained his medical studies while working on his graduate degree in biochemistry. In 1960, he completed his dissertation and was appointed as a docent in medical chemistry. Then, in 1961, he graduated from Karolinska Institute with a doctorate in medicine.

A Career of Bengt I. Samuelsson

After completing his fellowship, Samuelsson returned to Karolinska Institute as an Assistant Professor in 1962. He rejoined Bergström’s team and resumed his prostaglandin research. He later succeeded in determining the compound’s molecular structure and began working on its synthesis.

Samuelsson left Karolinska Institute in 1967 to become Professor of Medical Chemistry at the Royal Veterinary College in Stockholm. He continued his research on prostaglandins here as well, demonstrating their usefulness in animal breeding and other veterinary applications.

In 1973, he was appointed Professor of Medical and Physiological Chemistry at Karolinska Institute. He also became the Chairman of the Department of Chemistry at the same time. He also discovered thromboxane, which has blood clotting capabilities, in 1973.

In 1976, he traveled to the United States to work as a visiting Professor of Chemistry at Harvard University. Despite his teaching obligations, he continued his research and, in 1978, discovered leukotrienes, which are formed by the oxidation of arachidonic acid in leukocytes.

Samuelsson was appointed Dean of the Medical Faculty at Karolinska Institute on July 1, 1978, and held the position until June 30, 1983.
He became the institute’s Rector (Vice Chancellor) on July 1, 1983, and remained in that post until his retirement in 1995.

His later research focused on the chemistry, biology, and biochemistry of endoperoxides, thromboxanes, and leukotrienes, the three substances he discovered. He emphasized their importance in biological control systems in particular.

In the 1980s and 1990s, he focused on the effects of medications on leukotriene pathways and investigated new compounds that might be able to suppress leukotriene functions. These studies aided in the treatment of thrombosis, inflammation, and allergies, among other medical disorders.

Major Projects of Bengt I. Samuelsson

Samuelsson’s contributions to physiology and medicine are best known for his work on prostaglandins. He was the first to not only identify its molecular structure, but also to explain that it is formed from arachidonic acid, which may be found in certain vegetable oils and meats. He then demonstrated how this acid reacts with oxygen to produce prostaglandins.

Samuelsson was awarded the Nobel Prize in Medicine or Physiology in 1982 for his “discoveries involving prostaglandins and related biologically active chemicals.” He was awarded the prize alongside his tutor Sune K. Bergström, who worked on the same subject with him, as well as John R. Vane, who worked on it separately.

While a student at the University of Lund, Samuelsson met his future wife, Karin Bergstein. They later married and have two daughters, Elisabet and Astrid, as well as one son, Bo.

Researchers from all over the world gathered in August 2014 at Karolinska Institutet for a three-day symposium. Professor Samuelsson was acknowledged as the originator of the scientific field Lipid Mediators at this symposium.
The Bengt Samuelsson Institute of Life Science opened in Jiangyin, China, on April 22, 2015. The institute focuses on biomedical and pharmacological research and development.

Estimated Net Worth of Bengt I. Samuelsson is unknown.