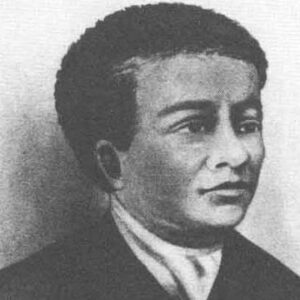 Benjamin Banneker was a multifaceted character. He was a self-taught African American scientist, astronomer, surveyor, almanac compiler, farmer, and mathematician. He was a staunch supporter of racial equality and the abolition of slavery. Bannekar was a prolific almanac author who corresponded with Thomas Jefferson. He was born in Maryland in the early eighteenth century. Benjamin urged Jefferson to do everything he could to ensure racial equality and the eradication of slavery in these letters. Bannekar, by the way, was a free black man who had a farm in the Baltimore area. Benjamin Banneker is well known for being a part of the Major Andrew Ellicott-led squad. This organization conducted substantial survey work throughout the District of Columbia, which served as the United States’ federal capital district. Several abolitionists and campaigners for racial equality admired and promoted Banneker’s work extensively. On the day of Banneker’s funeral, a fire broke out, destroying most of his personal items and papers except his astronomical diary.

Benjamin Banneker was born in Ellicott’s Mills, Maryland, on November 9, 1731. His father, Robert, was a former slave, and his mother, Mary Banneky, was a free woman.

Bannekar’s parents were free, thus he was able to break out of slavery as well. He learned to read from his maternal grandmother and briefly attended a Quaker school.
His genius can be explained by the fact that he was primarily self-educated and accomplished a great deal in his life via his own efforts.

His first accomplishments included creating an irrigation system for his family’s farm and building a wooden clock with a reputation for keeping precise time. In reality, until Benjamin’s death, the clock worked for over 50 years.
Aside from these efforts, Benjamin taught himself astronomy and could accurately predict lunar and solar eclipses. Following his father’s death, he ran his own farm for a few years and built a company selling tobacco through crops.

Later in life, the Ellicot family, who were his neighbors and well-known Baltimore entrepreneurs, took note of Bannekar’s potential. Banneker knew the Ellicot Brothers, one of whom, George Ellicot, was also an astronomer and mathematician.

Bannekar was given many astronomy books, as well as a telescope and astronomical tools, by George Ellicott. Bannekar self-taught himself astronomy.
He became the first African-American to be nominated to the President’s Capital Commission in 1789 after correctly predicting a solar eclipse.

One of the family members, Andrew Ellicot, engaged Benjamin to assist him in surveying the region for the nation’s capital city in 1791. Bannekar worked in an observatory tent, charting the movement of the stars with a zenith sector. However, Banneker was laid off after three months due to an unexpected illness.

Benjamin’s almanacs, which were produced from 1792 to 1797 and contained useful information about literature, medicine, opinion articles, and his own astronomical calculations, were well regarded.

In 1791, Bannekar sent a letter to Thomas Jefferson, the then-US Secretary of State, on the injustices faced by African Americans who were treated as slaves. Jefferson penned the US Declaration of Independence in 1776.

Bannekar was a huge admirer of Thomas Jefferson’s, and he had forwarded his almanac to the Academy of Sciences in Paris for inclusion. Following the publication of the almanac, Bannekar began writing to Jefferson about the abolition of slavery.

Banneker built a wooden clock that struck every hour while he was only 22 years old, in 1753. He appeared to have designed this clock after a borrowed pocket watch, and the clock worked until Benjamin died.
From 1792 to 1797, his famous almanacs were published in a row for six years in a row. The almanacs were full of useful information on a variety of topics and fields, and Bannekar conducted all of the computations himself.

Benjamin also wrote a dissertation on bees and worked out the 17-year locust cycle.

Benjamin had calculated ephemerides for one of his almanacs and had generated precise estimates of both lunar and solar eclipses.
He is considered the first African-American scientist.

Benjamin Bannekar never married and spent his entire life pursuing his scholarly interests. He had never been in a relationship with a woman before.

After his almanac was no longer published, he sold a large piece of his property to the Ellicotts and others to make ends meet, and he continued to live in his log home.

Benjamin died on October 9, 1806, about a month before his 75th birthday, while napping after returning from his customary morning stroll.

On the 11th of October 1906, during his funeral, a large fire broke out in his home, completely destroying everything in it, including his personal things, furniture, and wooden clock. The exact cause of the fire was never discovered.
His name has been given to a number of recreational facilities, schools, roadways, and institutions. In his honor, a postage stamp was also issued.

The estimated net worth of Benjamin Banneker is unknown.

In an obituary published in the Federal Gazette of Philadelphia, Benjamin Banneker’s life was remembered. For more than two centuries, the obituary has been written continually.

Wheat produced on a farm created by Banneker saved American troops from starvation during the Revolutionary War.