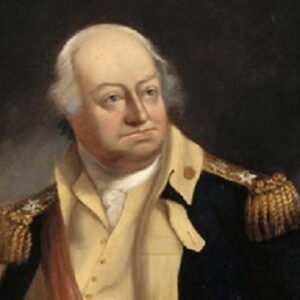 Benjamin Lincoln, the main general of the Continental Army during the American Revolutionary War, is a lesser-known but nonetheless significant person. Leaving left a comfortable and prosperous lifestyle, he devoted his entire life to serving his country. At the age of 21, he began his career as a town constable after being inspired by his father’s public service. Later, he served as an adjutant in the 3rd Regiment of the Suffolk County militia, was promoted to lieutenant colonel, and was then elevated to major general in the Continental Army. Lincoln was present for the Boston Campaign, the Battle of White Plains, the Battle of Bound Brook, the Siege of Savannah, and the Siege of Charleston. During the American Revolutionary War, his career witnessed three key surrenders. Even after he retired from the military, he remained politically involved in his home state of Massachusetts. He served as the second lieutenant governor of Massachusetts and the first secretary of war for the United States. He was also a Massachusetts state convention delegate. To learn more about his childhood, personal life, and military accomplishments, scroll down and continue reading this biography.

His father was a wealthy man who held numerous municipal positions. Benjamin briefly worked on the family farm and attended the local school in the town.

At the age of 21, he followed in his father’s footsteps by becoming a municipal policeman. Later in 1755, he joined the 3rd Regiment of the Suffolk County militia as an adjutant.

In 1770, he advocated for the non-importation of British products and expressed his opposition to the Boston Massacre.
In 1772, he was elevated to lieutenant colonel of the Suffolk militia’s Third Regiment. In that year, he was chosen as the town’s representative in the provincial legislature.

The provincial legislature was transformed as the Massachusetts Provincial Congress in 1774. He continued to be elected to this council and assumed responsibility for controlling the formation and provisioning of the militia.

In 1776, he was elevated to major general in the Massachusetts militia, which granted him the responsibility of overseeing coastal defenses. He successfully commanded the final Royal Navy ship from Boston Harbor in the same year.

In September 1776, he was appointed commander of a brigade of militia that was dispatched to New York to join General George Washington’s soldiers. After his brigade reached southwestern Connecticut, he was given new orders to lead them to Washington’s army, which was moving north.

General Washington promoted him major general of the Continental Army on February 14, 1777, after he was pleased with his abilities. He led his brigade to Bound Brook, New Jersey, where they were ambushed.

At the Battle of Bound Brook, where he was opposed by a considerably greater force, he was beaten. This dangerous endeavor could have resulted in his detention, an event he narrowly avoided.

During the Battles of Saratoga in September 1777, he injured himself while commanding his soldiers. His participation led to the surrender of a British army by John Burgoyne.

During the Battle of Charleston in 1780, he was forced to surrender more than 5,000 soldiers to Lieutenant-General Sir Henry Clinton. Benjamin Lincoln was taken prisoner of war during one of the worst defeats suffered by the Continental Army.

He was exchanged for British Major General William Phillips in November 1780. He rejoined Washington’s main force and played a pivotal part in the Siege of Yorktown and Lord Cornwallis’ surrender on October 19, 1781.
In 1781, he was selected as the first Secretary of War in the government of George Washington. The Confederation Congress appointed him in accordance with the Articles of Confederation.

In 1787, he ratified the United States Constitution as a member of the Massachusetts state convention. In the same year, he put an end to the Shays’ Rebellion, an insurrection of farmers.
Prior to his retirement from public life in 1809, he served as lieutenant governor of Massachusetts and collector of the Port of Boston.

At the age of 23, he wed Mary Cushing in 1756. She was the daughter of Massachusetts’s Elijah Cushing of Pembroke. The couple had eleven children, seven of whom reached adulthood.
He served as the Derby Academy’s trustee.

He passed away at age 77 in Hingham, Massachusetts, United States. He was laid to rest at Hingham’s Old Ship Church.

The General Benjamin Lincoln House was designated a National Historic Landmark and listed in the National Register of Historic Places in 1972.

In the early stages of the American Revolution, he distinguished himself in the northern operations before being forced to surrender in Charleston in 1780.