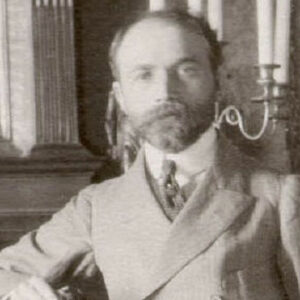 Bernard Berenson was an art historian from the United States who was known as an expert on paintings and drawings from the Italian Renaissance. In the early 20th century, he was a consultant for the most important American museums and collectors. He was also a big part of how the market for paintings by the “Old Masters” came to be. He was a well-known Renaissance art expert and one of the most important art collectors at the start of the 20th century. He was a smart man who had gotten a great education in literature, languages, and the history of the Middle Ages and Renaissance, which helped him decide what he wanted to do with his life. At first, he wanted to work in literary criticism and history, but later he turned his attention to the visual arts. He started publishing many scholarly articles, which helped him get a reputation as a person who knew a lot. He did this by combining his interests in literature and the arts. His books about Italian art made him very well-known, and many of the most important art collectors often asked him for advice. His reputation grew so much that a painting’s value went up a lot if he said it was real. He was without a doubt the most influential art historian in the United States for most of the 20th century, even though some of his peers didn’t agree with the way he did things.

His parents had high hopes for him because he was the oldest son in the family. In 1875, his family moved from Lithuania to Boston, where they changed their name to “Berenson.” Bernard was born a Jew, but he became a Christian as an adult.

He went to Harvard University and took classes with Charles Eliot Norton. In 1887, he got his B.A. He was a smart student who helped others, like George Santayana, who later became a cultural philosopher.

He then moved to Oxford, England, where he met Edward Perry “Ned” Warren, an art collector. Herbert Horne, a Renaissance scholar, was another person he met. Horne had a big impact on young Bernard.

In 1889, he met the famous art lover Giovanni Cavalcasselle. After that, he started putting out studies about art. He had read a lot of the Italian art historian Giovanni Morelli’s books, which had a big impact on him. This was clear in his writings.

By 1890, he was also selling art, and he looked for pictures for his art historian friend Jean Paul Richter, collector Edward Perry “Ned” Warren and London dealer Otto Gutekunst.
In 1892, he bought his first piece as a dealer and helped the British art collector James Burke get some paintings by the Impressionists and one by Piero di Cosimo.

The Venetian Painters of the Renaissance with an Index to Their Works, his book about Renaissance art, came out in 1894. People liked his knowledge of art and the way he did things in a planned way.

In 1895, he wrote “Lorenzo Lotto: An Essay on Constructive Art Criticism,” which art critics, especially Heinrich Wolfflin, liked a lot. The next year, he put out a book called “The Florentine Painters of the Renaissance,” which was again praised for its new way of looking at art. In 1897, another book called “The Central Italian Painters of the Renaissance” came out quickly after the first.

In the late 1890s, he began working on what would become his masterpiece, “The Drawings of the Florentine Painters.” It took him six years of hard work and research, but it was finally published in 1903.
The North Italian Painters of the Renaissance, a book he wrote, came out in 1907. In this book, he talked about how he didn’t like modern art and gave an opinion about mannerist art that caused some debate.

He also wrote two volumes of journals, called “Rumor and Reflection” and “Sunset and Twilight,” during the course of his writing career. He also wrote “Aesthetics and History” and “Sketch for a Self-portrait,” among other books.
People thought he knew a lot about Renaissance art and that he was an expert on the subject. He worked as a consultant for a number of wealthy art collectors and made a lot of money doing so.

On a trip to England in 1888, he met Mary Smith, who was an art historian. Even though she was married to the British politician Frank Costelloe, he fell in love with her. She felt the same way about him, so she left her husband and two young kids to live with Berenson.

After Mary’s first husband died in 1900, he married Mary. After a few years, Mary fell in love with another man, so Berenson started having affairs with other women, including Belle da Costa Greene, Baroness Gabrielle La Caze, and Elisabetta “Nicky” Mariano.
He died on October 6, 1959, when he was 94 years old. He had lived a long and useful life.