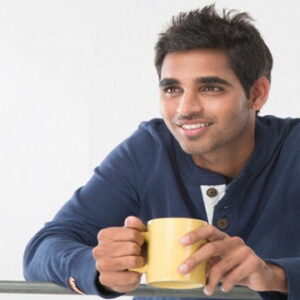 Bhuvneshwar Kumar is a right-arm medium-fast bowler who competes for India in international cricket. He has won recognition for his effective ball movement in all directions. He has played for Central Zone and represents Uttar Pradesh in domestic cricket. He spent his first three seasons with the now-defunct Pune Warriors India before starting his IPL career with Royal Challengers Bangalore. He has had the most success, though, for his current IPL squad, Sunrisers Hyderabad, which won the league in 2016 owing to his 23-wicket total, which was the best in the league. He originally gained notoriety for dismissing famous cricketer Sachin Tendulkar in a first-class match for a duck. He is the only player in history to take his maiden wickets cleanly in every version of the game. He has established himself as a match-winning bowler for India, but he is also a standout hitter who has produced some crucial innings.

Bhuvneshwar Kumar, whose ancestors are from the Bulandshahr village of Luharli, was born on February 5, 1990, in Meerut, Uttar Pradesh. His mother, Indresh Mavi, is a stay-at-home mom, and his father, Kiran Pal Singh Mavi, is an ASP with the Uttar Pradesh Police.

Rekha Adhana, his older sister, is seven years older than he is. When he was 13 years old, his sister brought him to a cricket training facility 7-8 kilometers from their home and accompanied him there on a regular basis until he could go there by himself.

At the Meerut Victoria Club, which is run by former UP wicketkeeper Vipin Vats, he worked out. Sanjay Rastogi, the bowling coach, instructed him on the finer points of using the new ball.

Bhuvneshwar Kumar made his first-class debut at the age of 17 against Bengal and then started playing for the Uttar Pradesh Ranji team in 2007. In the 2008–09 Ranji Trophy final, he unexpectedly shot to fame when he became the first bowler to dismiss cricket legend Sachin Tendulkar for a duck in first-class cricket. He concluded the season with 35 wickets.

He made his first first-class hundred while representing Central Zone in the Duleep Trophy in 2012, advancing his team to the final and preventing a certain loss. His ‘Man of the Match’-winning innings, which he played at No. 8 while the team was behind by 232 runs, was made up of three outstanding partnerships with Praveen Kumar, Murali Kartik, and Rituraj Singh.

Bhuvneshwar Kumar was chosen to participate in the first T20I match against Pakistan at Bengaluru on December 25, 2012, following his outstanding performance as an all-rounder in domestic cricket. He took three early wickets of Nasir Jamshed, Ahmed Shehzad, and Umar Akmal while defending a low total, but India was unable to win the game.

His effective fast bowling with the new ball earned him a spot in the starting eleven for the ensuing ODI series. On December 30, he faced Pakistan in his first ODI, and his first delivery resulted in the dismissal of Mohammad Hafeez.

He failed to collect wickets on a field that was conducive to spin on February 22, when he made his Test debut in the 2013 Border-Gavaskar Trophy’s opening match against Australia. But in the first Test, he demonstrated his ability as a batsman by scoring 38, the highest debut score at No. 10, in a record-breaking ninth-wicket partnership of 140 runs with M. S. Dhoni.

He grabbed three significant wickets in the first innings of the second Test against Australia—David Warner, Ed Cowan, and Shane Watson—but was unsuccessful in his brief second innings cameo. He failed to put the batsmen under pressure in the first innings of the subsequent Test but made up for it by getting rid of Shane Watson, David Warner, and Steve Smith in the second.

The Champions Trophy competition took place in England and Wales between June 6 and June 23, 2013, and he was afterward a member of the squad. He was included in the “Team of the Tournament” by ESPNcricinfo writers for his six wickets at an average of 22.83 and an economy rate of 3.91.

He participated in June–July 2013 Tri-Nation Series against Sri Lanka and the West Indies, where he recorded his career-best 4-for-8 performance against Sri Lanka on July 9. With 10 wickets in four games, he finished the series as the series’ top wicket-taker, earning the title of “Man of the Series.”

During India’s tour of England in 2014, he continued to set all-around records and won the “Man of the Series” award once more, this time in a Test series, despite India’s 1-3 loss. As the first No. 9 Indian batsman, he collected his first and second five-wicket hauls in the first two games of the series and scored three fifties, including two in the opening Test.

He was a member of the Indian team that competed in the 2015 ICC Cricket World Cup, however, due to poor fitness, he only participated in the match against the UAE and missed the other games.

He only played four Tests in 2016, but he returned in top form for the 2017 ICC Champions Trophy, where he helped India win the tournament and was once again nominated to the “Team of the Tournament.”

He scored 5-24 against South Africa in the first T20I on February 18, 2018, guiding India to a 28-run victory. With that, he became the first Indian bowler to record five wickets across all game types.

Bhuvneshwar Kumar was signed by Royal Challengers Bangalore for the 2009 IPL, however, he only appeared in one game for the franchise in his two seasons there. Before the team’s dissolution in 2013, he had been signed by Pune Warriors India in 2011 and had taken 24 wickets in 31 games, including two 3-wicket hauls.

In addition to earning the coveted Purple Cap, he joined Sunrisers Hyderabad in 2014 and helped his team win the 2016 IPL by taking 23 wickets, the most in the competition. With 26 wickets in the following seasons, he was able to keep his Purple Cap. He also claimed five wickets against Kings XI Punjab.

The first Indian bowler to record 5-wicket hauls across all game formats is Bhuvneshwar Kumar. For his first wickets in all three forms, he also bowled out all three of his targets.

At No. 10, he made several records during his first Test match, including the most balls faced (97), the most runs scored (38), and the record-setting 9th wicket partnership of 140 runs.

At a private ceremony in Greater Noida on October 4, 2017, Bhuvneshwar Kumar became engaged to his engineer friend Nupur Nagar, a childhood friend.

They exchanged vows on November 23, 2017, in Meerut, then on November 30, in New Delhi, they organized a banquet for his cricket team pals.

In 2022, his net worth is $9 million or Rs. 65 crores. Cricket is blindly followed in India, where supporters are obsessed with both the sport and the players. Mr. Bhuvneshwar Kumar, an Indian cricket player, is one such team standout. Bhuvneshwar is the driving force behind India’s recent significant triumphs. He is remembered for his exceptional cricketing abilities and is also referred to by his fans and friends as “Bhuvi.” He represents India in cricket as a right-arm medium bowler.

Bhuvneshwar Kumar’s older sister Rekha was in charge of taking care of his cricketing requirements because his father had transferable work. He did, however, miss both her engagement and the wedding because of his domestic cricket commitments.