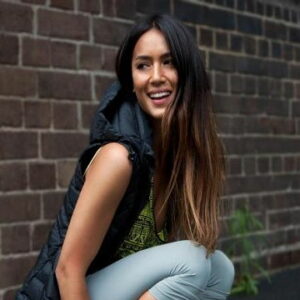 Australian businesswoman, model, and fitness fanatic Bianca Cheah. In 2012, she started the online magazine “Sporteluxe,” which quickly rose to prominence as Australia’s top source for fashion and fitness. As managing director of the business, Bianca is in charge of its strategic growth. Bianca has significantly contributed to the success of “Sporteluxe,” one of Australia’s magazines that is expanding at one of the fastest rates. Bianca has established herself as Australia’s top fitness and health specialist over the past few years. She has received training to teach yoga. By promoting a healthy lifestyle, Bianca has encouraged many people to practice yoga and exercise. Bianca is a social media sensation as well, with more than 166,000 followers on “Instagram.”

Australia’s Queensland is where Bianca Cheah was born. She was born and reared in Tweed Heads, and in 2006, her family relocated to Sydney. Her father is a well-known martial artist who introduced the “Tae kwon do” discipline to Australia. Bianca learned how to keep immaculate skin from her mother, a beauty therapist. While her mother taught her the fundamentals of beauty and well-being, her father taught her the value of remaining fit.

Bianca began practicing tennis at a young age and also formed healthy eating habits. When she started working as a beauty therapist for “Shiseido” at the age of 18, she began her career. She began modeling two years later and went on to work with well-known fitness publications including “Shape” and “Cosmopolitan Body.”

She gained recognition after appearing on the cover of “Fernwood,” which prompted her to sign modeling contracts with companies like “Jaguar” and “Converse.” Bianca made the decision to blog about fitness in 2012 since it had grown to be a significant part of her life. She made the decision to turn her pastime into a company after realizing how extensively read her blogs.

She launched “Sporteluxe,” a digital magazine about fitness and lifestyle, in 2012. “Sporteluxe” became Australia’s top journal for fashion and fitness when it became an instant hit. After coming up with the concept for “Sporteluxe,” Bianca was able to create an online empire in less than two years.

What started off as a simple blog now has two offices and 30 contributors. She is presently responsible for the strategic growth of “Sporteluxe” in her role as managing director. She is a social media sensation with thousands of followers on numerous social media sites. She has more than 166,000 followers on Instagram.

Dan Adair, a well-known fitness expert, trains Bianca Cheah. Three times every week, she does high-intensity exercise. She typically performs four sets of different exercises with 12 repetitions each. Deadlifts, lunges, kettlebell swings, and goblin squats are included in this.

On other days, she concentrates on her cardio workouts, such as a 45-minute run on the treadmill. She works out hard at home and does yoga frequently. Bianca regularly mentions that yoga is a significant part of her workout routine. She is a qualified yoga instructor.

In 2015, Bianca wed Simon Chalmers, her longtime partner, in Southern Highlands, New South Wales. Bianca and Simon share their Sydney home with Sports, Bianca’s pet French Bulldog. Simon and Bianca both enjoy spending their Sundays cooking out on the patio. Bianca enjoys cooking chicken with macadamia nuts. She bakes her food rather than frying it.

She either manages her work or engages in various forms of exercise while she is not cooking. Bianca claims that her life is rather straightforward. She prefers to follow the daily regimen she and her spouse have established. She devised the calendar schedule to help her combine her personal and professional lives. By sticking to the routine, Bianca is able to spend adequate time with her husband and puppy.