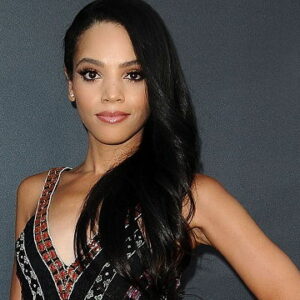 Bianca Jasmine Lawson is an actress who has appeared in films and on television in the United States. She is most known for her performances in the drama series ‘Queen Sugar,’ ‘Goode Behavior,’ ‘Saved by the Bell: The New Class,’ ‘Rogue,’ and ‘Pretty Little Liars,’ among others. She has also appeared in episodes of ‘Sister, Sister,’ ‘The Steve Harvey Show,’ ‘The Vampire Diaries,’ ‘The Secret Life of the American Teenager,’ ‘Witches of East End,’ ‘Buffy the Vampire Slayer,’ ‘Dawson’s Creek,’ and ‘Teen Wolf,’ among others. Lawson has also been in a number of films on the big screen. ‘Primary Colors,’ ‘Save the Last Dance,’ ‘Bones,’ ‘Breakin’ All the Rules,’ and ‘Dead & Breakfast’ were among her notable film roles. She has also acted in a number of direct-to-video films and even worked as a voice actor during her career in the entertainment industry. The American actor is most recognized for his contributions to the computer game ‘Star Wars: The Old Republic.’ Apart from being admired for her acting abilities, Lawson is also appreciated in Hollywood for her young appearance.

Bianca Lawson began acting at the age of nine, appearing in Barbie and Revlon adverts. She was later cast in ‘Saved by the Bell: The New Class,’ a 1993 drama series. She went on to co-host ‘What’z Up?’ after that. Then she portrayed Rhonda Coley in the television series “Sister, Sister.” The actress starred in the drama ‘Goode Behavior’ in 1996. She was cast in the television series ‘Buffy the Vampire Slayer’ a year later. In 1998, Lawson starred in the TV miniseries “The Temptations.” She also acted in the film ‘Primary Colors’ that year.

She was cast as Nikki Green in the sitcom ‘Dawson’s Creek’ a year later, in 1999. Between 2001 and 2009, the American actor appeared in a number of small and big screen projects, including the films ‘Save the Last Dance,’ ‘Bones,’ ‘Breakin’ All the Rules,’ ‘Dead & Breakfast,’ and ‘Broken,’ as well as dramas such as ‘Strong Medicine,’ ‘The Feast of All Saints,’ ‘For the People,’ ‘Haunted,’ ‘The Big House,’

In 2009, Lawson appeared in the television programs ‘The Secret Life of the American Teenager’ and ‘The Vampire Diaries.’ The following year, she starred in the drama series ‘Pretty Little Liars’ as Maya St. Germain. She went on to have a recurring part in ‘Teen Wolf’ after that. Lawson was cast in the drama “Witches of East End” in 2014. She was given a lead part in the series ‘Rogue’ a year later. Then, in 2016, she was cast as a series regular on ‘Queen Sugar.’

Denise Gordy and Richard Lawson gave birth to Bianca Jasmine Lawson on March 20, 1979 in Los Angeles, California, USA. Marvin Gaye III is her half-brother, while Beyoncé and Solange Knowles are her step-sisters. Lawson graduated from Marymount High School and went on to the University of Southern California to study cinema and psychology. She also studied acting at the Stella Adler Studio.

Bianca Lawson is a $2 million dollar actress from the United States. Bianca Lawson was born in Los Angeles, California, and received degrees in psychology and film from the University of Southern California. She started acting while she was in elementary school and has since been in a number of commercials.