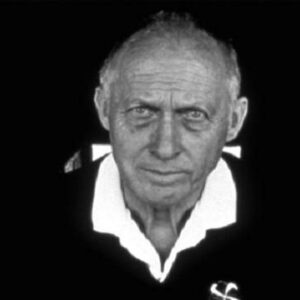 William Jay ‘Bill’ Bowerman is a well-known figure in American sports history as one of the top track and field coaches in the country, as well as the co-founder and chief designer of Nike, Inc. Bowerman has been interested in football since he was in high school, and he used to play for his high school team in Medford and Seattle. The fact that his talent had been recognized only motivated him to pursue it further, and he enrolled in the University of Oregon, where he was a member of the university team. But, rather than playing, he discovered his passion for coaching and began teaching biology and coaching at Franklin High School in Portland, subsequently relocating to Medford. He took a hiatus from teaching and coaching to serve his nation during the assault on Pearl Harbor, and after four years in the American army, he returned to teaching and coaching. From his trips to New Zealand, he became the head track coach at the University of Oregon, where he brought numerous creative strategies that aided athletes, including establishing the concept of ‘jogging’ as a fitness tool to America. He popularized jogging in America by writing numerous books on the subject, and while doing so, he co-founded Nike, Inc., America’s leading athletic shoe manufacturer. He was the company’s head designer, and he committed his life to designing shoes that would assist sportsmen perform better on the field.

Bill Bowerman was born in Portland, Oregon, to the 13th Governor of Oregon, Jay Bowerman. When he was two years old, his parents divorced, and he moved in with his mother in Fossil.
Bowerman attended Medford and Seattle schools and graduated from Medford High School, where he was a member of the state champion football team. After that, he went to the University of Oregon to study journalism and play football.
His first employment after graduation was at Franklin High School in Portland, where he taught biology and coached the football team. The following year, he relocated to Medford, where he taught and coached football.

He entered the American army as a 2nd lieutenant in 1941, during the Pearl Harbor attack, and was sent to Fort Lawton, Washington. He was sent to Camp Hale in Leadville, Colorado, the following year.
When his division landed in Italy in 1944, he was promoted to Major and given command of the 86th Regiment’s First Battalion. He was awarded four Bronze Star Medals and a Silver Star for his service the following year.
Bowerman returned to teaching and coaching at Medford High School in 1945, following his service in the American army.
He was hired as the head track coach at the University of Oregon in 1948.
Bowerman coached the University of Oregon’s world-record-setting 4-mile relay team in 1962. Archie San Romani, Dyrol Burleson, Vic Reeve, and Keith Forman were among the team’s members.
On a trip to New Zealand around the same time, he discovered running as a useful exercise practice. When he returned to the United States, he began spreading the word about jogging by authoring articles, books, and television programs.
In 1964, Bowerman and Phil Knight founded Blue Ribbon, an athletic footwear distribution company that would later become Nike, Inc. He created shoes that were solely for sports use.
Bowerman’s 90-page book, ‘Jogging,’ was released in 1966 after he was influenced by the concept of ‘jogging.’ He co-wrote it with a famous cardiologist, W.E. Harris. The book is credited with popularizing ‘Jogging’ in the United States.
Bowerman invented the renowned ‘Nike Cortez’ in 1968 while working for his shoe company, and it was an instant popularity with athletes. The style is still Nike’s most popular and well-known design. In 1977, Bowerman, Phil Knight, and Geoff Hollister formed ‘Athletics West,’ an American running squad. This initiative resulted in the creation of America’s first formal definite running program for young aspiring athletes.

Bowerman is well recognized for his revolutionary teaching tactics, but his most notable achievement is the founding of Nike, Inc., the world’s most famous shoe company. He was the company’s leading designer, creating shoes such as the ‘Nike Cortez,’ ‘Moon Shoe,’ and others.

The National Distance Running Hall of Fame, the USA National Track and Field Hall of Fame, the Oregon Sports Hall of Fame, and Oregon’s Athletic Hall of Fame all inducted Bill Bowerman.
The US Track & Field and Cross Country Coaches Association established the Bowerman award in 2009. The prize is given to the best male and female field athletes in the world.

Bowerman met his wife Barbara Young in Medford, where he attended high school. Jon and William J. Bowerman, their two boys, were born after their marriage in 1936.
Bowerman died quietly in his sleep in his Fossil, Oregon home on Christmas Eve 1999.

While designing shoes for his company Nike, Inc., Bowerman was known to be preoccupied with the idea of reducing the weight of his players’ running shoes. He used to create in a cramped, stifling room, using dangerous adhesives and solvents that had a negative impact on him and caused serious nerve damage.