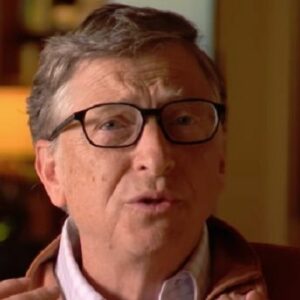 Bill Gates is a co-founder of Microsoft, the world’s largest PC software corporation, and an American business entrepreneur and computer programmer. Gates has held many positions at Microsoft since its founding in 1975, including chairman, CEO, and chief software architect. Since 1987, he has been routinely ranked among the world’s wealthiest individuals as one of the most famous entrepreneurs of the personal computer revolution. Bill Gates was raised to be competitive from a young age as the son of a renowned lawyer. As a young adolescent, he took an interest in computers while still in school and constructed his first computer program. He enrolled in the famous Harvard College after finishing his education, but he did not stay long enough to complete his studies. He dropped out to pursue his passion for computers and formed Microsoft with a former classmate, Paul Allen. The company was a huge success, and within a few years, Gates had established himself as a globally recognized entrepreneur. Bill Gates is a well-known philanthropist who founded the Bill & Melinda Gates Foundation with his ex-wife, Melinda Gates. He is one of the world’s wealthiest people. He has also written and co-authored a number of books. He has also written and co-written a number of novels.

On October 28, 1955, he was born William Henry “Bill” Gates III, the son of William H. Gates, Sr. and Mary Maxwell Gates. His father was a well-known lawyer, and his mother was a member of the First Interstate BancSystem and the United Way boards of directors. He is the younger of two sisters.
He attended Lakeside School, where he developed a passion for computers. He built his first software program on the school’s computer when he was 13 years old, and by the time he was in high school, he and some of his classmates had computerized their school’s payroll system.
Paul Allen, his future business partner, was a senior at Lakeside. At the age of 17, Gates and Allen formed Traf-O-Data, a company that made traffic counters based on the Intel 8008 processor.
In 1973, he graduated from high school. He was a National Merit Scholar with a SAT score of 1590 out of 1600. Later that year, he enrolled at Harvard College. He spent a lot of time on computers as a college student, despite his lack of interest in other topics. Bill’s friend Allen advised him to drop out of college and establish a business instead.

In 1975, Bill Gates and Paul Allen teamed up to form Microsoft (then known as Micro-Soft). Initially, they converted BASIC, a popular programming language for use on computers, for use on microcomputers. It was a success, and they went on to create programming language software for a variety of platforms.
International Business Machine (IBM) approached the team in 1980 with a suggestion that Microsoft build the BASIC interpreter for IBM’s planned personal computer, the IBM PC. Microsoft developed the PC DOS operating system, which they gave to IBM in exchange for a $50,000 one-time payment.
Soon after, Microsoft’s operating systems were extremely popular, and on November 20, 1985, the company released Windows, a graphical operating system shell for MS-DOS. Over the next few years, Windows came to dominate the global personal computer market, with a market share of over 90%. Bill Gates made a fortune as the company’s largest individual stakeholder and saw the company achieve tremendous financial success.
Microsoft Office was first released in 1989. The package combined multiple applications, such as Microsoft Word and Excel, into a single system that worked with all Microsoft products. Microsoft now has a virtual monopoly on PC operating systems because to the success of MS Office.
When the internet began to grow throughout the globe at an alarming rate in the mid-1990s, Gates shifted Microsoft’s attention to the creation of consumer and enterprise software solutions for the web. During this time, the Microsoft Network and the Windows CE operating system platform were among the innovative solutions developed.
Gates stepped down as Chief Executive Officer of Microsoft in January 2000, but he retained his chairmanship. For himself, he created the title of Chief Software Architect. Over the next few years, he gradually delegated his responsibilities at Microsoft to others and began to devote more time to philanthropic endeavors. In February 2014, he stood down as Chairman of Microsoft and now works as a technology advisor to Microsoft CEO Satya Nadella.

Bill Gates is most known for being a co-founder of Microsoft, a multinational technology business that is now one of the most valuable in the world. In terms of revenue, it is the world’s largest software company.

Bill and Melinda Gates received the Jefferson Award for Outstanding Public Service to the Disadvantaged in 2002. In 2010, The Franklin Institute honored Gates with the Bower Award for Business Leadership in appreciation of his achievements at Microsoft and his humanitarian endeavors.
For their humanitarian endeavors in India, Bill and Melinda Gates received India’s third highest civilian honor, the Padma Bhushan, in 2015.

In 1989, Bill Gates met Melinda French, a young Microsoft employee. After a period of getting to know each other, the pair married in 1994. Rory John Gates, Jennifer Katharine Gates, and Phoebe Adele Gates are their three children. After 27 years of marriage, Bill and Melinda split in 2021.

He donated $20 million to the Massachusetts Institute of Technology (MIT) in 1999 for the development of a computer laboratory that was named after him, the “William H. Gates Building.”

Bill Gates founded the Bill & Melinda Gates Foundation (BMGF or the Gates Foundation) in 2000 with his then-wife, Melinda. It is the world’s largest private foundation, with the goal of improving healthcare and reducing severe poverty around the world.

In 2010, Gates, Warren Buffett, and Mark Zuckerberg, the creator and CEO of Facebook, signed the “Gates-Buffet Giving Pledge,” pledging to contribute at least half of their wealth to charity over the course of their lives.

Bill Gates has a net worth of around $130 billion.