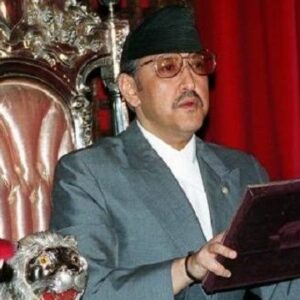 More Facts of Birendra of Nepal

After King Mahendra Bir Bikram Shah Dev’s death in 1972, King Birendra Bir Bikram Shah Dev became the 11th King of Nepal. He was King Mahendra’s eldest son and is often regarded as the best king of all the rulers that have ruled the country. From an early age, he was a gentle and emotional guy who was well-liked by the people of the country as a monarch. He was Nepal’s first monarch who wished for his countrymen to experience true democracy, with a panchayat system that would benefit all. He also advocated for the monarchy’s absolute power to be abolished and replaced with a ‘Constitutional Monarchy.’ Because of his straightforward and democratic ideals, the ‘People’s Movement’ in 1990 was a success. He was the one who proposed the foundation of the South Asian Association for Regional Cooperation (SAARC), which would benefit all of the member countries’ connections and economies.

On December 29, 1945, King Birendra of Nepal was born at the ‘Narayanhiti Royal Palace’ in Kathmandu, Nepal. King Mahendra Bir Bikram Shah Dev was his father, and Crown Princess Indra Rajya Laxmi Devi was his mother.
King Gyanendra and Prince Dhirendra, his two younger siblings, were his parents’ eldest sons.

Princess Shanti and Princess Sharada were his older sisters, and Princess Shobha was his younger sister.
H attended the Jesuit institution ‘St. Joseph College’ in Darjeeling, India, for his early education.
When his grandpa King Tribhuvan died on March 13, 1955, he became the ‘Crown Prince of Nepal’ while still in school.

In 1959, he enrolled in Eton College in the United Kingdom.
After finishing his studies at Eton College, he returned to Nepal in 1964.
He embarked on an independent journey of the nation, visiting villages and monasteries. He subsisted on whatever he could scrounge from the locals.

In 1967, he spent some time at the University of Tokyo in Japan, and from 1967 to 1968, he studied political history at Harvard University in the United States.
He traveled to a variety of Latin American, African, and Asian countries.
He also learned to fly helicopters before becoming the monarch of Nepal in his early years.

After his father, King Mahendra, died on January 31, 1972, he ascended to the throne of Nepal.
With no alternative form of government in place when he gained the king, he had total power. All political parties were outlawed, and he governed through the panchayat system, which included regional and local councils.
He despised the total power he had been given and insisted that his government was a democracy governed by people’s representatives rather than an expensive alternative of several political parties.

In October 1973, he visited India, and two months later, he visited China.
Despite all external influences, he retained the country’s sovereignty.
On February 4, 1975, he was crowned King of Nepal, three years after assuming the throne.
Guests from 60 countries attended his coronation, including the ‘Prince of Wales,’ his Eton tutors, and former classmates.

He also proclaimed that every youngster in the country was entitled to free schooling on the same day.
Nepal was declared a ‘zone of peace’ and a neutral region by King Birendra in 1975 so that it could follow a policy of non-alignment that would bring progress and prosperity. He advocated for a public vote in May 1980 to decide between a multi-party government and a non-party administration. The referendum for a non-party administration received 55 percent of the vote, while the multi-party system received 45 percent of the vote.
Beginning in April 1990, restrictions on political parties began to loosen as more and more student-led organisations demanding a change in the style of government emerged.

On November 9, 1990, he had no choice but to relax the prohibition on political parties as pro-democracy strikes and rioting erupted across the country.

He declared the government to be a constitutional monarchy on November 9, 1990, with Krishna Prasad Bhattarai as Prime Minister.
Various political groups, however, were dissatisfied with this type of administration, resulting in a civil war in 1996 that lasted until 2006.

His brother Gyanendra ascended to the throne in his place.

On February 27, 1970, he married his second cousin Queen Aishwarya Rasjya Laxmi Devi, a Rana family member, in the most spectacular nuptial ceremony ever witnessed.