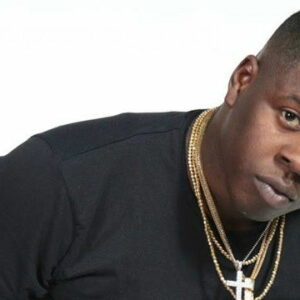 The American rapper Blac Youngsta is best known for his song “Booty.” He gained initial notoriety in his hometown for being the man behind the McMillan Street block parties. With the release of his number-one single “Heavy” in 2015, he rose to fame on a national scale. He has so far put out six mixtapes, one studio album, and a number of singles. The rapper’s current top-charting hits are “Hip Hopper,” which also features Lil Yachty, and “Booty.” Youngsta had to work in a store to provide for his family because his youth was spent in abject poverty. He and his brother were able to eat because his coworkers would give him their leftovers. Youngsta began hawking crack cocaine at the age of 13. He admitted that selling the narcotic to his own aunt was the worst decision of his life during an interview with Vlad TV. The American performer was shot three times in 2015. He asserts that he has no idea why he was targeted but considers himself fortunate to be alive. Despite all of the difficulties and problems, Youngsta has developed into a popular rapper today. Millions of people throughout the world adore him and look up to him as an inspiration.

In 2011, Career Blac Youngsta began throwing block parties in memory of King Craddy, a neighbor who had been killed the year before. He released two mix tapes in 2012, titled “Fast Bricks” and “Fast Bricks 2.” He released “Fast Bricks 3” the next year, which included the song “Heavy.” Youngsta was eventually recruited to the Collective Music Group label in September 2015 after this song became a smash. The rapper later released his mix tapes “Young & Reckless” and “Fuck Everybody” in 2016.

In 2017, he joined Epic Records. In that year, he also released the track “Hip Hopper” from his upcoming debut album 2.23 as well as the mix tapes “Illuminati,” “I’m Innocent,” “Can’t Fake the Real,” and “Heavy Camp.”

The album was released on February 23, 2018, and Travis Scott, Gotti, Lil Yachty, Chris Brown, LunchMoney Lewis, and French Montana all made cameos on it. “Booty,” a song from the album, was remixed by Jeezy, Chris Brown, and Trey Songz.

In 2016, Blac Youngsta was detained by the authorities after withdrawing a sizable sum of money from the bank and was mistaken for a fraudster. Later on, though, the police acknowledged that Youngsta was innocent and that there had been a case of mistaken identity. He was detained in February 2017 for shooting Young Dolph, a rival rapper. Fortunately, Dolph was safe inside his bulletproof SUV during the shooting and suffered no injuries.

Blac Youngsta, also known as Sammie Benson, was born in Memphis, Tennessee, on April 8, 1990. His grandmother raised him and his younger brother in a modest home. He had to frequently go to bed hungry because of his upbringing in poverty. He started peddling drugs to make some money since he could no longer stand his hunger.

In his adolescence, he also experienced a great deal of street violence and was shot at numerous times. Youngsta’s parentage and academic background are unknown. It was once thought that the rapper was gay. He refuted the rumor, though.

As of 2023, Blac Youngsta’s net worth is predicted to be about $7 million. American rapper Sammie Marquez Benson was born.