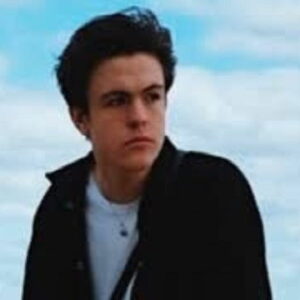 English vocalist and guitarist Blake Richardson is currently a member of the pop-rock band New Hope Club. Richardson, a native of Cheshire County, grew up wanting to be a musician. He has named a few bands and musicians as his inspirations, including McFly, One Direction, Ed Sheeran, and Bruno Mars. He started posting his renditions of different artists’ songs on YouTube when he was 13 years old and became active there. He developed a small fan base, and in late 2015, he co-founded New Hope Club with George Smith and Reece Bibby. They then created a YouTube channel and began uploading covers of songs by Justin Bieber, Shawn Mendes, The Vamps, One Direction, and 5 Seconds of Summer. In May 2017, they released “Welcome to the Club,” their first Extended Play. They presently have a contract with Steady Records. The fact that a few of their songs were used in the 2018 movie “Early Man” is evidence of their rising popularity.

Blake Richardson, 13, launched his YouTube channel on June 1, 2013, with the goal of one day becoming a full-time musician. On July 29, he posted his first video, a version of McFly’s song “That Girl.” On August 15, he published a rendition of The Vamps’ song “Somebody to You.”
Richardson and George Smith founded the New Hope Club in October 2015. After Stereo Kicks broke up, Reece Bibby, a former member of the group that appeared on the eleventh season of “The X Factor UK” in 2014, joined the guys.

The group started its YouTube channel on September 13, 2015, and on October 4, 2015, they published their first video, a version of The Vamps song “Wake Up.” They ultimately caught The Vamps’ notice, who in December signed them to their record label, Steady Records.

They released their debut EP, “Welcome to the Club,” through Hollywood Records via Steady Records on May 5, 2017. With its four songs, which attracted attention from the general public, the band debuted at #5 on the Billboard Next Big Sound chart. They were also nominated for the 2017 Teen Choice Awards’ Choice Next Big Thing award.

On December 1st, 2017, New Hope Club released the Christmas song “Whoever He is.” The 2018 British stop-motion animated historical sports comedy film “Early Man” used two of their songs, “Good Day” and “Tiger Feet,” on its soundtrack.

The Vamps’ 2016 and 2017 spring UK and Ireland tours featured Richardson and his bandmates, and they will do so again in 2018. The lads have also worked with The Tide, Sabrina Carpenter, and Tini Stoessel in addition to The Vamps.

Nik Richardson and Soulla Costanda welcomed Blake Richardson into the world on October 2, 1999, in Cheshire, England. Abbie is the name of his older sister.

Richardson grew up in a middle-class family and had a typical upbringing. He fell deeply in love with music very early in his life. He picked up the guitar with the help of his parents. Since the New Hope Club gained notoriety, Richardson has developed a sizable fan base across a number of social media channels. On Twitter, he has more than 117 thousand followers, and he has more than 267 thousand Instagram followers.

Blake Richardson’s careers as a musician and actor have undoubtedly brought in a sizable sum of money. In actuality, this person’s estimated net worth is about $5 million USD.