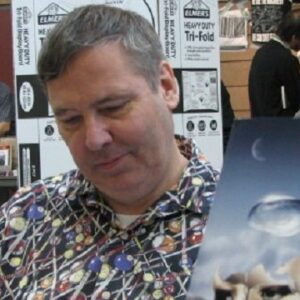 One of the most prominent post-left anarchists is Bob Black. He used his unique, ruthlessly satirical writing style to present his ideas in his novels and essays. He advocated for the elimination of employment and denounced it. Despite the leftist’s desire for full employment, the author believed that society shouldn’t be centered on consumption and production. He believed that work was slave labor. Compulsion is used along with either a carrot or a stick as the incentive. No one labors merely for the sake of laboring. Servility is the required job discipline. He asserts that work can be eliminated by reducing the amount of pointless effort produced and substituting enjoyable diversions for productive work. He advocated for the elimination of housekeeping performed by housewives because, in his opinion, they put in the most effort and work the longest hours. We may eliminate the sexual division of labor by obtaining full unemployment. However, the author does not want to be associated with any anarchist organizations because doing so would mean joining a number of associations. He criticized democracy for not ensuring good judgment. In addition to his advocacy for the abolition of employment, he also developed a reputation for attacking those who held opposing views.

Bob Black claims that a psychiatrist identified him as a bright psychoneurotic child with potential for mild encephalopathy when he was only eight years old.
The author asserts that having been expelled from school four times really provided him an advantage over other kids his age. He was not brainwashed; he voluntarily formed his own opinions.

Bob Black earned degrees from Georgetown Law School and the University of Michigan. In the 1970s, he lost faith in the New Left on issues like changes to gay rights and abortion laws.
He has access to “The Labadie Collection,” which is thought to be the most recent collection of materials documenting the development of anarchist philosophy, at the University of Michigan.

In Ann Arbor, Michigan, Bob Black started a poster project called “The Last International” in 1977. He thought the format was perfect since it allowed him to say whatever he wanted without having to address an editor.
In 1978, Black moved his headquarters to San Francisco. He got involved in publishing, cultural events, and writing reviews and critiques of the less well-known reformists while he was there.

He was accused of threatening to harm their property and attempting to use the law to expel the anarchist periodical “Processed World Collective” from their San Francisco headquarters in the middle of the 1980s.
He claimed in 1989 that a bomb had been sent to him by a member of the “Church of the SubGenius” as retaliation for his writings criticizing the Church, of which he had been a former member.

A compilation of 35 essays and theoretical papers from his time with the “Last International” was released as “Friendly Fire” in 1992. Its goal was to provoke and inspire readers.

The author of “Beneath the Underground,” published in 1994, explored the cultural phenomenon known as the marginals milieu in great detail. A collection of obscure magazine articles, pamphlets, and posters were included in this book.

After paying a visit to Jim Hogshire, a fellow anarchist, in his Seattle apartment in 1996, things between the two became sour when the author accused Hogshire of producing opium and of trying to kill him.
The e-book “Nightmare of Reason,” published in 2010, attacked Murray Bookchin and his legacy. Readers, however, felt the opinions offered to be completely pointless and redundant.

He stated that crime may be utilized as an instrument of social control to serve people which the legal system has not, in 2011, at the “Berkeley Anarchist Students of Theory and Research and Development Conference.”

The 2013 book “Defacing the Currency: Selected Writings 1992-2012” criticizes Noam Chomsky’s writings, which argued for a highly organized society with democratic control over its workplaces and communities.
His most recent work, “Chomsky on the Nod,” is a critique of Noam Chomsky’s beliefs on natural law, natural rights, and anarchism as well as his support for the public fight for greater democracy. It has never before been published.

In the 1985 book “The Abolition of Labor,” the author makes the case that work is the source of all sorrow since it is an activity that is mandated by both economic and political forces.
In reaction to Murray Bookchin, another anarchist, who condemned the post-left anarchist as lifestyle anarchists, “Anarchy After Leftism” was published in 1997. However, the book was unable to refute Bookchin’s primary arguments.

Bob Black is one of the wealthiest and most well-known writers. Our study of Bob Black’s net worth from sources like Wikipedia, Forbes, and Business Insider indicates that it is about $1.5 million.

This well-known anarchist and author demanded the end of work and is credited with saying, “Workers of the globe relax!”