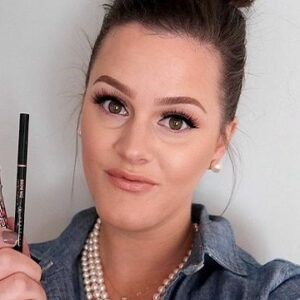 American YouTuber Bonnie Hoellein is well-known for her self-titled channel’s selection of family-friendly videos. Her articles center on the significant events in the lives of her four children and are based on the daily activities of her family members. Her YouTube channel also features a number of tutorials on beauty and makeup. Hoellein enjoys using her camera to document every minute of her life. She does this not only for the benefit of her YouTube business but also so that these videos will serve as keepsakes for her in the future. The American YouTube mama is ecstatic about her life and wants to spread happiness to everyone. She has amassed an enormous reputation on social media thanks to her videos. Hoellein had over 853k subscribers on her channel as of March 2018. She also has some popularity on Twitter, Instagram, and Facebook. She is a charming, powerful, loving, and independent woman whose family comes first in life.

On March 25, 2013, Bonnie Hoellein launched a YouTube channel with the same name. She started off with her “Kansas City” video before moving on to make-up tutorials. Soft Peach Makeup Tutorial, My Foundation Routine, and Eyeliner Tutorial-Step-by-Step were her first three makeup tutorial videos, in that order. Following this, the YouTuber created other videos for her family, including “Daddy Daughter Tag,” “Toddler Boy Haircut,” “Fell Asleep 4 Wheeling,” “Baby Boston,” “Apple Addiction,” “Trick or Treat,” “Hey Jimmy Kimmel,” “I told my kid I ate all their Halloween sweets,” and “Elf on the Shelf Day 1.”

As the process of creating and distributing films proceeded, Hoellein’s channel quickly grew in terms of subscribers. More than 250 videos may currently be seen on her channel. You should watch all of her family videos, such as “Tubing in PARK CITY,” “GOLDEN GATE BRIDGE IN THE RAIN,” “New Years Eve 2017,” and “You STOLE my BIRTHDAY THUNDER,” as well as her beauty and makeup tutorials, such as “Concert Glam Makeup,” “Summer Bronze Makeup Tutorial,” “Makeup Brushes / Morphe Review,” and “My Thanksgiving Look.”

Hoellein also frequently posts videos on her channel about her pregnancy and delivery. These include “Lincoln’s Birth Vlog,” “Cody’s Birth Story,” “Boston’s Birth Story,” and “Cody’s Birth Story / 18 Week Update.” The videos “8yr old Deserves iPHONE X,” “MORNING PLAYTIME,” “Ask FORGIVENESS not PERMISSION,” and “Do I Still Get Dinner” were recently shared by her. https://www.youtube.com/watch?v=TiiofThzE4E

Jennifer and Chad Griffiths welcomed Bonnie Hoellein into the world on November 27, 1985 in Utah, United States. Along with a brother named Beau, she has three sisters named Ellie Mecham, Julie Deru, and Ruby Franke. Her siblings are all YouTube channel owners. In terms of her romantic history, Hoellein is wed to her high school sweetheart, Joel Hoellein. Cody, Olivia, Lincoln, and Boston are the four children that the couple now has. https://www.youtube.com/watch?v=GKpBtPQv72o

Bonnie is one of the wealthiest and most well-known YouTube stars. According to our research, Bonnie Hoellein has a net worth of $5 million, as reported by Forbes, Wikipedia, and Business Insider.