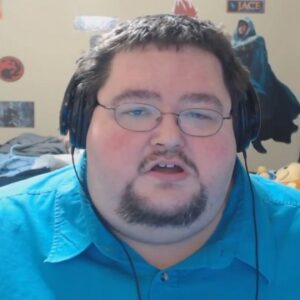 YouTuber Steven Jay Williams, also known online as Boogie2988 or just Boogie, is well-known for his gaming-related rants and videos. He is the creator of the incredibly well-known fictitious character “Francis,” who personifies the prejudices frequently applied to video game gamers. Williams frequently mocks current pop culture, nerd culture, and video game news with this persona. Williams’ enormous online fame is mostly due to Francis, a character who internet users despise and is based on the gamer’s early experiences. This man is undoubtedly one of the most well-known YouTubers in the entire United States, with his channel, “Boogie2988,” boasting over 4 million subscribers. His films include a wide range of topics, from ridiculous and funny rants to important discussions about depression, domestic violence, and fat shaming. Williams, despite being prosperous today, has overcome some extremely challenging circumstances in the past. His admirers already adore him for his hilarious rage videos, but now they are even more impressed by his tenacity and never-say-die mentality. At the 2016 Game Awards, he received the Trending Gamer award, which attests to his enormous popularity.

Because of his extremely challenging upbringing, Steven Jay Williams never had the chance to properly plan his career. He had a rough adolescence after a horrible background, and he frequently found himself sad and even contemplating suicide. He also had a severe weight problem, which affected his sense of self-worth. Thankfully, he had some assistance from his older brother, who taught him how to code and helped him become a web designer. He did not have much success in this line of work though, and before long he was out of money and jobless. Midway through the 2000s, miserable and depressed,

Little did Steven Williams realize at the time, but he would use social media to create a YouTube channel called “Boogie2988,” which would actually save him from the miserable existence he was leading and launch him to fame, fortune, and glory! He uploaded a straightforward gameplay video as the channel’s very first video. He noticed that he was growing his audience as he added more videos to his channel. Many people praised and encouraged him in their comments on his videos. The despondent young man saw great hope in this, and he started uploading a larger range of gaming-related content. One day, lady luck was on his side, and he received a shoutout from well-known YouTuber Ray William Johnson, which significantly improved his situation.

Over the course of his online career, he created the fictitious “Francis,” an adult who is clumsy and speaks with a lisp. Following the shoutout, “Boogie2988’s” subscriber count skyrocketed, giving the up-until-then largely unknown YouTuber significant recognition. He received an invitation to broadcast his content on Twitch.tv as well, as is typical for well-known YouTubers; as of right now, he streams on Twitch.tv three to five times each week.

One of Wanda and Carl Williams’ three children, Steven Jay Williams, was born on July 24, 1974. His mother was a teacher, and his father worked as a coal miner. He was raised in a severely dysfunctional household with a drunken, absent father and a controlling mother. Steven was a young boy who had a hellish life and turned to food, frequently bingeing, for comfort. His bad eating habits contributed to his weight gain, and his violent parents contributed to his emotional illness.

He frequently experienced sadness as a child and had very little self-confidence. He managed to become a web designer with the assistance of his older brother, but his poor self-esteem and health problems made him unproductive in this field. He eventually discovered YouTube and began uploading videos there, which changed the course of his life. He struggled for a long time before ultimately succeeding and becoming wealthy beyond his wildest dreams. Williams’ life isn’t ideal now because he still has health concerns, but it is definitely moving in the right direction at the moment.

On the romantic front, he met Desiree, a woman who accepted him for who he was despite his weight issues and medical issues. 2013 saw the marriage of the pair.

The estimated net worth of Boogie2988  is about $1 million.