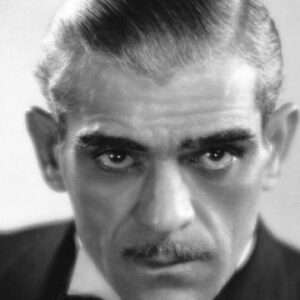 Actor William Henry Pratt, better known by his stage name Boris Karloff, was from England. He portrayed Frankenstein’s monster in the horror movies Frankenstein, Bride of Frankenstein, and Son of Frankenstein, as well as Imhotep in The Mummy. After well-known actor Bela Lugosi declined to play the monster in “Frankenstein,” he was cast in the part. For this act, Karloff received a lot of praise, and he nearly immediately rose to fame. He was also well-known for his non-horror performances in movies like “The Lost Patrol,” which was based on a true event from World War I, and the animated television special “How the Grinch Stole Christmas,” in which he voiced both the Grinch and the narrator. Boris Karloff worked incredibly hard in his early years to establish his acting profession. He spent ten years in Hollywood doing character roles for repertory groups and appeared in 45 silent pictures for Universal Studios. The Last of the Mohicans, Forbidden Cargo, and Tarzan and the Golden Lion were a few of these movies. Following nearly 80 unremarkable films, his appearance as a monster in “Frankenstein,” in which his face was covered in makeup and he spoke nothing, caused a sensation.

Edward John Pratt, Jr. and Eliza Sarah Millard welcomed William Henry Pratt into the world on November 23, 1887, at Forest Hill Road, Camberwell, London. He had eight older siblings, including Sir John Thomas Pratt, a British ambassador, who was one of his brothers. Their older siblings raised him after his mother went away.

Later, his brothers referred to him as the “black sheep of the family” because of his desire to become an actor.
He had bow legs, a speech impediment, and stuttered as a child. He eventually overcome his stutter, but he could not suppress his lisp, which was audible in his movies.

He was raised in Enfield, in Middlesex County, and went to Merchant Taylors’ School, Uppingham School, and Enfield Grammar School. He also attended King’s College in London, where he enrolled in courses that would prepare him for a career in the Consular Service of the British Government. He left school early, nevertheless, and eloped to Canada with his lover Grace Harding, whom he eventually married.

Before beginning to play small roles in plays, Pratt worked as a farm laborer and other odd occupations in Canada. He began going by the stage name Boris Karloff at this time. He joined the Jeanne Russell Company in 1911 and began touring several cities. Later, he became a member of Harry St. Clair Co. and spent a year performing in an opera house.

In California, he also performed with theater groups like the Maud Amber Players and the Billie Bennett Touring Company. He worked as a manual laborer in addition to acting in order to make ends meet when he was trying to launch his acting career. He spent his entire life with back issues as a result.

He made several silent film appearances after relocating to Hollywood, but because of the irregular nature of his job, he was forced to continue doing manual labor. The Masked Rider, The Hope Diamond Mystery, and King of the Wild were some of his early motion pictures. He was typically a bad guy in these movies.

He rose to fame in 1931 thanks to his part in the motion picture “The Criminal Code.” He played a role that he had previously done on stage in an American crime movie. He appeared in the film “Five Star Final” that same year in another significant supporting role as an immoral newspaper reporter.

After Boris Karloff had already made an appearance in about 80 movies, James Whale’s discovery of him in 1931 led to his career-changing success. In 1931, Whale hired him for the lead part in his film “Frankenstein,” which catapulted him to fame. He put on Frankenstein’s monster makeup for the part and spent many hours doing it.
He appeared in two films in 1932: “The Mummy” as Imhotep and “The Old Dark House” as a dumb butler. He also made an appearance in the epic 1934 World War I film “The Lost Patrol” directed by John Ford.

The actor’s core genre became horror movies, and he appeared in several of Universal’s horror pictures, for which he received excellent accolades. He became famous thanks to these roles. In the 1934 film “The Black Cat,” in which he played Hjalmar Poelzig, he was also cast in “Gift of Gab.” The Raven and The Invisible Ray followed in 1935 and 1936, respectively.

He performed a few roles on television beginning in the late 1940s, although none were frequent. He made appearances in shows like “The Veil,” “Lux Video Theatre,” and “Tales of Tomorrow.” Additionally, he played investigator Colonel March in the British television series “Colonel March of Scotland Yard.” He made an appearance in a single episode of “The Girl from U.N.C.L.E.” in 1966.

He developed an interest in radio shows like Arch Oboler’s “Lights Out” in the late 1940s, and in 1949 he hosted “Starring Boris Karloff,” an anthology radio and television series on the ABC broadcasting network.
In the musical version of J. M. Barrie’s play “Peter Pan,” “Peter Pan,” which premiered on Broadway in April of 1950, he played the evil Captain Hook.

He worked on four Mexican horror movies near the end of his life: “The Snake People,” “The Incredible Invasion,” “Fear Chamber,” and “House of Evil.” Following his passing, all four were released.

The parts that made Boris Karloff famous were those in horror movies, particularly the Frankenstein series. Despite the fact that his face was covered by cosmetics, he was praised for his stirring performance and became well-known.

He received a lot of praise for his portrayal as the antagonist in gritty movies like “Scarface” and “The Old Dark House,” as well as “The Mask of Fu Manchu” and “The Mummy.” He gained a reputation as a fearsome actor in the horror genre thanks to his negative performances, and critics began to compare him to performers like Vincent Price and Bela Lugosi.

At 1737 Vine Street for motion films and 6664 Hollywood Boulevard for television, Boris Karloff now has two stars on the Hollywood Walk of Fame.
In 1956, he received a Tony Award nomination for his work in the play “The Lark.”

In its stamp series titled “Classic Monster Movie Stamps,” which was published in September 1997, the U.S. Postal Service represented him as Frankenstein’s monster and the mummy.

His Frankenstein monster character was selected as the “6th Greatest Horror Movie Character of All Time” in 2016 by the British publication “Empire.”

Boris Karloff had five different marriages. His first three marriages ended quickly, but his fourth, to Dorothy Stine in 1930, lasted 16 years. Sara Karloff, a daughter from this union, was his only child. In 1946, he wed Evelyn Hope Helmore, which was his final union. They remained together till his passing.
He has dressed up as Father Christmas and given gifts to physically challenged kids on Christmas every year since 1940.

He lived in England at his country home in the Hampshire village of Bramshott after retiring. He underwent a spinal procedure in 1944 after experiencing severe arthritic symptoms.

He had been a heavy smoker for a long time, which caused him to develop emphysema and severely damage his lungs. He was admitted to the hospital in 1968 with bronchitis. At the age of 81, he passed away from pneumonia on February 2nd, 1969.

At the time of his passing in 1969, English actor Boris Karloff had a net worth of $20 million. In November 1887, Boris Karloff was born in Camberwell, London, England, and he died in February 1969. His work in horror films made him the most well-known actor.