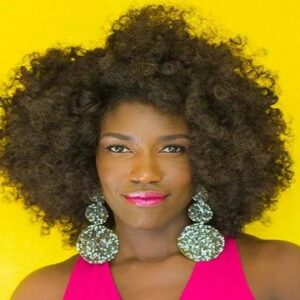 Executive Bozoma “Boz” A. Saint John (formerly Arthur) is of Ghanaian and American descent. She was a former marketing executive at Apple Music and iTunes and currently serves as Uber’s Chief Brand Officer. Saint John, an immigrant who grew up in the US, was an aspirational person who firmly believed in the American ideal. After completing her schooling, she started working right away. She began her career by working in a variety of positions at numerous advertising companies before temporarily holding the position of vice president of marketing for Ashley Stewart. She joined PepsiCo in 2005 as a Senior Marketing Manager and oversaw the company’s marketing effort centered around music festivals. After working there for ten years, she was employed by Beats Music, a subscription-based online music streaming business that was eventually purchased by Apple Inc. During that time, she reinvented and revolutionized many industry practices. Saint John rose up the ranks quickly and was appointed head of international consumer marketing for iTunes and Apple Music. She decided to join Uber as its Chief Branding Officer in 2017 after several conversations with Travis Kalanick, then the company’s CEO, and Arianna Huffington, with the goal of making it as well-known as Apple.

Bozoma Saint John had a variety of low-paying jobs before starting her career. Arnold Worldwide, a Boston, Massachusetts-based advertising agency, gave her her first important job. She started working as a senior account executive for Spike DDB, a Brooklyn, New York-based advertising agency founded by director Spike Lee, in 2000.

When PepsiCo offered her a position as its new Senior Marketing Manager in March 2005, it was one of the most significant events in her professional life. She welcomed the changes and progressively implemented them, which enabled the multinational corporation to maintain its competitiveness in the new millennium.

It was her idea to create the Music and Entertainment Marketing division, which assisted the business in more effectively gaining access to all music-related markets by supporting music festivals and award ceremonies. Naturally, she was chosen to lead the department, and she did so for the following ten years.

Saint John also held the position of Vice President of Marketing and E-commerce for Ashley Stewart, a fashion and lifestyle company well known for its plus-size women’s clothes, from November 2009 until January 2011.

Due to her prior experience in the music industry, Beats Music’s co-founder and chairman of the board Jimmy Iovine personally hired her to lead the marketing division. 2014 saw Apple Inc. purchase Beats Music and Beats Electronics for $3 billion in cash and equity.

Soon after, Saint John was appointed to lead Apple Music’s and iTunes’ global consumer marketing division. She excelled in that position and made a substantial contribution to Apple’s continued domination of the technology industry. She was the one who came up with the idea for the well-known Taraji P. Henson, Mary J. Blige, and Kerry Washington Apple commercial. She also orchestrated Beyoncé’s legendary Super Bowl XLVII performance.

When Saint John switched from Apple to Uber in June 2017, the latter company was accused of poaching, although Saint John herself refuted the claims. During a time of unrest, she joined a multinational transportation technology company.

One of its founders, Travis Kalanick, has left the company after growing claims of sexual harassment. She became confident that joining Uber as its chief branding officer was the right move for her career after speaking with Kalanick and Arianna Huffington, co-founder of The Huffington Post and a member of the Uber board.
Saint John became a member of the American Advertising Hall of Fame in 2014.

In any case, in 1991 she relocated to Colorado Springs with her parents, her three younger sisters, and herself. Her father, a clarinetist and former Ghanaian Parliament member (served from 1979 to 1981) had previously served in the Ghanaian army. He studied at Wesleyan University in the US and later graduated with a Ph.D. in ethnomusicology from there.

Saint John has cited her father as her greatest source of motivation. Saint John followed in his footsteps by enrolling at Wesleyan and earning a Bachelor of Arts in English and African American Studies in 1999.

While working at PepsiCo, she met her future husband, Peter Saint John. Burkitt’s lymphoma caused Peter’s death in 2013. Lael Saint John was their daughter together. She and Lael relocated from New York City to Los Angeles after her husband’s passing, where she now resides. Saint John collaborated on the production of the 2012 short film “Vet,” starring Mfundo Morrison.

One of the wealthiest and most well-known business executives is Bozoma Saint John. Our study of Bozoma Saint John’s net worth from sources including Wikipedia, Forbes, and Business Insider indicates that it is roughly $1.5 million.