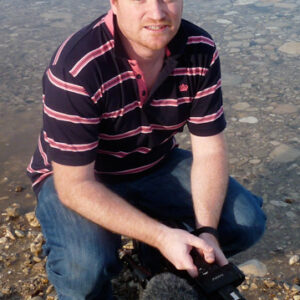 Brady Haran is an Australian former BBC journalist best known for his educational videos for BBC News and later, after becoming an independent filmmaker, for his own YouTube channels. He has a number of YouTube channels and blog websites under his belt, and he frequently interacts with scientists and notable academics. He started with his pet project on scientific stories, called ‘Test Tube,’ and now has a number of YouTube channels and blog websites under his belt. One of his most famous initiatives is the ‘Periodic Videos’ series, which is hosted by lecturers from the University of Nottingham and offers videos on chemical elements and the periodic table. ‘Sixty Symbols,’ for example, is about physics and astronomy symbols; ‘Numberphile,’ about mathematical numbers; and ‘Objectivity,’ which he hosts, is about “interesting objects.” He has co-hosted the podcast ‘Hello Internet’ with another educational content developer, CGP Grey, since 2014. The podcast was a huge hit in the United Kingdom, the United States, Germany, Canada, and Australia, where it topped the iTunes podcast charts. It was included on Apple’s list of best new podcasts in 2014, and ‘The Guardian’ named it one of the top 50 podcasts of 2016.

In August 2002, he relocated to Nottingham, United Kingdom, to work as a BBC reporter. Within a few years, he was a part of the BBC’s iCan campaign, which allowed ordinary people to visit the BBC’s website and use it as a tool for their own campaigns, no matter how big or little.

Brady sought to elicit stories worthy of broadcast on BBC TV, radio, or the internet from these individuals. He worked for the BBC on ‘East Midlands Today,’ ‘BBC News Online,’ and numerous BBC radio stations throughout his time there. The BBC was so impressed with his work that they educated him as a video journalist so he could make TV films. While this piqued his interest in filmmaking, he had a strong desire to report on science.

He decided to pursue his enthusiasm for such stories in a side project called ‘Test Tube,’ and while working on it, he met British chemist Sir Martyn Poliakoff. The two struck up an instantaneous friendship that will last for the next decade. Brady opted to release small movies of his raw footage on YouTube because he didn’t think extended documentaries were the suitable platform for his films.

He left the BBC in March 2009 to pursue YouTube full-time and became the creator of a dozen instructional YouTube channels, including ‘Numberphile,’ ‘Periodic Videos,’ ‘Sixty Symbols,’ ‘Computerphile,’ ‘BradyStuff,’ and others.

Brady Haran, a self-described scientific nerd, says he feels compelled to share the fantastic things he learns with others. He aims to capture how science works through the perspective of scientists in his videos. While he covers scientific breakthroughs as they happen, he emphasizes that he is merely a bystander in the filmmaking process, allowing him to examine matters from the perspective of ordinary people who are not members of the scientific community.

His ‘Hello Internet’ podcast features in-depth debates on serious themes that are presented in a fun manner, making it accessible to all. Professor Martyn Poliakoff, the bulk of the ‘Periodic Videos’ presenters, keeps the audience captivated with his “mad scientist” hair and bizarre experiments. Brady’s content is also updated on a regular basis. The film on xenon from his successful series ‘Periodic Videos,’ for example, was re-uploaded to honor chemist Neil Bartlett, who invented the first noble gas compounds.

Brady’s Behind the Scenes John Haran was born in Adelaide, Australia, on June 18, 1976. During the Vietnam War, his father, Peter Haran, was a member of the Australian Army’s 2nd Royal Australian Regiment and worked as a handler for the tracking dog Caesar. Brady has a teacher sister named Kalea who currently resides in Singapore. He is married to Kylie Pentelow, an ITV newsreader.

His father went on to become a novelist, writing a series of novels about his wartime experiences. Brady visited Vietnam with his father when he grew up, wanting to go beyond the stories and experience “the smells, the topography, the noises.” To share the experience with his viewers, he created a series of short movies on his YouTube account, ‘BradyStuff.’ Brady offered additional information on relevant themes via separate short “bonus” movies that accompanied the original narrative, while his father told some of the stories himself.