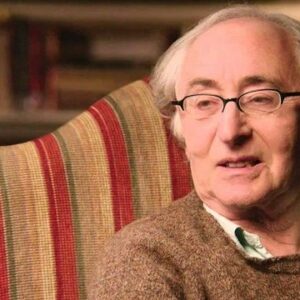 The Welsh theoretical physicist Brian Josephson won the 1973 Nobel Prize in Physics for predicting the Josephson Effect. He was born and raised in Cardiff, but he went to college at the University of Cambridge and stayed there until he got his Ph.D. When he was still in college, he became interested in superconductivity. He soon came up with the theory of “Josephson’s effect,” which won him the Nobel Prize in Physics eleven years later. After a short time doing postdoctoral work in the United States, he went to work at the University of Cambridge, where he worked for the rest of his life. He became interested in the supernatural at the end of the 1960s. Trinity College has a long history of studying the supernatural, which may be why he was so interested in it. Soon, much to the dismay of the scientific community, he began to say that things like telepathy, psychokinesis, homeopathy, and so on might be real. “Take nobody’s word for it” (nullius in Verba) is his life motto, and he has stuck to it very closely.

Cardiff High School was where he went to school. During school, his physics teacher Emrys Jones had a big impact on him. Jones was the one who taught Brain about theoretical physics.

In 1957, when he went to Trinity College, Cambridge, he chose to study math. After a while, he got bored of it and changed the subject. In the end, he got his bachelor’s degree in physics in 1960 and went back to the same university to get his master’s. In 1962, he got his MS.

During college, Josephson became known for how smart and accurate he was. Philip Anderson, who won the Nobel Prize, was one of his professors. Later, he would say that having Josephson in the class was “disturbing” because if he made a mistake, he would meet with Josephson after class and fix it.

Rudolf Mossbauer discovered the Mossbauer effect in 1958. Josephson wrote a paper about it at some point. In it, he brought up some important points that other researchers had missed.

Right after he graduated, he went to work as a research scholar at the Cavendish Laboratory at Cambridge University. While he was still in college, he became interested in something called “superconductivity.” He soon began to look into the properties of a place where two conductors meet.

Through his experiments, he found out about the “Josephson Effect.” Later, the place where the two tracks met was called “Josephson Junction.” His calculations were published in “Physics Letters” on July 1, 1962, with the title “Possible new effects in superconductive tunneling.”

In 1964, Josephson got his Ph.D. “Non-linear conduction in superconductors” was the subject of his doctoral thesis. Then, in 1965, he went to work as a research assistant professor at the University of Illinois, where he stayed until 1966.

At the end of 1966, he went back to Cambridge. The next year, he was put in charge of research at the Cavendish Laboratory as the assistant director of research. After that, he joined the university’s Theory of Condensed Matter group, which he stayed a part of until the end of his career.

He was made a Reader in Physics in 1972. Then, in 1974, he was given a full professorship, which he kept until the end of his career.

By the end of the 1960s, Josephson was interested in the philosophy of mind, especially how the body and mind are connected. After he won the Nobel Prize in 1973, he did a lot of work on this subject. He started to think that things like telepathy and psychokinesis might have some basis in reality.

In 1975, he joined the faculty of the Netherlands’ Maharishi European Research University. The next year, he went to California to meet a group of physicists from Lawrence Berkeley Laboratory who were working on different parapsychological phenomena using ideas from Bell’s theorem and quantum entanglement.

In 1978, he put together a group of people from different fields to talk about consciousness at Cambridge University. Later, in 1980, he and V.S. Ramchandran put together a book called “Consciousness and the Physical World” that was based on the proceedings.

He worked as a visiting professor at Wayne State University, the Indian Institute of Science in Bangalore, and the University of Missouri-Rolla from 1981 to 1987. At the same time, he set up many conferences and symposiums on this topic.

In 1996, he started the “Mind–Matter Unification Project” at the Cavendish Laboratory to study intelligent processes in nature. He also believed in “water memory,” which is how homeopathic medicines are said to work, and “cold fusion,” which is an idea for a type of nuclear reaction that would happen at room temperature.

In 2007, Josephson stopped working at the University of Cambridge, but he kept working on his own projects. He thought his colleagues’ criticism was based on bias and told them they were wrong for rejecting some ideas so quickly.

The most important of Brian Josephson’s works is his work on quantum tunneling, which led to the discovery of “Josephson’s effect.” According to his theory, a current could tunnel through a thin insulating barrier between two weakly coupled superconductors even when no voltage was applied. When voltage was applied, the current oscillated at a high frequency.

Later, Philip Anderson and John Rowell did tests at Bell Laboratory to prove Josephson’s discovery, which became known as “Josephson’s Effect.” It also led to a lot of new ideas in computer science and medicine.

Brian Josephson won the Nobel Prize in Physics in 1973 “for his theoretical predictions of the properties of a supercurrent through a tunnel barrier, especially the so-called Josephson effects.” He split the prize with Leo Esaki and Ivar Giaever, who came up with the idea on their own.

In 1976, Brian Josephson tied the knot with Carol Anne Olivier. They have a daughter together.

Since the early 1970s, he has been doing transcendental meditation. He thinks that meditation can lead to both spiritual and scientific insights.