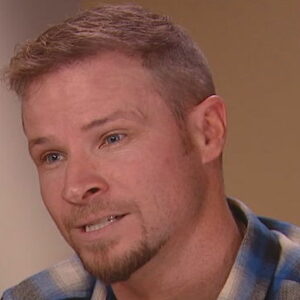 American singer-songwriter and actor Brian Littrell was given the name Brian Thomas Littrell at birth. He is most known for being a member of the Backstreet Boys, a musical vocal group. He has a solo album called “Welcome Home,” which includes the hits “In Christ Alone,” “Wish,” and “Over My Head.” He has so far released eight studio albums, three compilation albums, one live album, 28 singles, and 25 music videos as a member of the Backstreet Boys. As lead performers on various hit songs, the trio has recorded them. These songs include “Shape of My Heart,” “Incomplete,” “We’ve Got It Going On,” “I’ll Never Break Your Heart,” “Anywhere for You,” “As Long as You Love Me,” “Show Me the Meaning of Being Lonely,” and “In a World Like This.” Along with the Backstreet Boys, Littrell has been in a lot of movies and television shows. Regarding the American singer’s accolades and successes, his tune “In Christ Alone” won the 2006 GMA Dove Award in the category of “Inspirational Recorded Song of the Year.” He was admitted to the Kentucky Music Hall of Fame in 2015.

1993 saw Brian Littrell join the Backstreet Boys. The band experienced tremendous success in the USA, Latin America, Europe, and Asia in the late 1990s and early 2000s. The albums “Backstreet Boys,” “Millennium,” “Backstreet’s Back,” and “Black & Blue” were all released during this time. The Backstreet Boys have additionally appeared on a number of TV programs, including “Sabrina the Teenage Witch,” “Arthur,” “Sesame Street,” and “Saturday Night Live.” The Hits: Chapter One, the band’s compilation of their best songs, was released shortly after.

They released their album, “Never Gone,” in 2005. The following year, Littrell released his debut solo album, Welcome Home, which featured the singles “Welcome Home (You),” “Wish,” and “Over My Head.” The Backstreet Boys then released their album “Unbreakable” in 2007. The albums “This Is Us” and “In a World Like This” came after that. Along with his bandmates, Littrell made an appearance on the comedy program “This Is the End” in 2013. The quartet played on the ABC channel’s “Greatest Hits” three years later.

On February 20, 1975, Brian Thomas Littrell was born in Lexington, Kentucky, in the United States to Jackie and Harold Baker Littrell, Jr. He is a cousin of Kevin Richardson, a member of the Backstreet Boys, and has an elder brother named Harold. Littrell was a student at Tates Creek High.

In 1997, he got to know Leighanne Wallace, a star. On September 2, 2000, the pair exchanged vows in Atlanta, Georgia. Baylee Thomas Wylee Littrell, who was born on November 26, 2002, is the only child Littrell and Wallace have together.

The American singer-songwriter Brian Littrell has a fortune estimated at $45 million. Littrell is most known for being a member of the Backstreet Boys, an all-male vocal group. The Backstreet Boys enjoyed tremendous success in the 1990s and the early 2000s, and their fame has significantly increased Littrell’s current net worth. Despite this, Brian has gone on to have a fruitful solo career in addition to his work with the Backstreet Boys. He issued his solo album, titled “Welcome Home,” in 2006.