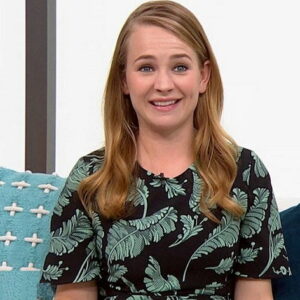 Britt Robertson is an award-winning American actress who has appeared in a number of films and television shows. After watching television soaps as a child, she desired to be an actress. Britt Robertson was chosen to play a role in the film ‘The Ghost Club,’ which was released in 2003, after a brief struggle in Los Angeles. She has been in over a dozen films and television shows since then and has come a long way in her profession. She’s worked alongside luminaries such as Julia Roberts. She was most recently seen in the 2015 film ‘Tomorrowland,’ in which she co-starred with Hollywood superstar George Clooney. Britt Robertson is in high demand these days after winning multiple awards for her outstanding performances in films.

Britt Robertson was born in Charlotte, North Carolina, on April 18, 1990, to Beverly and Ryan Robertson. She is the eldest of the seven children born to the marriage.

Her family moved to South Carolina, where she grew up until she was fourteen years old. Britt Robertson was moved by the film “Pretty Woman” and aspired to be an actress, according to sources. She says, however, that the daytime dramas she watched on a frequent basis affected her decision to seek a career in acting.

She later relocated to Los Angeles, where she auditioned for a variety of television shows. She was chosen for a role in a television series, but the project was never completed.

Britt Robertson’s luck changed soon after, as she landed a role in the 2003 film ‘The Ghost Club.’ She appeared in the film ‘Growing Pains: Return of The Seavers’ a year later, playing Michelle Seaver. In late 2004, the television station ‘ABC’ aired this film.

In 2007, she starred as the daughter of famed actor and comedian Steve Carell in the comedy-drama film ‘Dan In Real Life.’ The picture was a financial triumph at the box office.

In the 2008 film ‘The Tenth Circle,’ she played Trixie Stone, which was produced by the American television network ‘Lifetime.’ The film was based on the acclaimed novel of the same name by well-known author Jodi Picoult.
She also appeared in two more television shows in the same year, notably ‘Swingtown’ and ‘Law & Order: Special Victims Unit.’

Britt Robertson was a member of the cast of many television shows from 2009 until 2012. ‘Law & Order: Criminal Intent,’ ‘Three Rivers,’ Avalon High,’ and ‘Life Unexpected’ were among them.
Britt Robertson’s next appearance was in the 2011 television series ‘The Secret Circle.’ L.J Smith, who previously wrote the critically acclaimed ‘Vampire Diaries,’ wrote this supernatural teen drama. The series, however, was cancelled after the first season.

The much-anticipated thriller ‘Scream 4’, the fourth installment of the world-famous franchise, was also released in 2011. In this film, she portrayed the role of Marnie Cooper. ‘Video Girl’ and ‘The Family Tree,’ both released the same year, were her other two pictures.

She starred alongside renowned actor Eddie Murphy in the drama film ‘Mr. Church.’ Charlie Brooks, her character, was at the center of the plot.
Her future films, ‘A Dog’s Purpose’ and ‘The Space Between Us,’ have piqued the interest of many of her fans.

In 2015, she received two ‘Teen Choice Awards’ nominations for her roles in the films ‘Tomorrowland’ and ‘The Longest Ride.’ In the same year, she received a ‘CinemaCon Award.’
She was included in ‘Nylon Magazine’s’ list of ’55 Faces In The Future,’ which was published in one of their editions – ‘Young Hollywood.’

Britt Robertson is dating Dylan O’Brien, a well-known actor and musician. They met on the set of the 2011 film ‘The First Time,’ where they worked together. Her grandma, who accompanied her to her first few auditions, was very close to her. Britt Robertson, on the other hand, has been living alone since the age of 16.
Britt Robertson revealed in an interview that her LA pals were her family, who even cooked for her and made her stay in the city very comfortable.

Britt Robertson is a singer-songwriter from the United Kingdom. Britt Robertson’s net worth is reported to be $3 million dollars. She was born in Charlotte, North Carolina. Britt Robertson began acting in school plays after being home-schooled. Her first notable appearance was in the indie film “The Ghost Club” in 2000, and she went on to star in television movies such as “Jesse Stone: Night Passage,” “Women of a Certain Age,” and “Growing Pains: Return of the Seavers,” for which she gained additional recognition.

She ran across actors Hilary Duff and Frankie Muniz frequently while in Los Angeles. She tried her hardest to make friends with the performers, but they were largely uninterested in her. It could have been because of the age difference between Britt Robertson and the two actors, according to Britt Robertson.