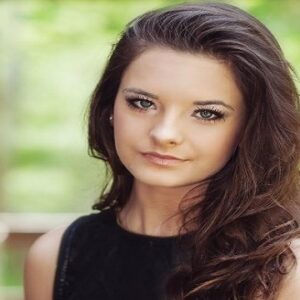 Brooke Hyland is an American singer and dancer who rose to prominence after appearing on the reality show ‘Dance Moms’ at a young age. Brooke Hyland began dancing training at the age of nine and quickly became a member of the ‘Abby Lee Miller Dance Company.’ Brooke Hyland hasn’t looked back since then, and she’s become an inspiration to a lot of people. She published a song called “Summer Love Song” in 2012-13, as well as the album “Brooke Hyland.” She established her YouTube account, ‘Brooke Hyland,’ more than a year ago. On this channel, she has a number of videos, including ‘A Peek-A-Boo Christmas,’ ‘Chicago Adventures,’ ‘Creek Falls Cliff Jumping,’ and ‘Brooke Hyland Question And Answer.’ On the popular image-sharing platform ‘Instagram,’ she has a large number of followers. Brooke Hyland is also well-known on other social media platforms, such as ‘Facebook’ and ‘Twitter.’

Brooke Hyland has loved singing and dancing since she was a child. By joining the ‘Abby Lee Dancing Company,’ she chose to take her passion to the next level. She appeared on the television reality show ‘Dance Moms’ in 2011, which helped her acquire a lot of attention.

She also appeared in the music video ‘It’s Like Summer’ that same year. Brooke Hyland began singing in 2012 and released the track “Summer Love Single.” The song was first released on iTunes on July 24th of that year, and it frequently appeared in the top 10 music lists made at the time.

In 2013, she published her first full-length album, ‘Brooke Hyland,’ which was well-received. She followed up with a series of further videos on various internet sites. The majority of these were covers of well-known tunes.

Brooke Hyland has a large following on the social media platforms ‘Instagram’ and ‘Twitter’ thanks to her ability and stunning appearance.

She recently created a YouTube channel, titled ‘Brooke Hyland,’ and has already uploaded a few videos. The majority of them have received over a hundred thousand views and a lot of positive feedback.

Brooke Hyland’s mother, Kelly, is thought to have been involved in the heated dispute, which drew the notice of the cops. Brooke Hyland and her sister have ceased attending Abby Lee Miller’s dancing sessions after the bitter feud.

Brooke Hyland was born on January 30, 1998, in Murrysville, Pennsylvania, to Kelly and Randy Hyland. Paige and Josh, her younger siblings, are her other siblings. Paige Hyland is another well-known social media personality who is well-known on the microblogging platform ‘Twitter.’

A large number of individuals are currently following her on the web.

Brooke Hyland, an American dancer, has a net worth of $500 thousand dollars as of 2022.