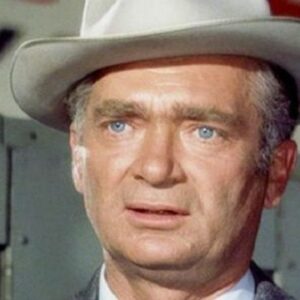 Buddy Ebsen, an American actor, and dancer is best known for his role as “Jed Clampett” in the 1960s sitcom “The Beverly Hillbillies.” Additionally, he played the titular role for nearly seven years on CBS’s detective drama “Barnaby Jones,” which was created by Edward Hume. Ebsen began his career as a dancer on Broadway and later joined up with his sister Vilma Ebsen to form a vaudeville act. The twins later relocated to Hollywood in quest of greater opportunities in the entertainment industry. Vilma’s career did not last for very long, though, and she eventually left the entertainment industry after starring alongside her brother in their debut MGM film, “Broadway Melody of 1936.” Ebsen later appeared with Frances Langford and Judy Garland in numerous other films, such as “Born to Dance” and “Broadway Melody of 1938.” He entered the world of television after becoming a well-known film actor and made appearances in a number of well-liked TV shows.

Ebsen had two sisters, including Vilma Ebsen, and was the middle child. His father supported Ebsen’s desire to pursue dancing training because he ran a dance facility.

Ebsen moved to Orlando, Florida, with his family in 1920, where he finished his schooling. He left Orlando High School in 1926 with a diploma and enrolled at the University of Florida in Gainesville, Florida, to study medicine.

He enrolled in Rollins College in Winter Park, Florida, a year later, but had to leave after only two years because of financial difficulties. He subsequently started singing and dancing as a means of support.

Buddy Ebsen traveled to New York City with his sister Vilma after dropping out of college in quest of better opportunities. He had to work in a soda shop to make ends meet because he had so little money. The twins began appearing in bars and eventually created their own dancing show for vaudeville. Because of their vaudeville performance, which they also performed on Broadway, they were known as “The Baby Astaires.”

Ebsen also appeared in Broadway productions of “Whoopee,” “Flying Colors,” and “Ziegfeld Follies of 1934,” which caught the notice of Walter Winchell, a New York columnist, who gave the Ebsen siblings positive reviews. As a result, they were given the opportunity to perform at the Palace Theatre in New York City.

Ebsen and his sister were given the opportunity to take part in a screen test before Metro-Goldwyn-Mayer offered them a two-year contract and a subsequent two-year extension. They each received $1,500 weekly under the contract at the time.

The pair made their MGM debut in 1935 with “Broadway Melody of 1936.” Vilma Ebsen eventually decided to withdraw from the movie industry when a contract disagreement stopped her from appearing in any more movies.

Before turning down Louis B. Mayer’s offer of an exclusive deal with MGM, Ebsen appeared in two more MGM movies. Ebsen did, however, accept a job offer for MGM’s 1939 movie “The Wizard of Oz,” but he was forced to quit the set because of health issues brought on by the aluminum dust that was used in the makeup.

Ebsen saw his acting career reach rock bottom after the conflict with MGM and had no reliable offers. He developed a passion for sailing, and thanks to his skill at sea, he was given the chance to instruct aspiring United States Navy officers on the topic during World War II. After being twice turned down for a commission as an officer in the military, he later made a comeback to acting with a television part in 1949.

He worked on various television shows throughout the course of the following four decades, helping him to become very well-known. He began acting in the 1962 season of the American sitcom “The Beverly Hillbillies,” which debuted on CBS in 1962 and ran until 1971. He gained enormous popularity among the audience thanks to his portrayal of “Jed Clampett” in the show.

He signed a deal to play the lead role in the detective series “Barnaby Jones” two years after “The Beverly Hillbillies” came to an end (1973–1980). He portrayed the title role for the full eight seasons and 178 episodes of this television series, which was his second longest-running program.

Ebsen continued to work up until 1999 and made appearances in a number of television programs, including “Burke’s Law,” “Stone Fox,” “CBS Summer Playhouse,” and “Matt Houston.”

Buddy Ebsen’s seven-decade acting career saw the height of his success when he portrayed the laid-back mountain climber “Jed Clampett” in the CBS sitcom “The Beverly Hillbillies.” He was actually considering retiring when the creators of the series gave him the offer to play one of the main characters on the show. He decided otherwise after reading the script, though, and continued to appear in the program for the entire run (1962-71). Over the duration of his acting career, this was the show he had been a part of for the longest.

Between 1973 and 1980, he portrayed “Barnaby Jones” in the well-known detective series of the same name. Despite the critics’ lack of enthusiasm for his character at the start of the show, he gained a lot of fame for this role.

For his great work in the film and television industries, Buddy Ebsen received a star on the Hollywood Walk of Fame at 1765 Vine Street as well as one on the St. Louis Walk of Fame.

In his lifetime, Buddy Ebsen was married three times. In July 1933, he wed Ruth Margaret Cambridge in his first union. After having two daughters together, the couple later divorced in January 1945.
In September 1945, Ebsen wed Lieutenant Nancy Wolcott, with whom he had four children and a son. Nevertheless, their marriage also terminated in divorce in 1985, over 40 years after it began. His final union was with Dorothy Ebsen, with whom he lived until his passing in 2003.

Buddy Ebsen, 95, passed away from respiratory failure on July 6, 2003, at Torrance Memorial Medical Center in Torrance, California. As per his request, his mortal body was burned, and his ashes were dispersed at sea.

Buddy Ebsen, an American actor, and dancer had a $2 million fortune. Buddy Ebsen died in July 2003; he was born in Belleville, Illinois, in April 1908. In his seven decades of performing, Ebsen is most recognized for his appearances as Jed Clampett in The Beverly Hillbillies and as Barnaby Jones, the show’s titular character. Ebsen began his acting career in 1936 with the movie Broadway Melody, giving him slightly under 100 performing credits to his name. Before falling ill from the character’s makeup, he played George Russell in the television series Walt Disney’s Wonderful World of Color from 1954 to 1955. Ebsen played Hunk Marriner in the television series Northwest Passage from 1958 to 1959. From 1962 through 1971, he played Jed Clampett, one of his most well-known characters, on the television series Beverly Hillbillies. His most well-known performance was Barnaby Jones, a lead character in the TV series Barnaby Jones, which ran from 1973 to 1980. From 1984 to 1985, Ebsen played Roy Houston in the television series Matt Houston. He received a TV Land Award in 2004 and a Golden Boot Award in 1984. At 1765 Vine Street, Ebsen received a star on the Hollywood Walk of Fame in 1960. At the age of 95, Buddy Ebsen passed away on July 6, 2003.

This seasoned performer was renowned for his enormous height.

He was a folk artist and an enthusiastic coin collector.

Due to his desire to retire in 1980, the television series “Barnaby Jones” was canceled after the ninth season.