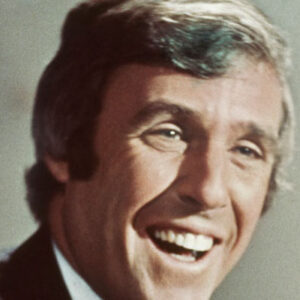 American composer, songwriter, singer, pianist, and record producer Burt Freeman Bacharach is well-known. He won three Oscars and six Grammy Awards for his outstanding musical achievements, including “Raindrops Keep Fallin’ on My Head.” This seasoned composer’s distinctive style is characterized by unusual chord progressions influenced by his jazz harmony training, as well as the stunning and original way he selects instruments for small orchestras. Bacharach, who is regarded as one of the finest popular music composers of the 20th century, collaborated with lyricist Hal David for many years and created the lyrics to many of his top successes. In 2012, this pair became the first writing partnership to be awarded the Gershwin Prize for Popular Song by the Library of Congress. Among other musicians, Dionne Warwick sang several of their hits. As of 2014, 73 of his tracks as a songwriter was included in the US Top 40 list and 52 in the UK Top 40 list. His co-written songs “On My Own,” “Raindrops Keep Fallin’ on My Head,” and “The Look of Love” all reached the top of the Billboard Hot 100. Bacharach, a well-known proponent of “easy listening,” also had a significant impact on chamber pop and Shibuya-kei.

He was born on May 12, 1928, in Kansas City, Missouri, in a Jewish household. His parents were amateur painters and songwriters Irma M. (née Freeman) and renowned syndicated newspaper columnist Mark Bertram “Bert” Bacharach. He was raised in Queens’ Forest Hills.

When he was younger, his mother made him practice the piano; but, as he got older, he became interested in jazz. He graduated from Forest Hills High School in 1946 after attending. He frequently used a fake ID to enter the nightclubs on 52nd Street where he enjoyed bebop music by Dizzy Gillespie and Count Basie. Later, their aesthetic would influence his songwriting.

He studied music at the Music Academy of the West and Mannes School of Music before receiving his Bachelor of Music degree from Montreal’s McGill University in 1948. He once studied under Darius Milhaud, who he regards as having had the most influence. Under Milhaud’s supervision, he wrote a “Sonatina for Violin, Oboe, and Piano.”

After serving in the US Army, he worked as a pianist and conductor for three years with Vic Damone, a well-known American singer. The Ames Brothers, Polly Bergen, and Paula Stewart were among the singers for whom he also performed the same job (later his first wife). He occasionally collaborated with vocalists like Joel Grey at resorts in New York’s Catskill Mountains.

He became well-known while directing and arranging the Lola-Lola nightclub performances of the famous German-American singer and actress Marlene Dietrich. In 1956, Peter Matz, a composer, suggested him to the diva. Up until the early 1960s, he occasionally toured the world with Dietrich and served as her part-time music director. Five years into their relationship, Bacharach announced his desire to focus only on songwriting.

He began writing together after meeting lyricist Hal David in 1957 at the Brill Building in New York City. Their song “The Story of My Life,” written by them and performed by American country artist Marty Robbins, gave them their big break that year. The song spent four weeks at the top of the US country chart and came in at number 15 on the Billboard Top 100 chart.

In February 1958, British crooner Michael Holliday released a cover of “The Story of My Life” that quickly rose to the top of the UK Singles Chart. Another song, titled “Magic Moments,” written by Bacharach and David with music by the latter, took its place. Perry Como recorded it in 1957 for RCA Records. By accomplishing this accomplishment, Bacharach and David became the first lyricists to produce two UK top-charting singles in quick succession.
In 1961, he stumbled upon Dionne Warwick (who later became a famous singer, actress, and television show host). She was employed as a session accompanist at the time. In 1962, Bacharach and David’s popular song “Don’t Make Me Over,” which they also wrote and produced, served as her professional recording debut.

Singer Jerry Butler gave Bacharach the task of recording “Make it Easy on Yourself,” a song he and David had co-written, giving him his first chance to handle the entire recording process of one of his own compositions. The song was published in 1962 and quickly gained popularity.

Bacharach and David formed a composition relationship in 1963 as a result of the ongoing popularity of their earlier joint efforts.

In the years that followed, Bacharach and David wrote a number of songs specifically for Warwick to play that went on to become big blockbusters. Some of these are “Anyone Who Had a Heart,” “Walk On By,” “I Say a Little Prayer,” and “Do You Know the Way to San Jose,” among others (1968).

Burt Bacharach released his debut solo album, “Hit Maker! Burt Bacharach Plays His Hits,” on the Kapp Records label in 1965. Although it received little notice in the US, it rose to #3 on the UK album charts. His later albums include “At This Time” and “Woman” (1979). (2005). He received the Grammy Award in 2006 for Best Pop Instrumental Album for the latter.

In 1967, he signed on with A&M Records as an artist, and from 1967 through 1978, he produced both original material and arrangements of his well-known songs for the label.

He gradually increased his profile by penning hit songs for a variety of performers, including the Carpenters, Tom Jones, B. J. Thomas, Dusty Springfield, and Gene Pitney. The majority of his recorded work was produced, organized, and conducted by him.

He contributed music to numerous movies throughout the years, including “After the Fox” (1966), “Casino Royale” (1967), and “Lost Horizon” (1973). Poor reviews for “Lost Horizon,” whose songs were composed by Bacharach and David, caused a split between the two, which eventually led to the end of their successful, years-long collaboration. However, they came back together for a short time in 1975 and created some music.

Meanwhile, for his contributions to the 1968 musical “Promises, Promises,” he received a Grammy Award in 1969 for Best Musical Theatre Album. Raindrops Keep Fallin’ on My Head was written and produced by Bacharach and David for the American Western movie Butch Cassidy and the Sundance Kid (1969). The duo received a Grammy and Academy Award for the song.

He co-wrote “Arthur’s Theme (Best That You Can Do),” from the wildly successful 1981 American comedy film “Arthur,” with Carole Bayer Sager, Christopher Cross, and Peter Allen. This song won him a share of the Academy Award for Best Original Song. The following year, he wed Carole, with whom he co-wrote several successful songs, including “On My Own,” “Heartlight,” and “Making Love” (1982). (1986).

Dionne Warwick, Elton John, Gladys Knight, and Stevie Wonder all contributed to the 1985 cover version of the Bacharach and Carole song “That’s What Friends Are For,” which went on to win Grammy Awards for Song of the Year and Best Pop Performance by a Duo or Group with Vocals in 1986.

On September 29, 1998, he worked with Elvis Costello and released the album “Painted from Memory” on Mercury Records. The two won a Grammy that year for “Best Pop Collaboration with Vocals” for the song “I Still Have That Other Girl.”He has been on television programs like “The Merv Griffin Show,” “Nip/Tuck,” and “The Tonight Show Starring Johnny Carson,” as well as in television commercials for drinks like Martini & Rossi and all three Austin Powers movies (1997, 1999, 2002).

In 2009, Berklee College of Music awarded him an honorary Doctorate of Music.

He had four marriages. The first one ran from December 22, 1953, to 1958, and featured American actress Paula Stewart.

On May 15, 1965, he then wed American actress Angie Dickinson; their marriage terminated on August 4, 1981, when they divorced. Their Asperger’s syndrome-diagnosed daughter Nikki committed suicide in 2007 at the age of 40.
From April 3, 1982, through July 11, 1991, he was married to American lyricist, singer-songwriter, painter, and novelist Carole Bayer Sager. Christopher was a boy they adopted.

From his fourth marriage to Jane Hansen, whom he married in 1993, he also had a son named Oliver and a daughter named Raleigh.

In 2013, he released his autobiography, Anyone Who Had a Heart.

Burt Bacharach is a record producer, songwriter, and composer with a $160 million net worth. From the late 1950s to the 1980s, Burt co-wrote a large number of pop tunes with lyricist Hal David. In the late 1950s, he started working with Hal David, and the two went on to form one of the greatest songwriting teams in music history. They produced numerous #1 singles, and their collaborations with the classically trained pop/R&B vocalist Dionne Warwick from the 1960s to the 1980s continue to be well-liked today.